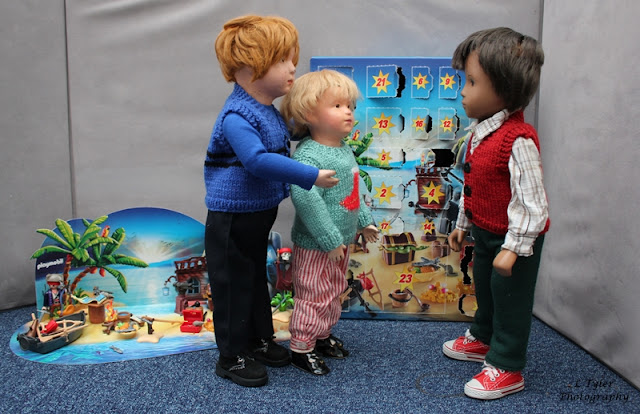 Of course he can.  Henry replies. 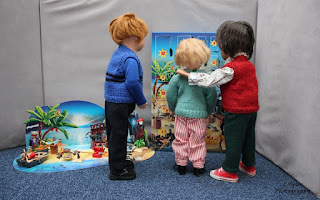 Here you go Oliver William.  Henry says as he holds his arm around little Oliver's shoulders.  Do you know what to do? 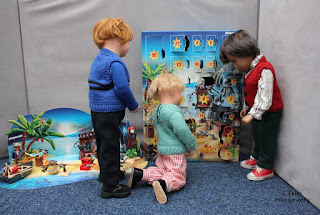 Oliver William does indeed and is delighted to find a very large door to open for today. 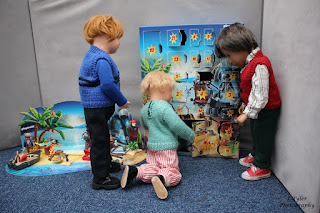 Wow, just look at the size of these double doors.  He exclaims as he opens them. 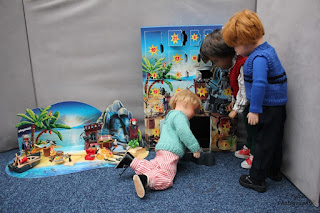 He pulls out the little gift while the boys watch. 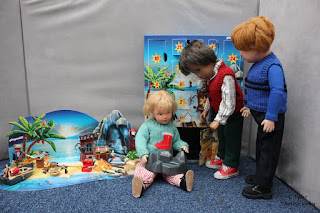 It is like a magic rock.  He tells them.  It has a button on it.

I wonder what that is for?  Henry says. 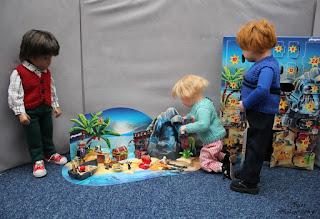 I'm going to put it here at the entrance of the cave.  Oliver William tells them. 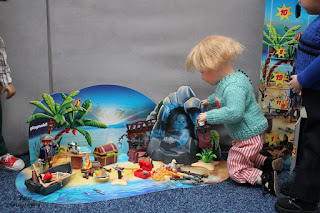 This is just where it is supposed to be. 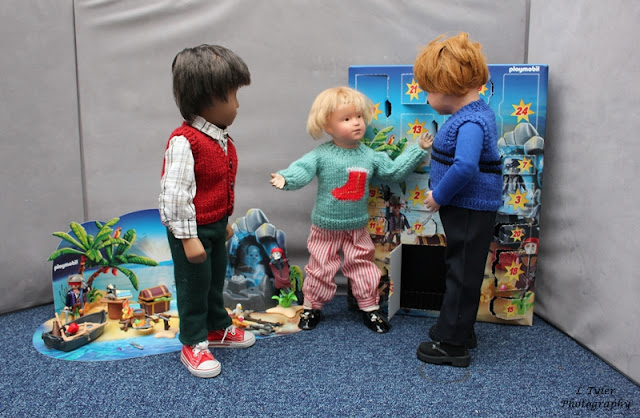 It was THIS big!  He tells Lewis. 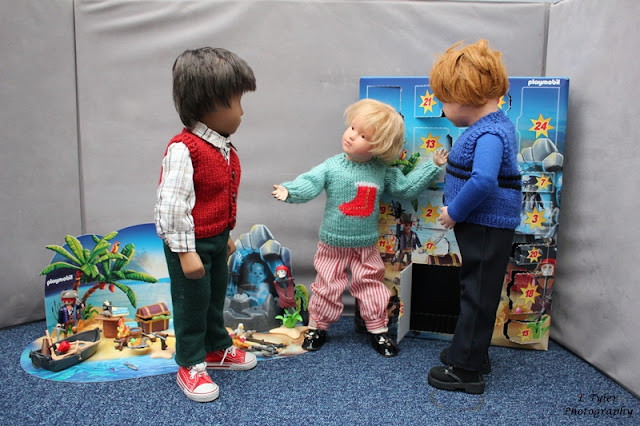 It WAS Henry.  I'm going to tell the other boys how big my gift was...

and off he toddles.