For Valentines Day I got a little gift of the Mini 'Beforever' American Girl Doll Julie Albright.  I already had an earlier cloth bodied mini AG Julie, so thought I would do a comparison between the two. The boxes are different...On first appearance I guess you could say that the newer box is 'fancier' but with more plastic on the front it is flimsier. 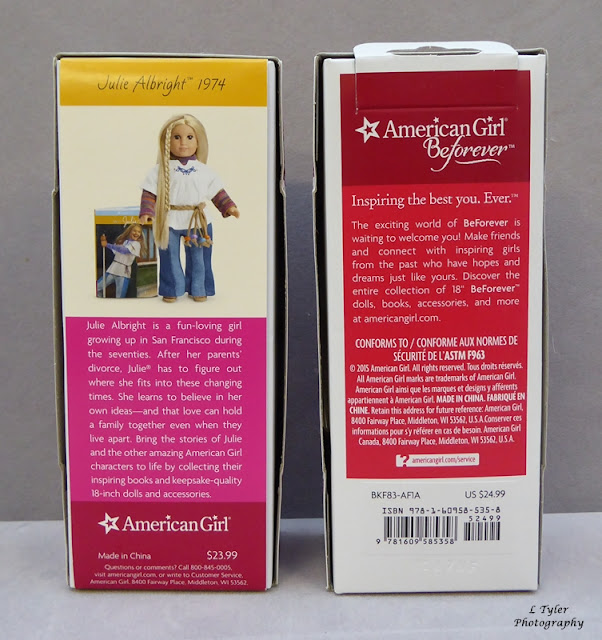 On the back there is a picture of Julie on the older box, but not on the newer.  I like the description on the older box as well, it tells a little bit more about the actual character of Julie Albright. 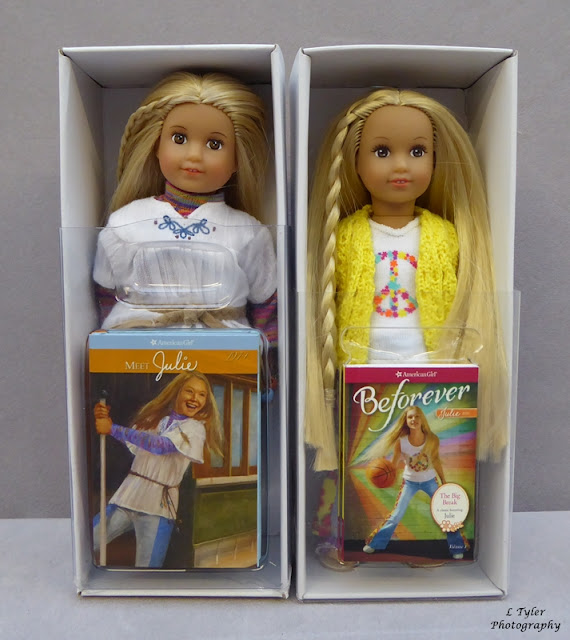 Opening up the box, you can immediately see that the earlier book is bigger.  It is also a hardback compared to a paperback that the newer ones are. 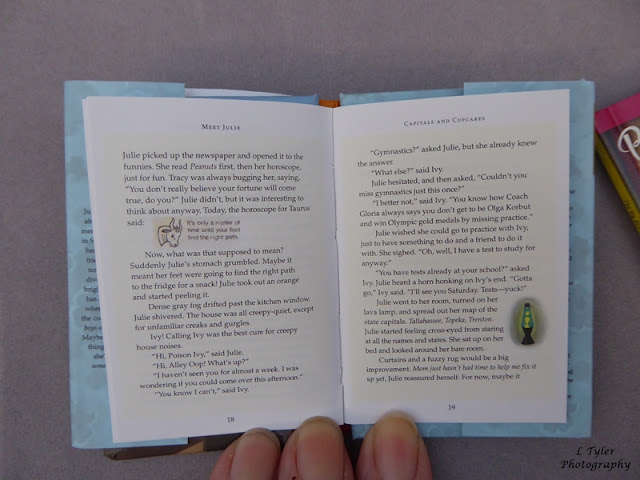 The older books are lovely, they are just big enough that you can read them, and they are also illustrated and have a dust cover. 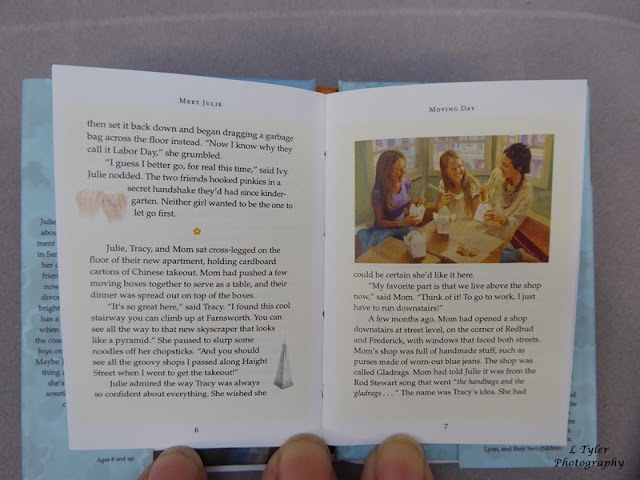 I think these first books were very good quality. 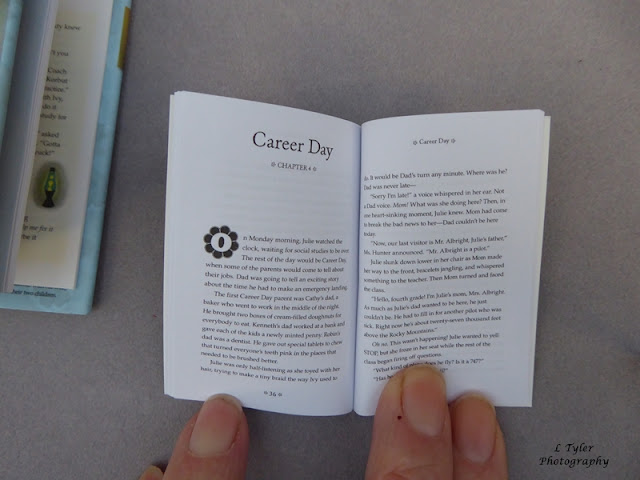 The newer books are tiny!  They are much harder to read as the print is a lot smaller, plus there are no illustrations.  I can imagine they wouldn't last as long either if they were used due to have a soft cover as the pages are glued not sewn in.  This is one of the biggest disappointing things in my opinion of these newer Mini American Girl dolls.  The price of them isn't cheaper, despite the lower quality book. 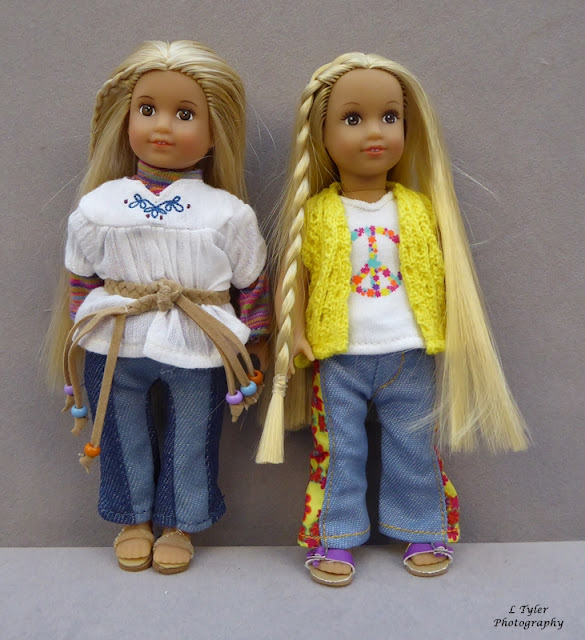 Comparing the two dolls side by side we can see they are similar height with the older soft bodied doll being not as slim as the hard bodied doll.  She also has a more rounded face.  Cloth body Julie wears the original outfit, whereas the hard bodied Julie has the newer 'Beforever' outfit.  I think they are both fun outfits, but I especially like the yellow waistcoat. 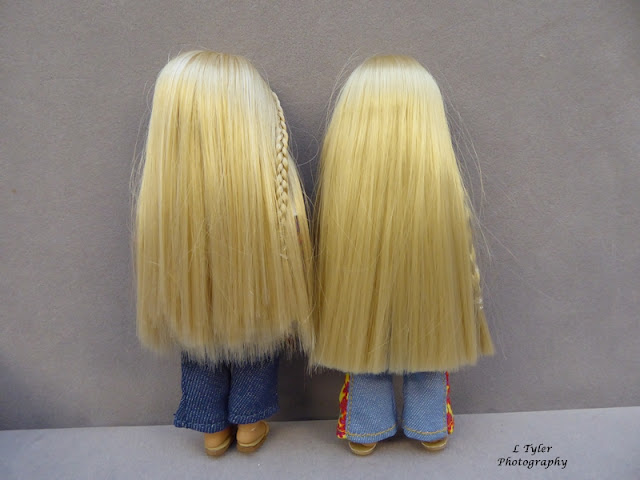 Their hair is long, but the new girl has a blunt cut as shown compared to the original Julie's more layered look.  The girl on the right has especially soft hair, but possibly not as thickly rooted as the girl on the left. 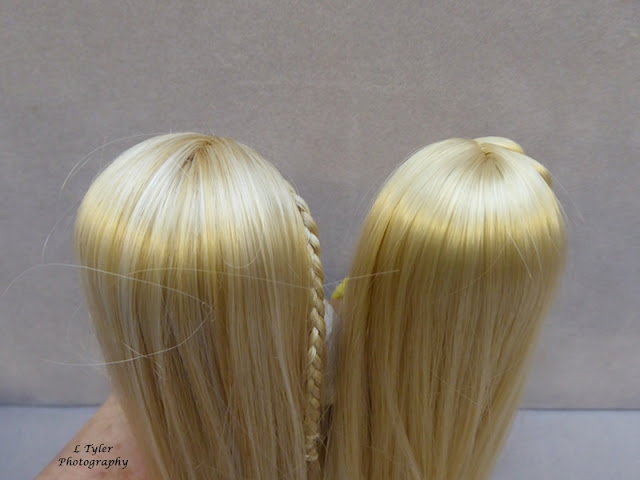 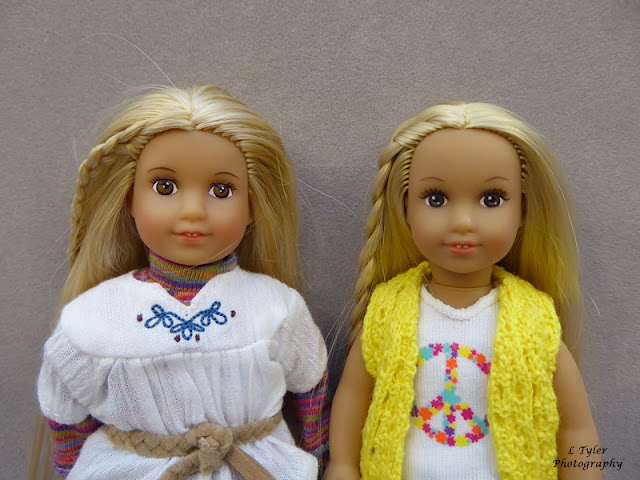 They both have very pretty faces.  I can't quite decide which face I like best, they are both different even though similar. 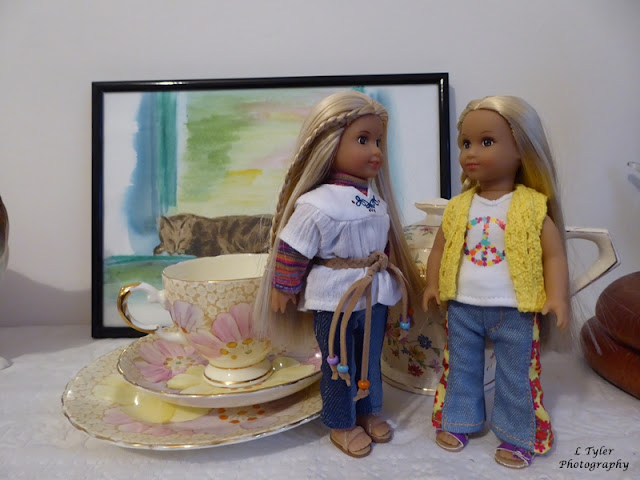 Are you my twin?  Julie One asks Julie Two 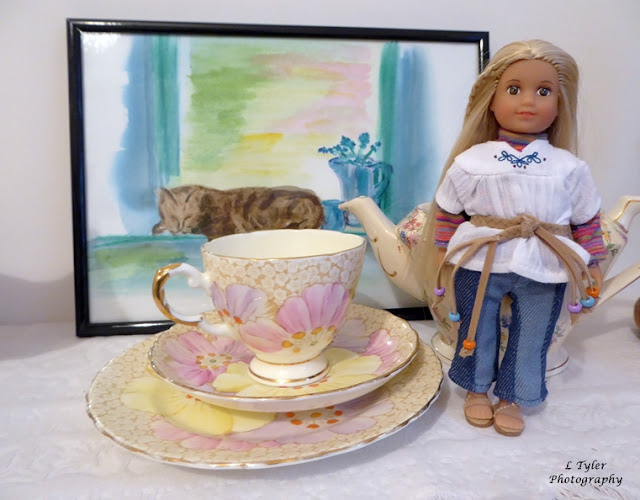 Julie Two stands better on her own, partly due to her full plastic body.

I can foresee that the newer Julie will probably see more action than the older Julie, who up until now has remained in her box.  Sad though that is.  I was a child in the seventies, so Julie is my era.  I also had long blonde hair as a child.  I think I will have fun with her.