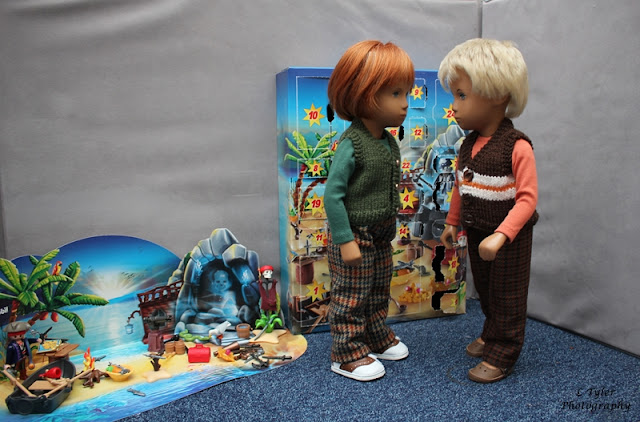 Rory and Edward were startled by a noise near or was it 'in' the Advent Calendar this morning.

What do you think it might be?  Rory asks Edward.

I'm not sure.  Edward replies.  Shall we have a look? 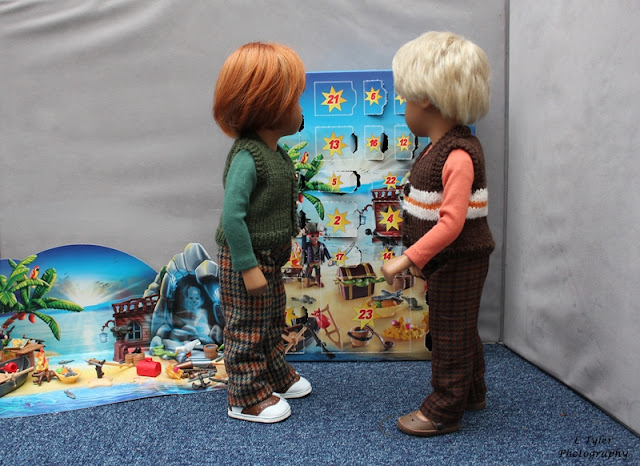 I'm not sure.  Rory says cautiously.  What if it is something scary?

Oh I hadn't thought of that.  Edward says.  But hey, it is an Advent calendar, surely it can't be anything scary. 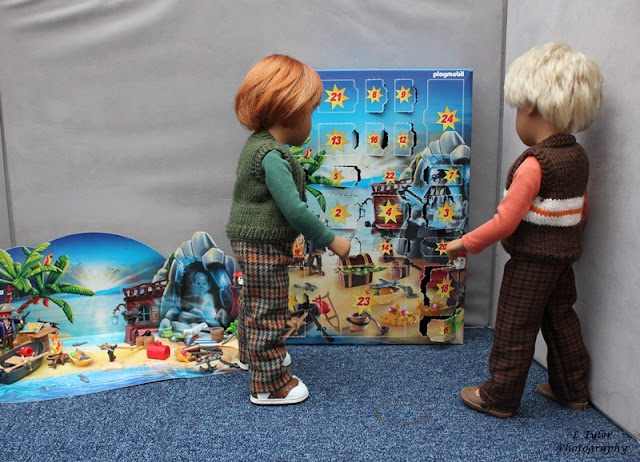 Sure thing. Edward says as he looks for the door for today. 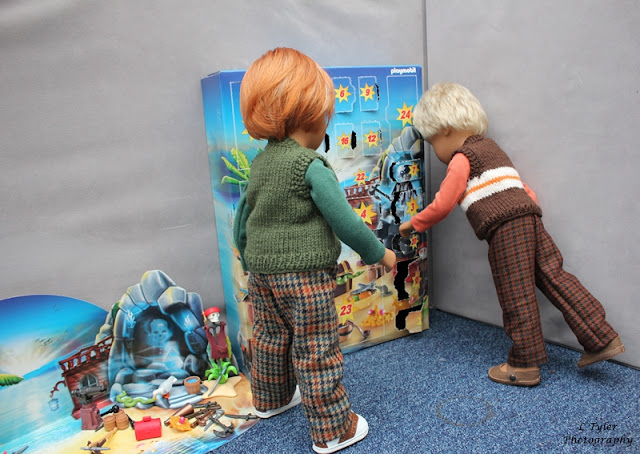 In his rush, he almost trips over, but he has found it. 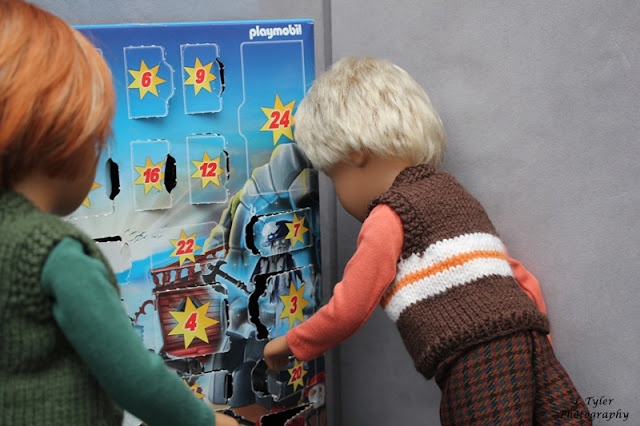 I can definitely hear some rustling.  He says as he opens the door. 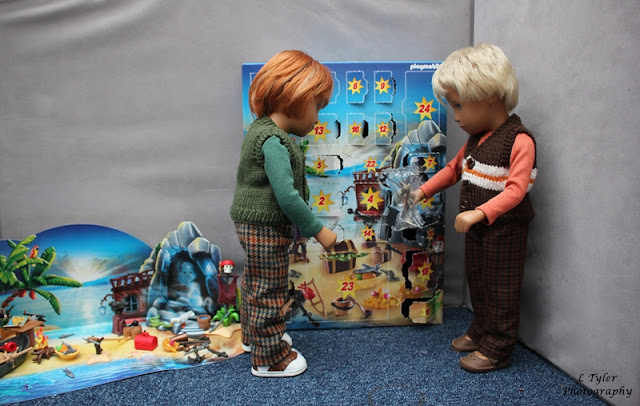 Look, the bag is moving!  He shows Rory. 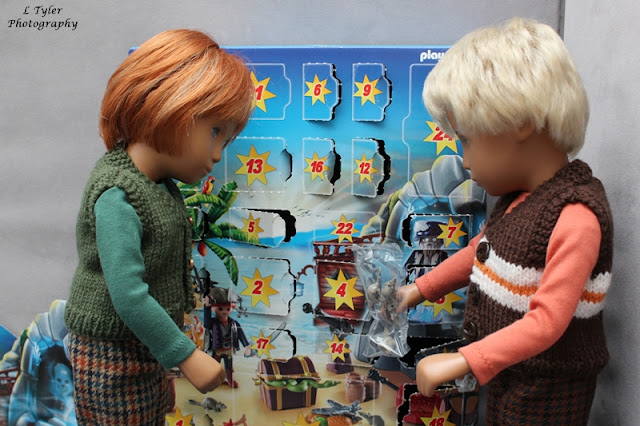 Goodness...is that what I think it is inside? Rory asks. 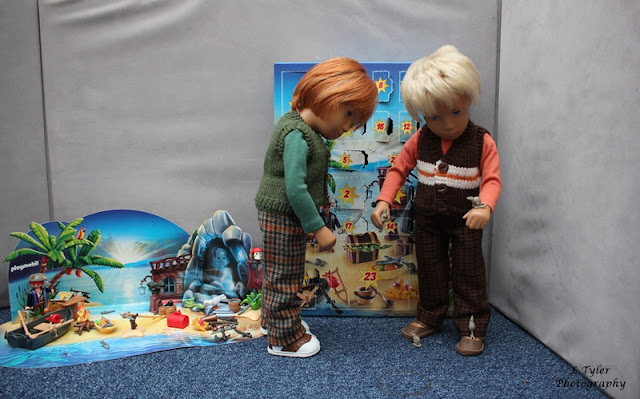 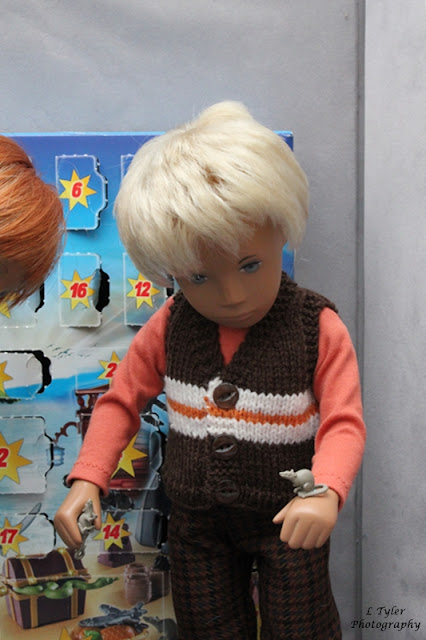 Rats!  Albeit small ones fortunately. 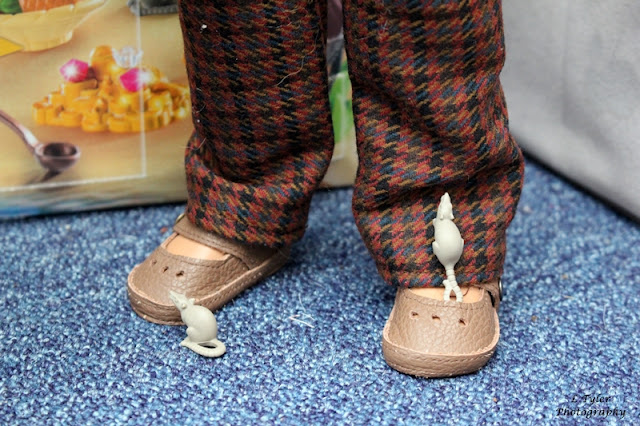 They seemed to be everywhere. 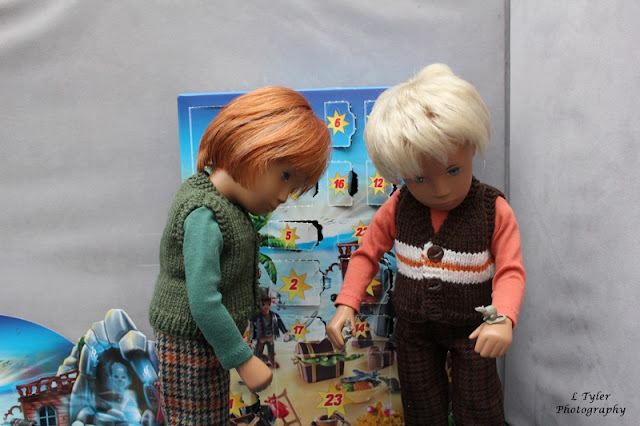 They are crawling up you.  Rory says as Edward looks at his hand in surprise. 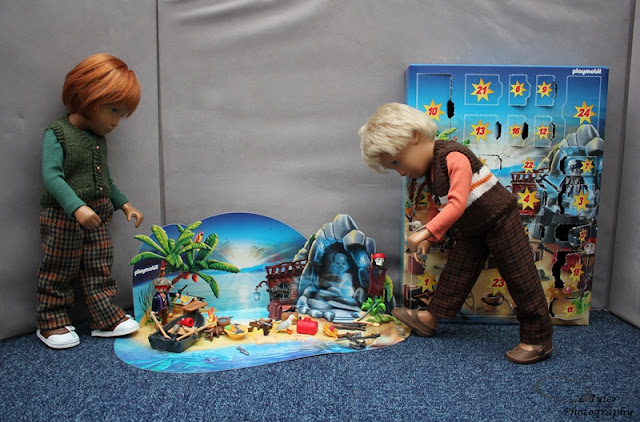 Quickly Edward puts them down on the little Island scene, hoping they will stay there. 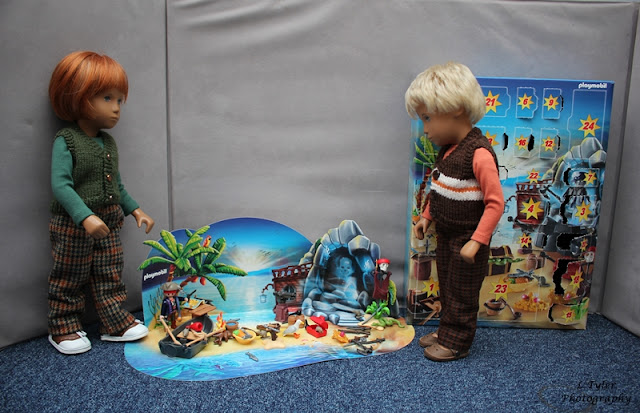 Well that was a bit of excitement wasn't it Edward?  Rory asks. 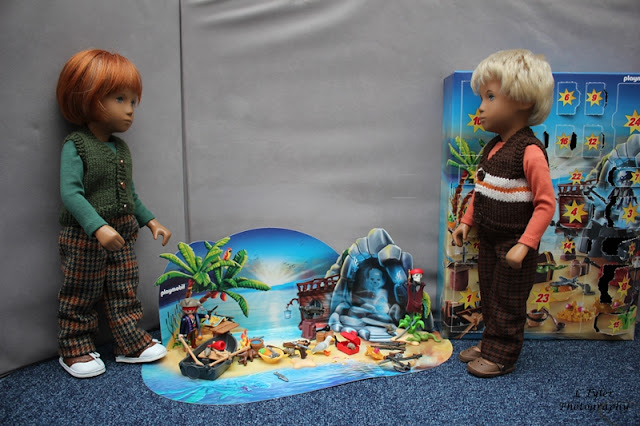 It most certainly was. Edward replies.  Wouldn't it have been funny if the littlies had opened this door when they went a bit mad the other day.

Ha ha, it would have been...but then maybe not, we might have ended up with rats and mice all over the house.  Rory says. 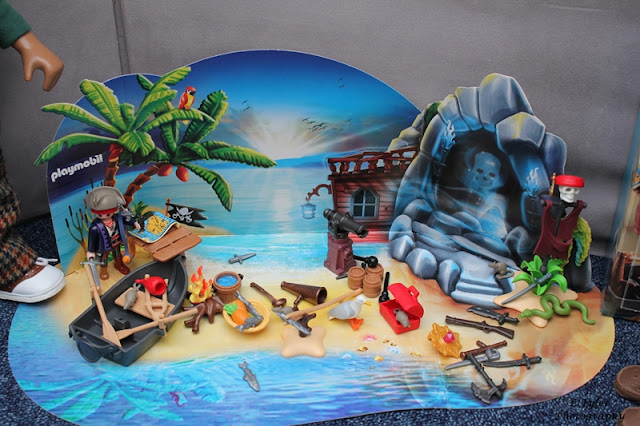 The rats seem to be making themselves at home very quickly. 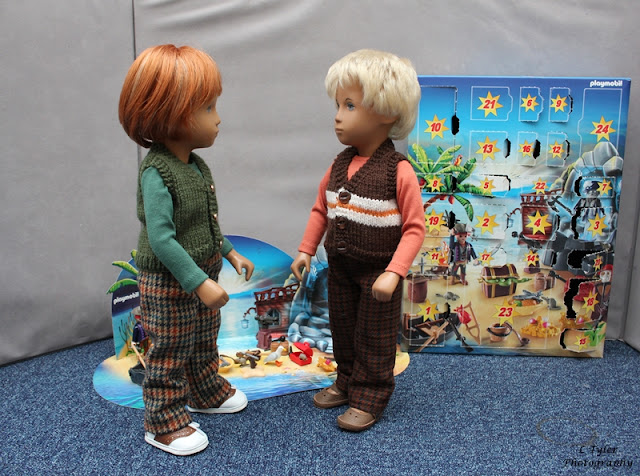