Looks like the twins Connor and James are the early birds this morning and keen to open the Advent calendar today. 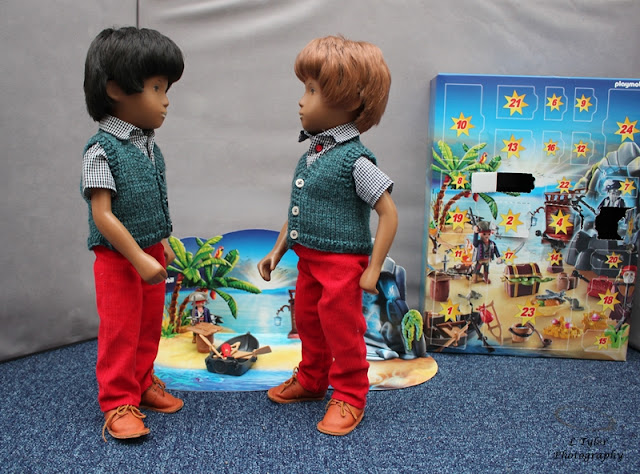 I know, aren't we the lucky ones?  I told you it pays to get up a bit earlier.  James replied to Connor. 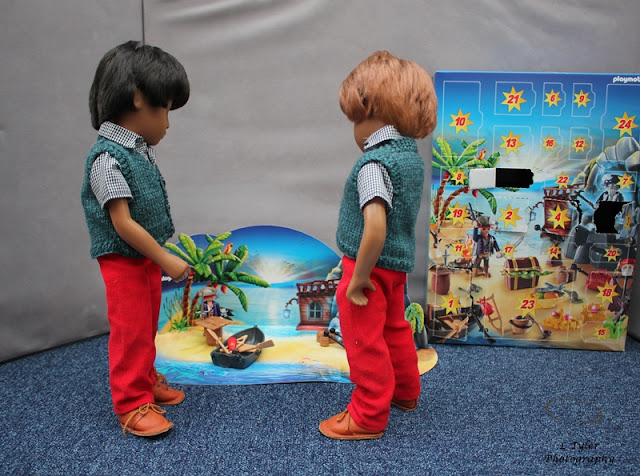 It is looking pretty good isn't it?  James says as he and Connor have a look at how the scene is coming together.

Sure is.  Agreed Connor. 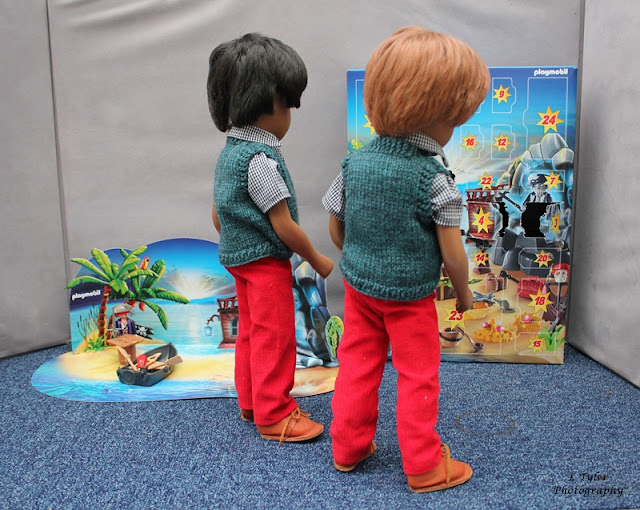 So who shall open the door today? 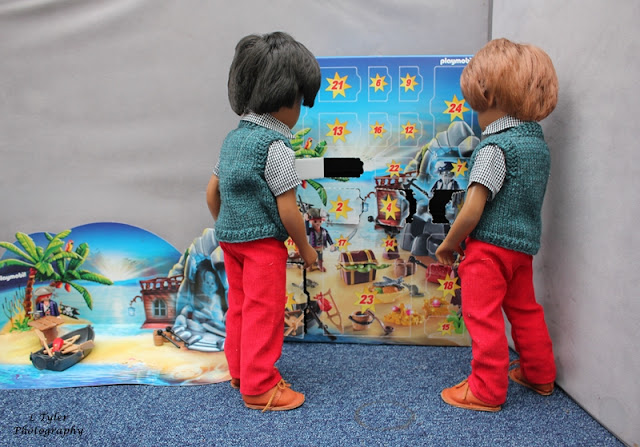 I wonder who will find the door first. 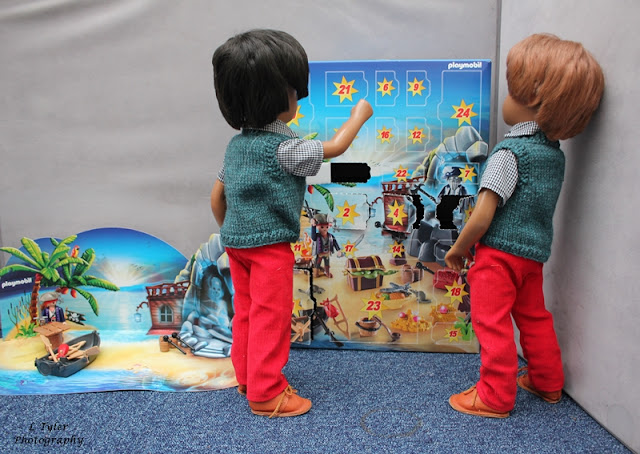 There it is.  Connor says pointing out the door for number six.  I'll open it shall I?

Why not, I can open it tomorrow if we manage to get up early again.  James tells him. 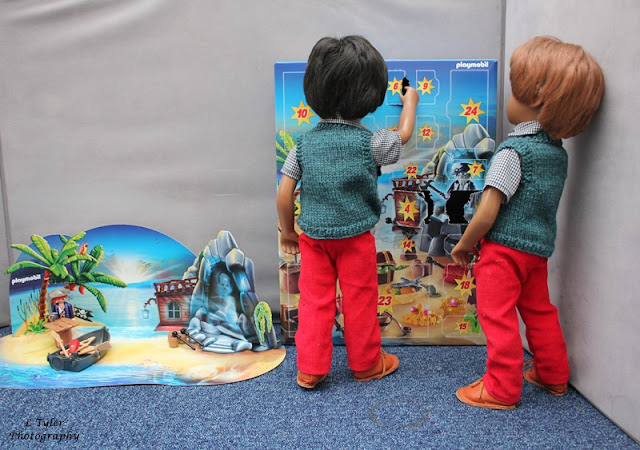 Connor starts to open the door 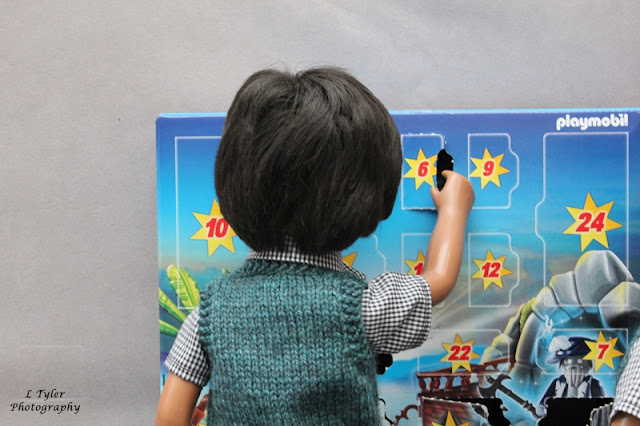 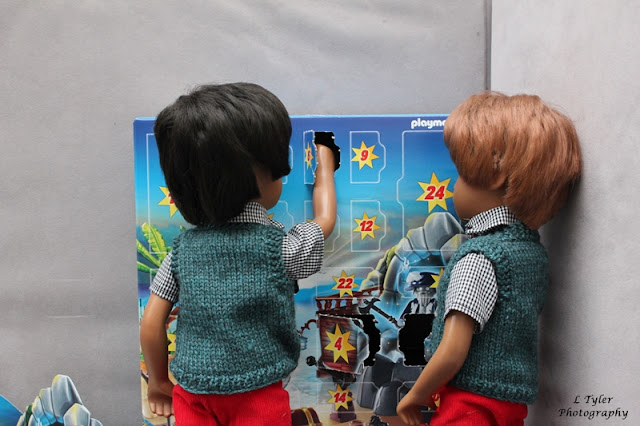 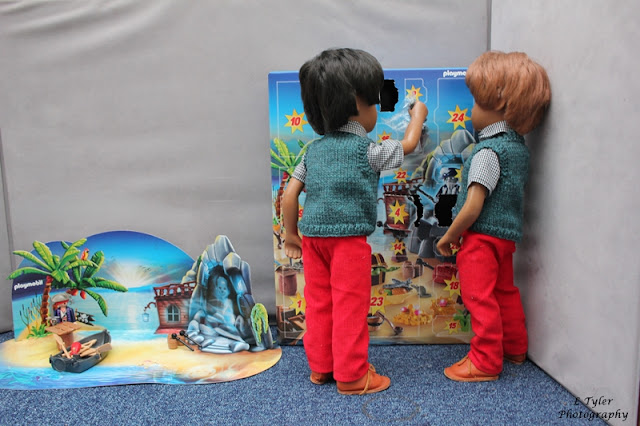 and pulls out a package. 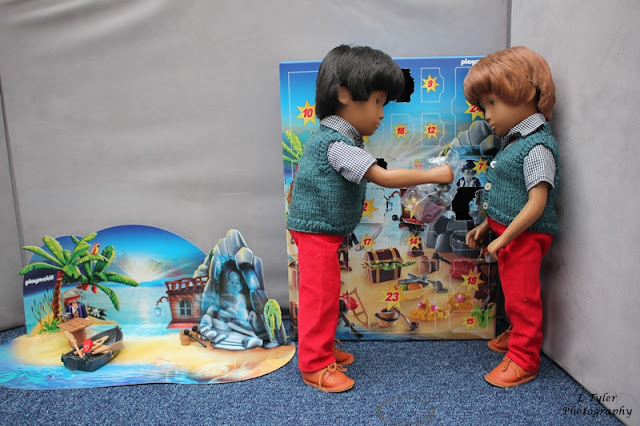 Ooh look.  He says as he holds up the little bag to show James. 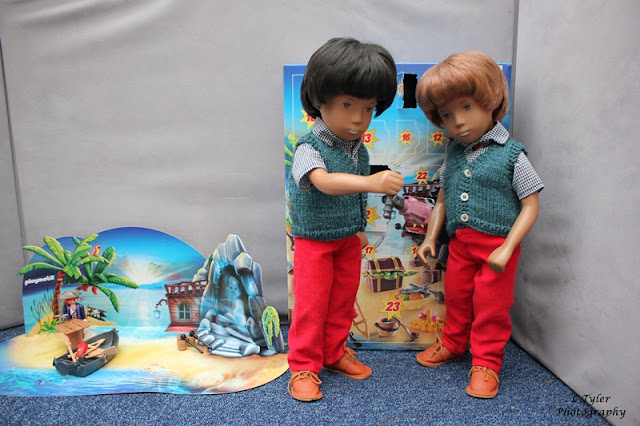 Look it most certainly is.  Connor shows James 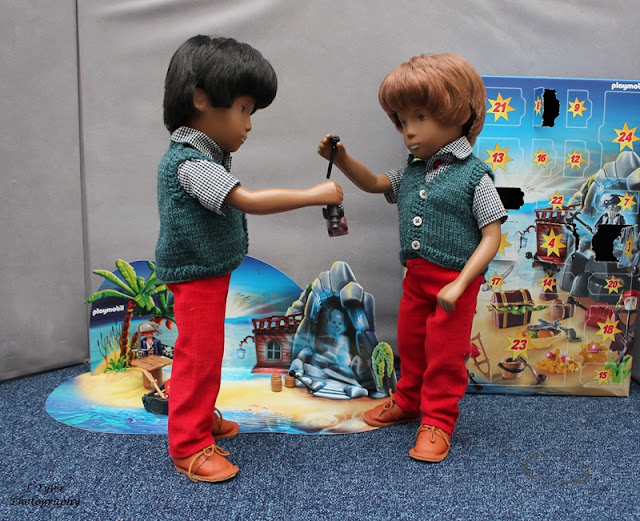 Let's see if this little black thing fits... James says as he holds it up while Connor holds the canon. 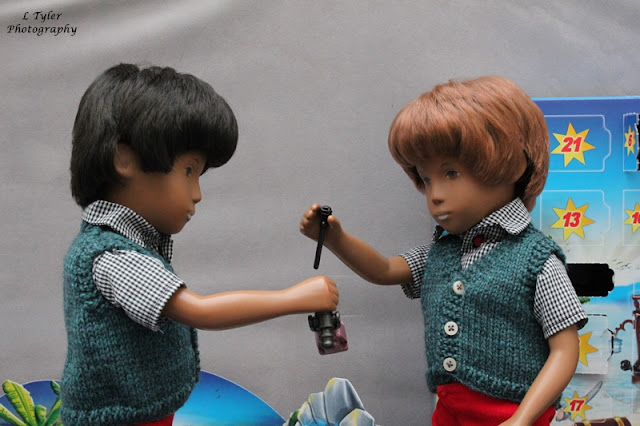 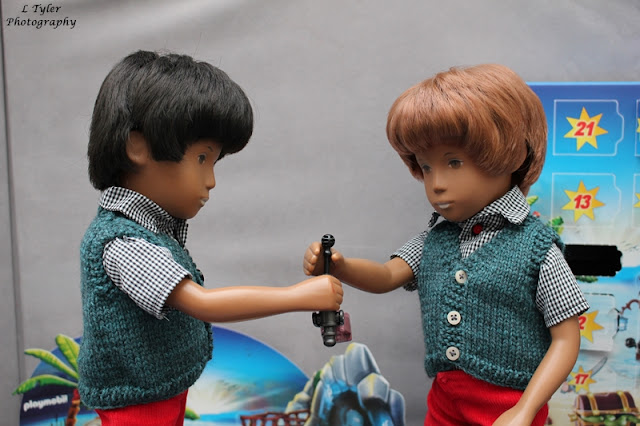 Brilliant!  A perfect fit.  Both boys say together. 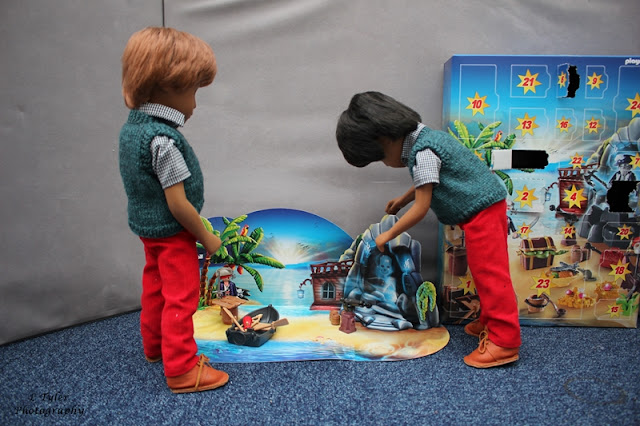 I'm going to put it down here next to the barrels of gunpowder.  Connor tells James. 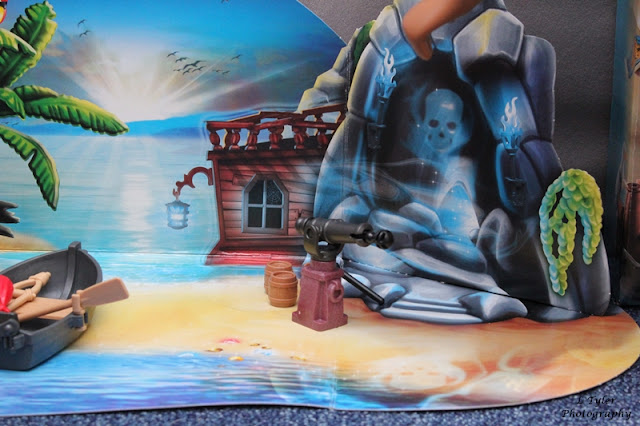 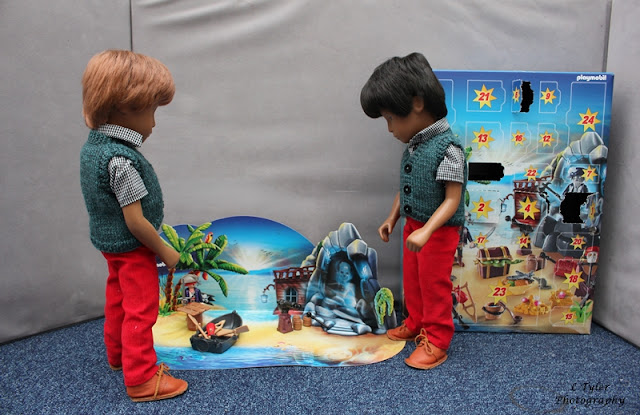 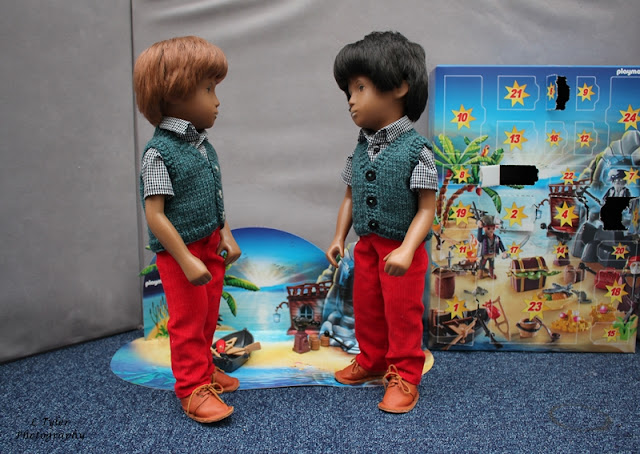