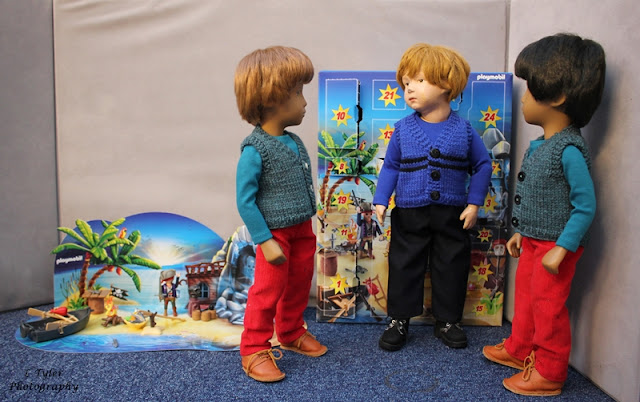 Lewis wants to have a go at opening the Advent Calendar today and James and Connor thought that would be fine.  Lewis tells them it is the first time he has got to open one so is very excited.  They explain that he has to find the door number eleven. 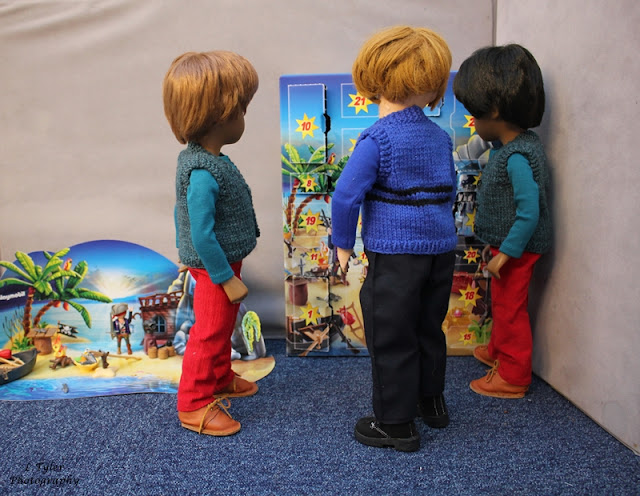 Lewis looks carefully until he finds it. 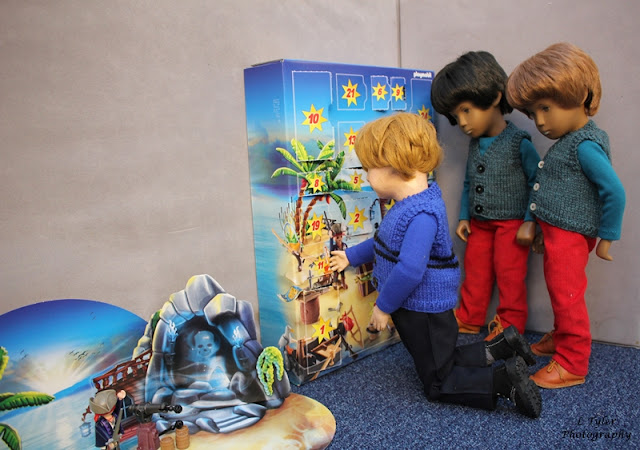 Kneels down on the floor to open it with the boys watching on eagerly to find out what is in store for today. 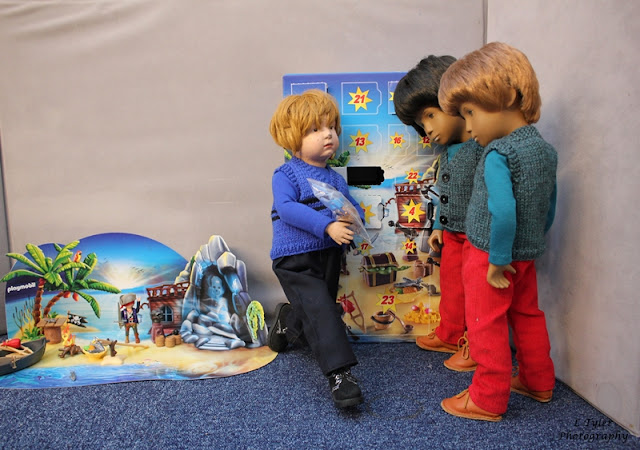 Look a package!  He shows Connor and James.

You can open it now.  They tell him. 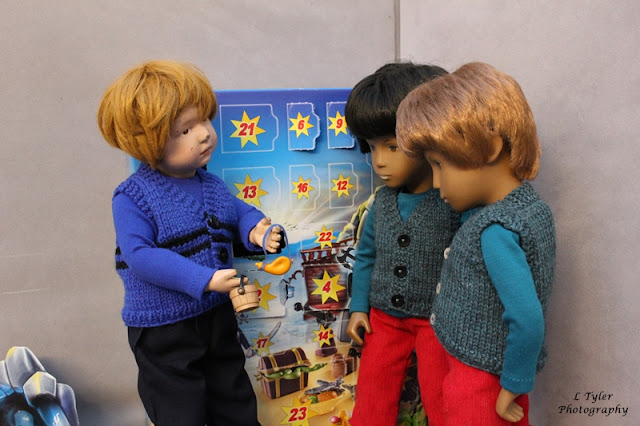 It is a little bucket of water and a drinking flask.  He tells them. 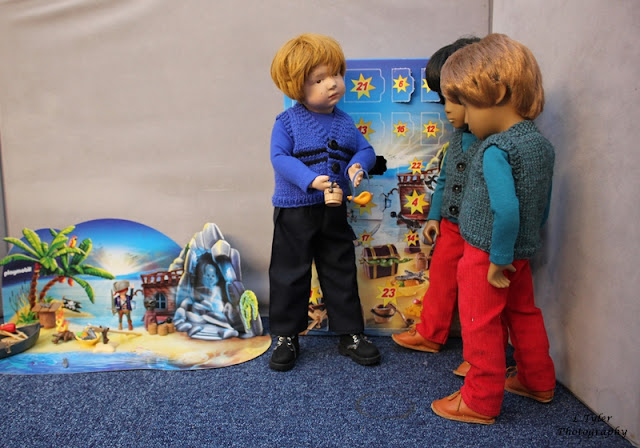 That is good,  says Connor.  He will need that in case he gets thirsty 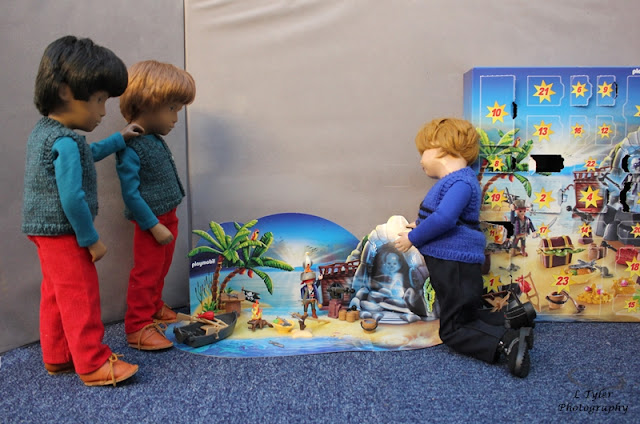 Lewis gives the pirate the drinking flask and puts the bucket down on the scene. 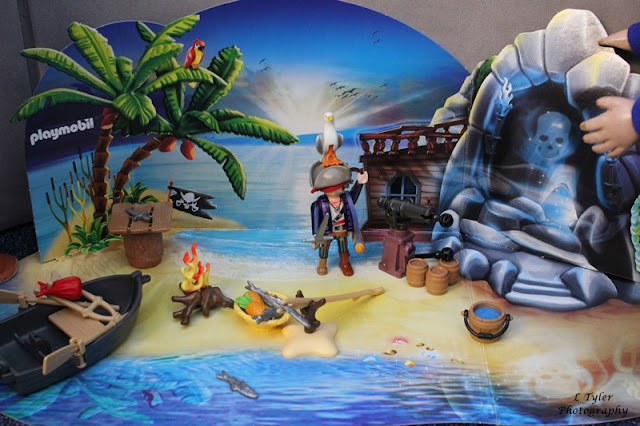 Where is that pesky seagull?