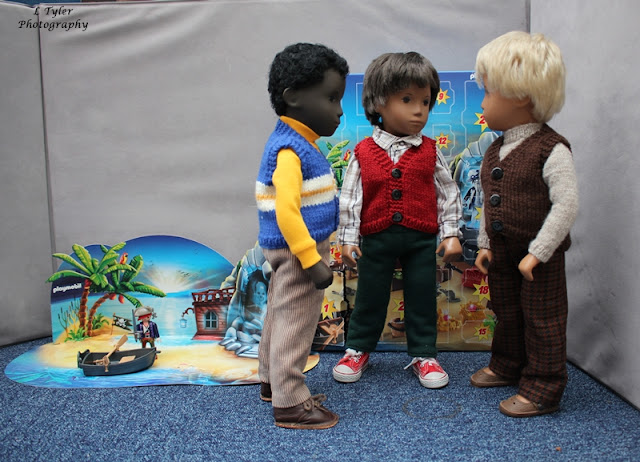 Do you want to open the door on the Advent Calendar today?  Henry asks. 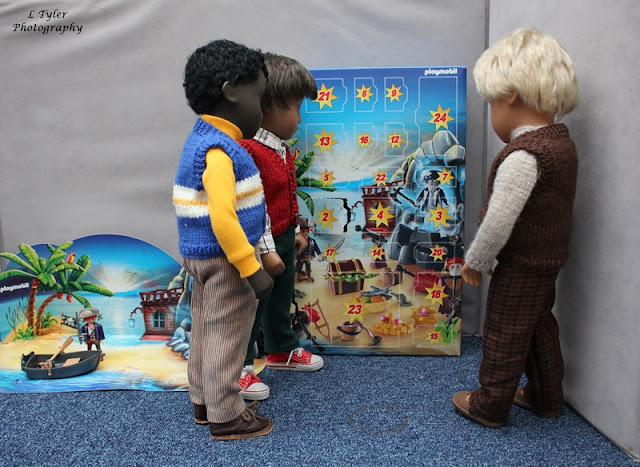 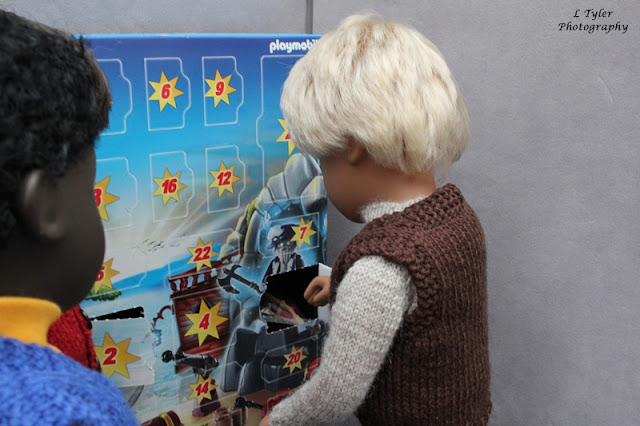 It doesn't take long for Edward to spot it. 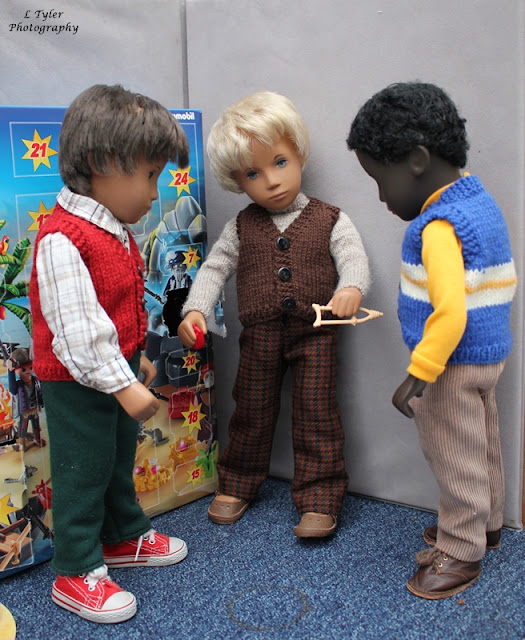 What have you got there?  Caleb asks, as Edward shows them what he has found. 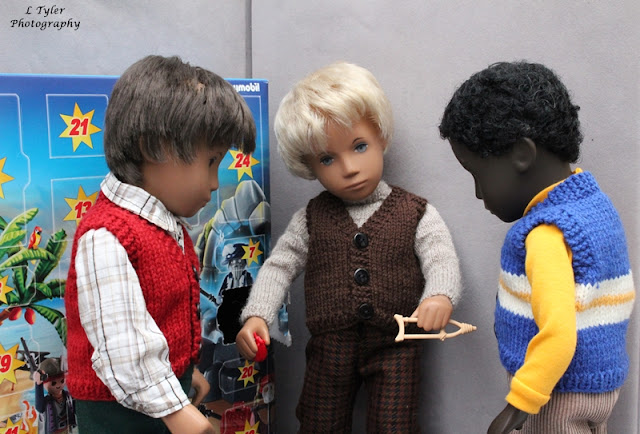 Looks like it is the pirate's crutch and money bag.  Henry says. 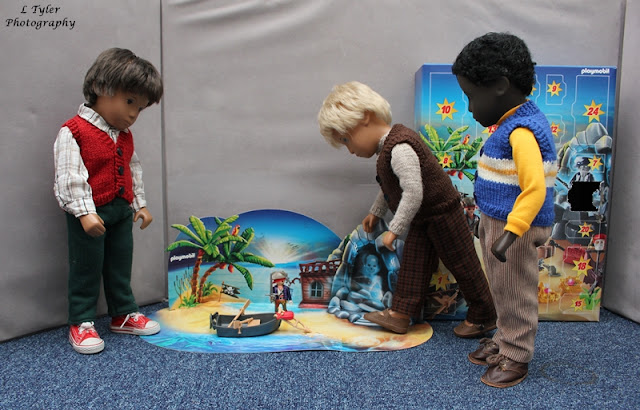 I'll put them down here by the boat for now, Edward says, in case the pirate needs them. 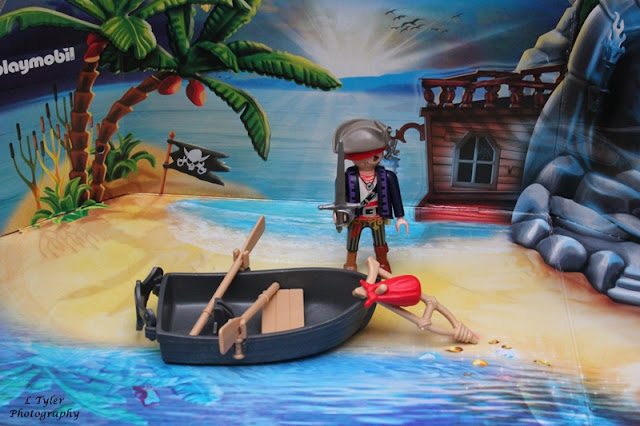 The pirate does look like he has a peg leg, so if he has to walk any great distance he might well need the assistance of a crutch! 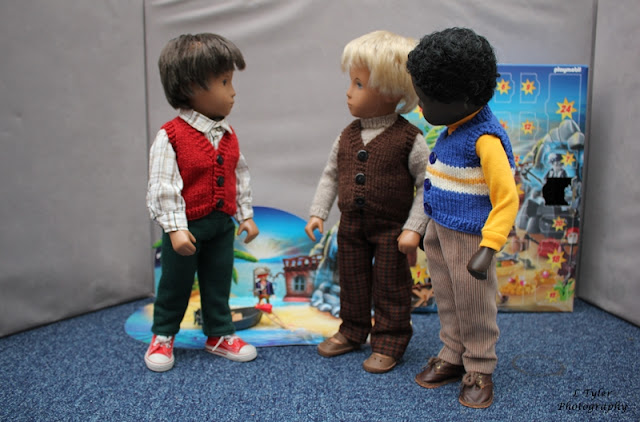 Shall we stay and play a while?  Henry asks the boys. 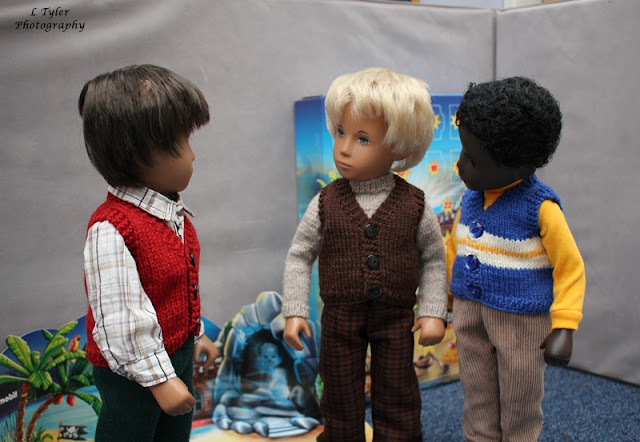 Sounds like a grand idea to me. Edward replies.