Connor and James were on the ball again this morning, up bright and early before the other lads. 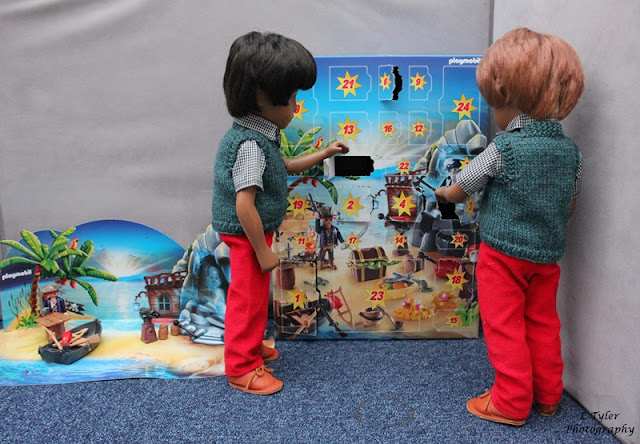 It is James' turn to open the door today and it didn't take him long to find number seven. 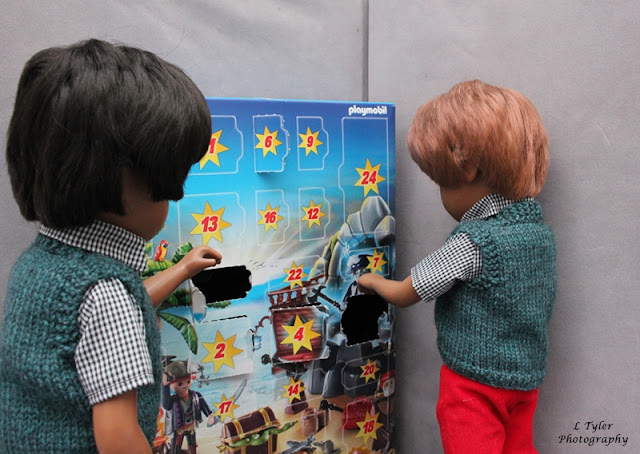 He opens it up. 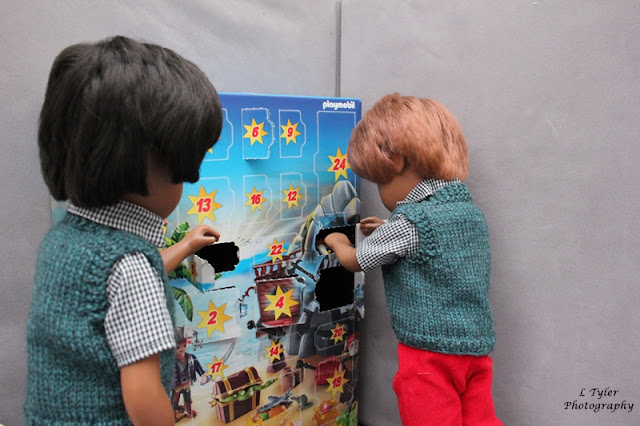 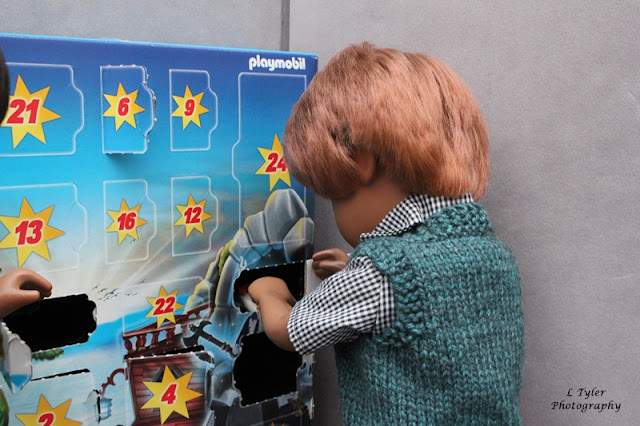 Which of course intrigues Connor. 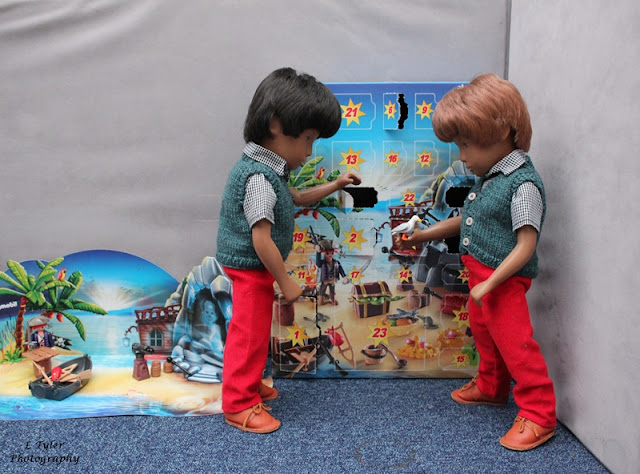 Look!  James says as he holds out his hand for Connor to have a look. 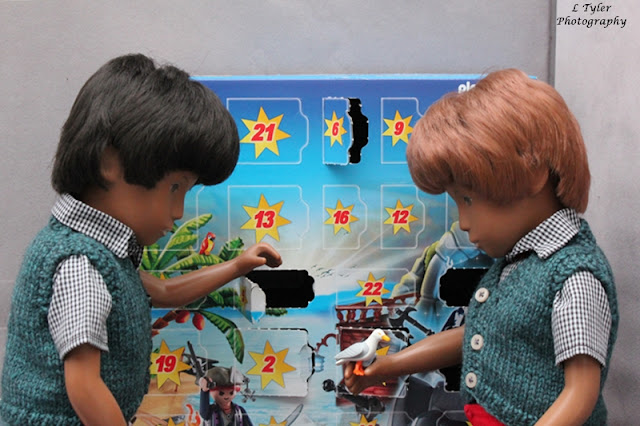 Oh my, a seagull!  Connor says. 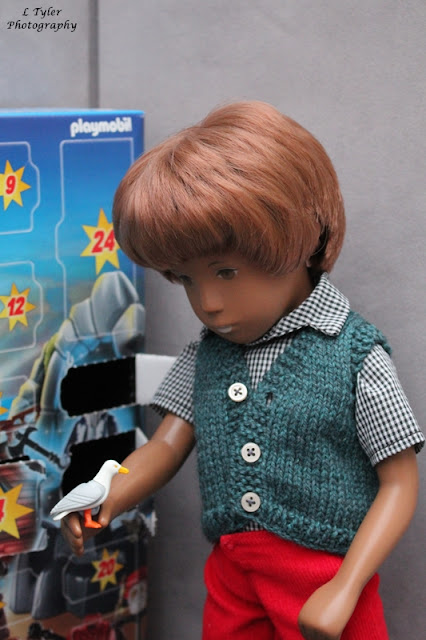 James can't quite believe his eyes. 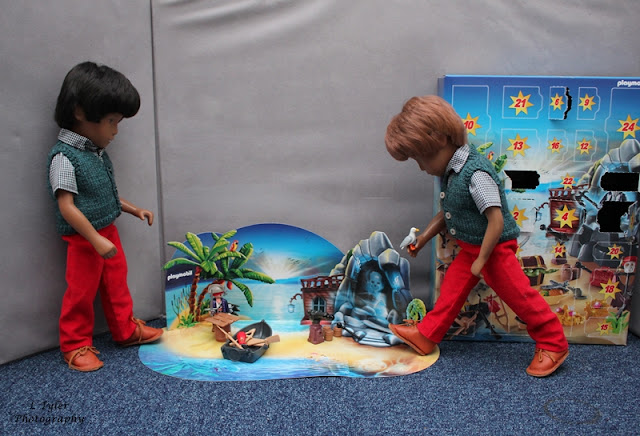 I pop him down here and then he can decide where he wants to go. Says James as he reaches down. 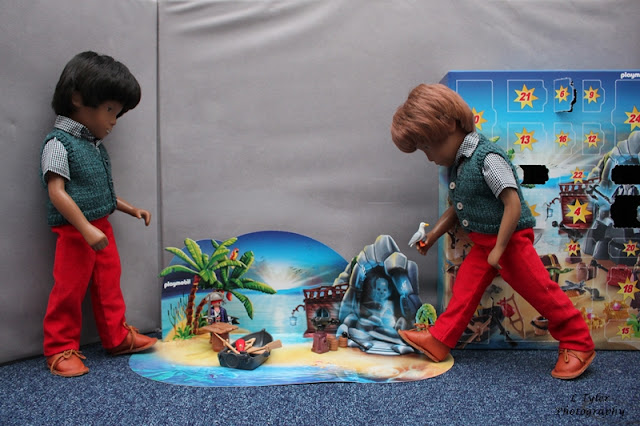 He wonders if the seagull will hope off his hand. 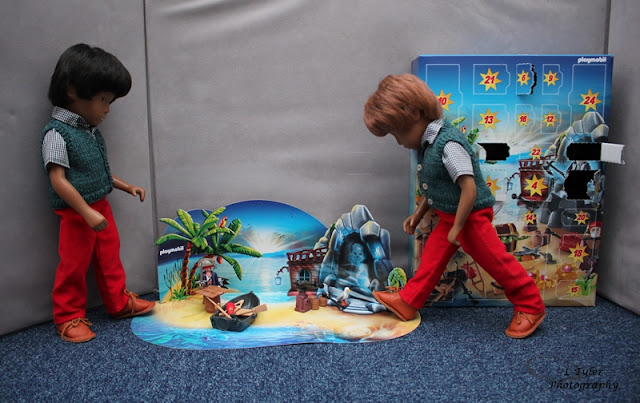 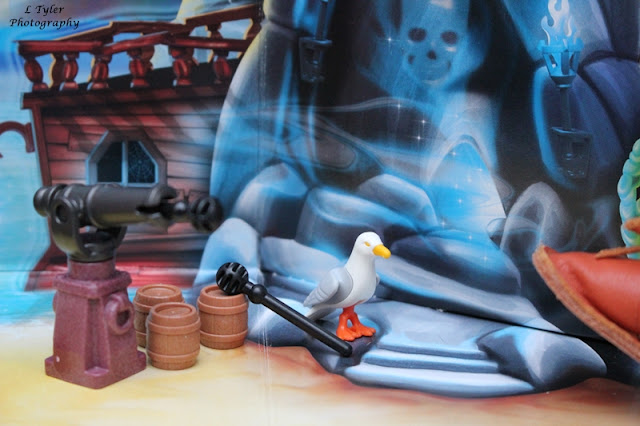 He is a little quiet after being shut up in the calendar. 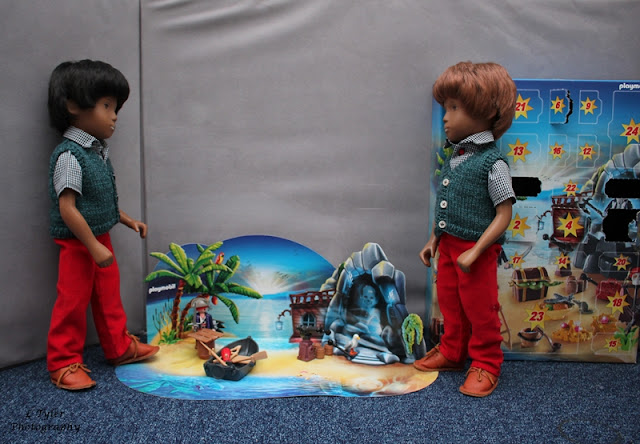 I am sure he will be alright soon.  Connor tells James. 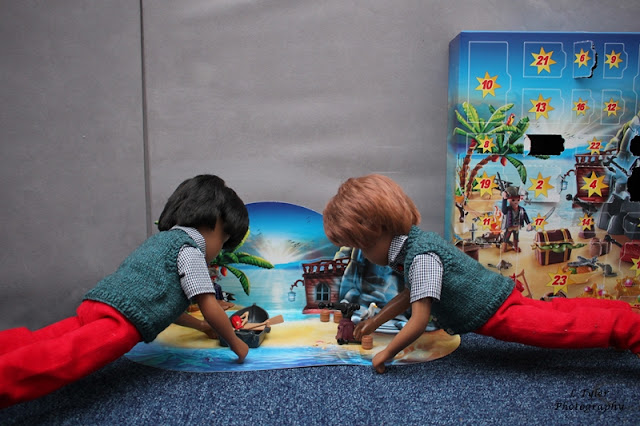 The boys settle down to play for a while.