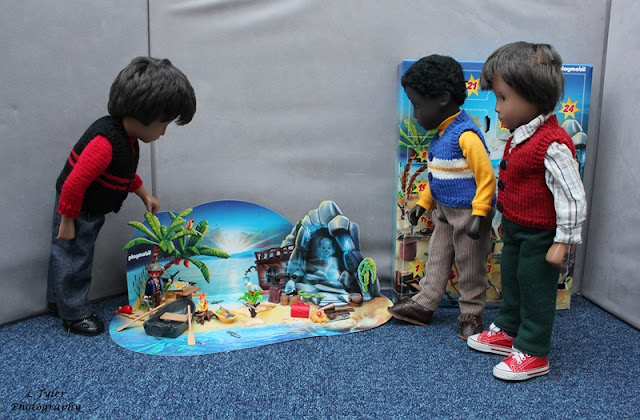 Donny is looking at the Pirate scene...something is wrong! 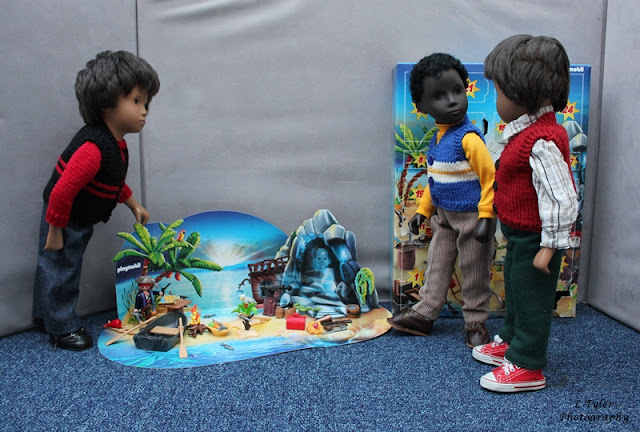 Ah yes...I have to tell you about this.  Henry says.

Well it seems Peggy Sue discovered the littlies had been getting a bit carried away with opening the doors.  Henry tells them. 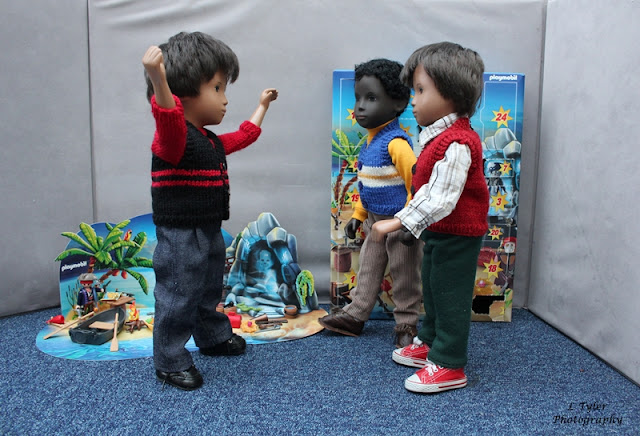 What do you mean?  Donny says waving his arms in horror.  It was MY turn to open the doors - it has all gone wrong! 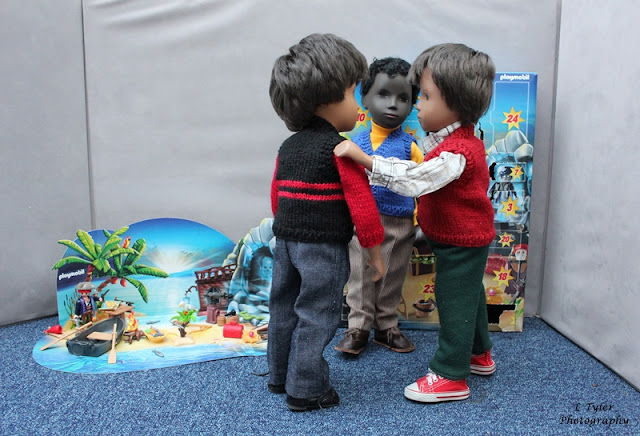 There there, never mind, you can still open the door today.  Henry reassures him.

See if you can find door number eighteen. 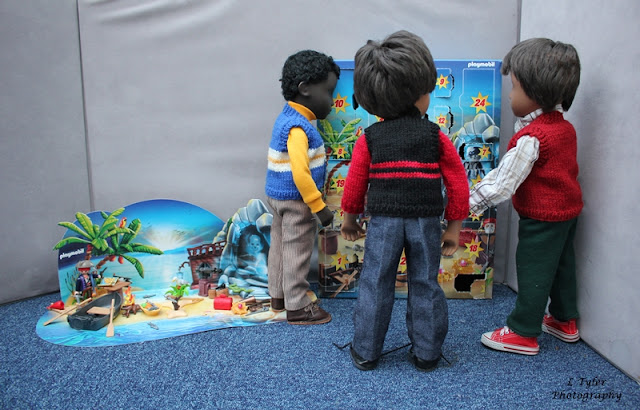 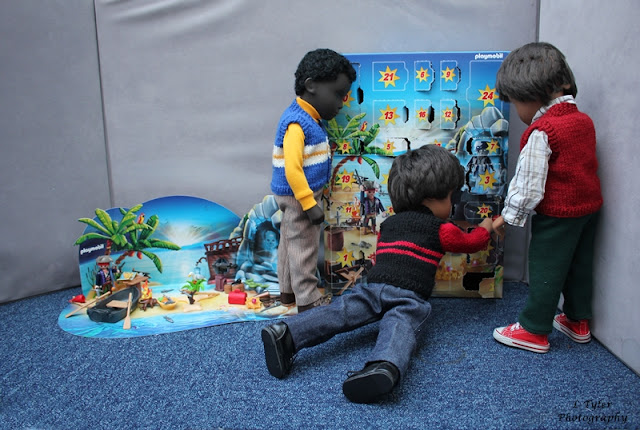 It is down here.  He says as he gets down on the floor to open it. 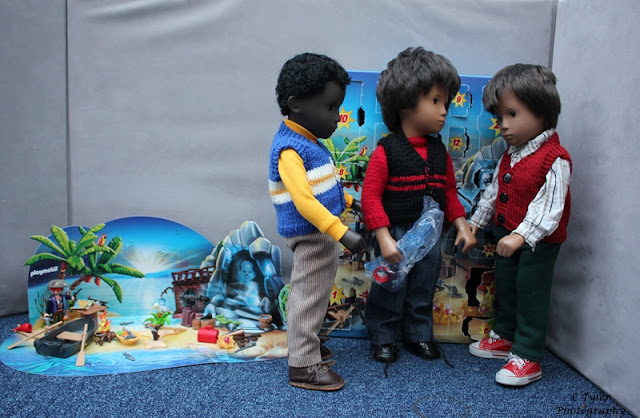 Well what do you have?  Henry asks.

Give me a chance.  Donny says.  I want to savour the moment, in case those rascals spoil it.

They won't spoil it.  Caleb says.  They just didn't understand. 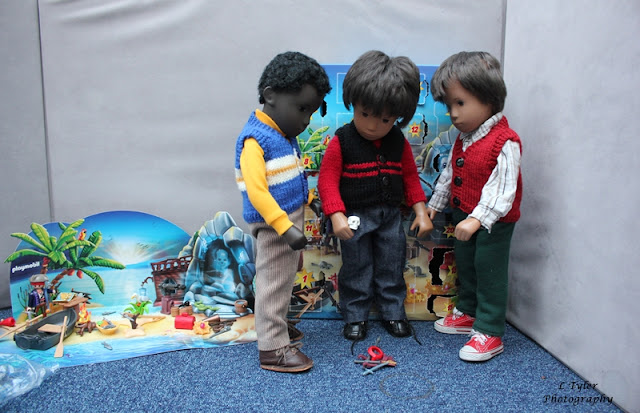 Reassured, Donny opens his little package and finds a skull and some other bits and pieces. 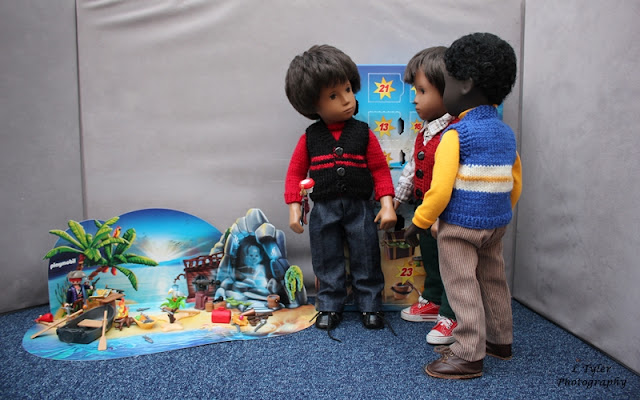 He puts them together. 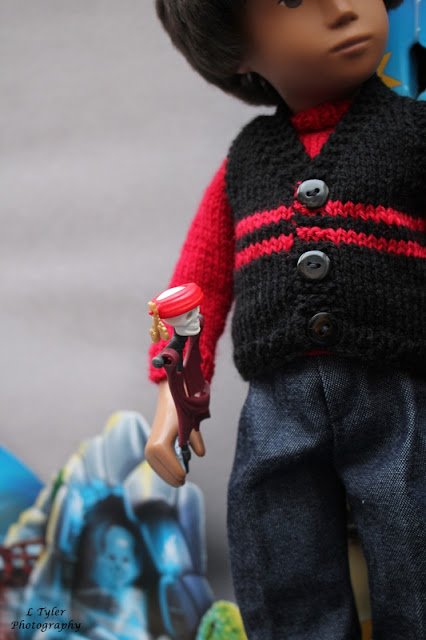 It is a skull on a pole.  He tells them.  Perhaps to warn off intruders. 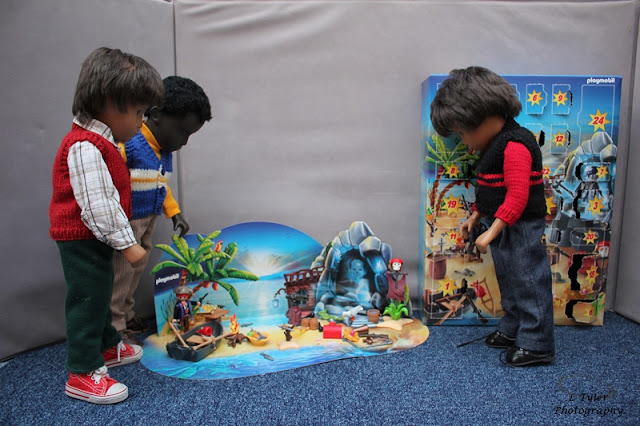 It can go down here near the entrance to the cave. 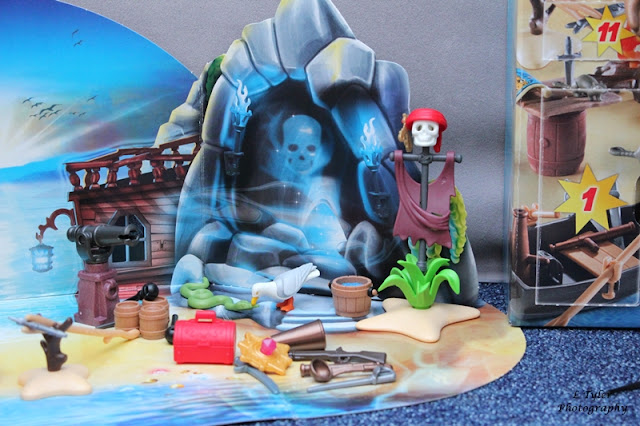