Day Two dawns rather dull and grey, but that doesn't diminish the anticipation of opening the second door in the Advent Calendar. 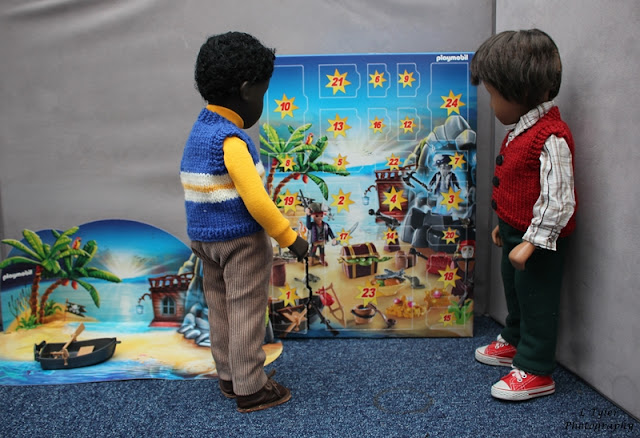 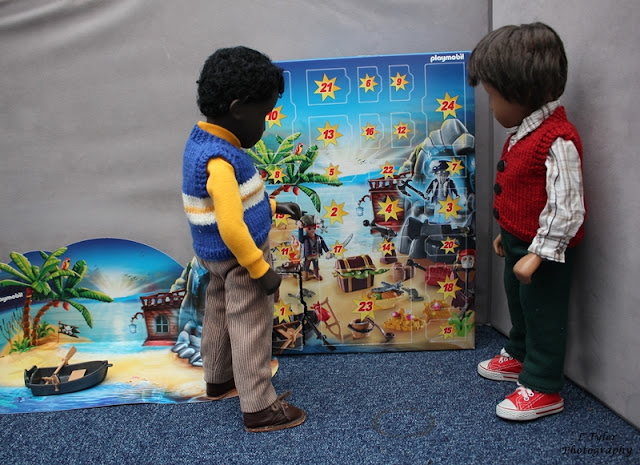 There it is. Caleb says as he points it out to Henry. 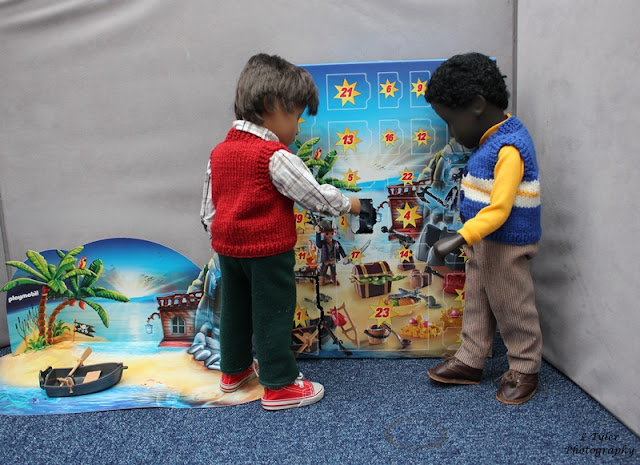 The boys swap sides so Henry can open the door. 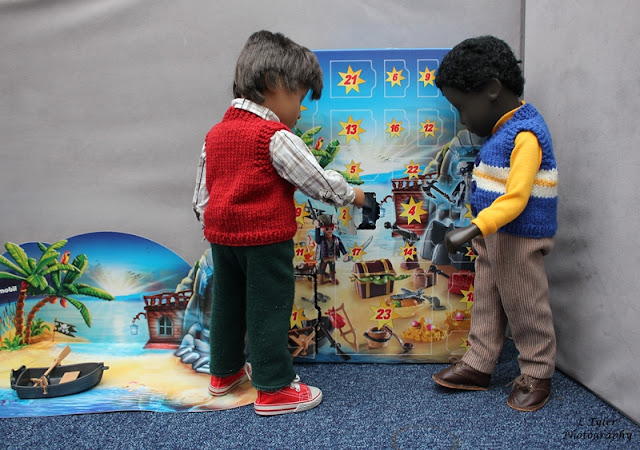 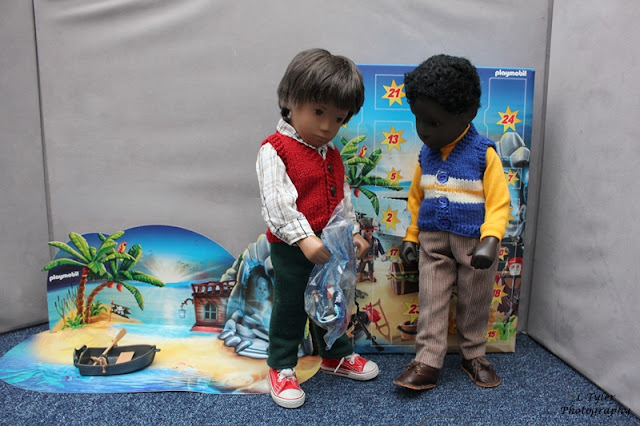 ...and pulls out a package. 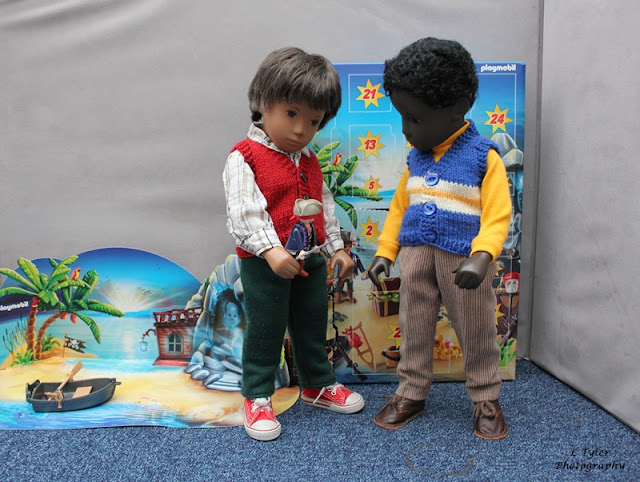 Wow, look at this Caleb.  A Pirate.  Henry shows Caleb after he has put the hat and sword on to the little Pirate 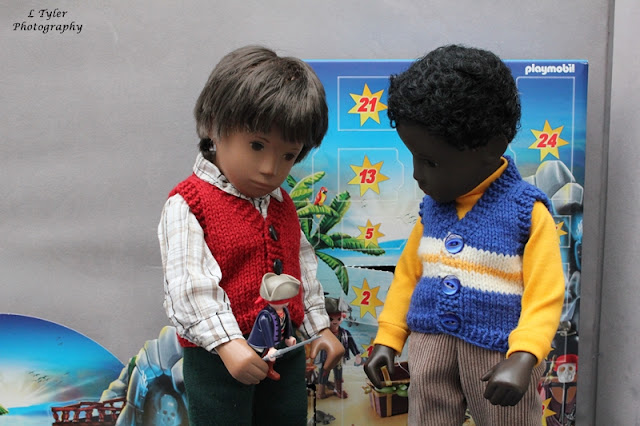 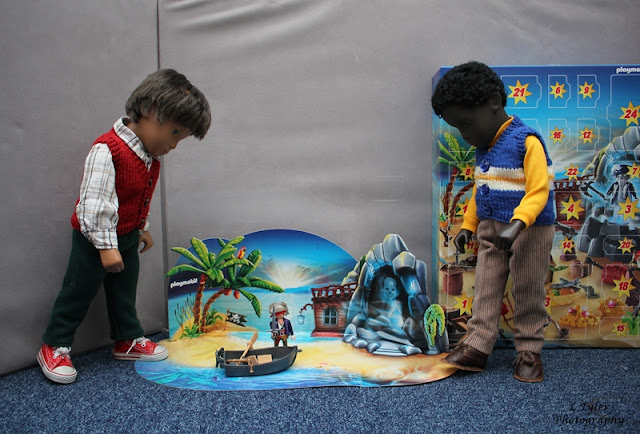 I'll pop him down here next to the boat.  Henry says as he puts the pirate down. 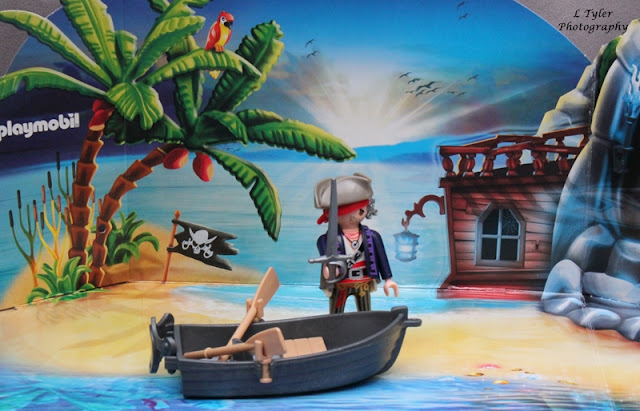 They boys think this is going to be a lot of fun...it is only day two and they already have a pirate to row the boat and hopefully to find some treasure!