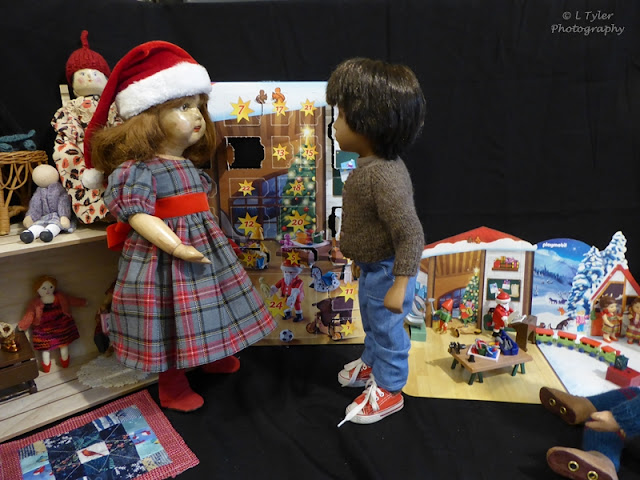 Peggy Sue explains to Henry that it must be her turn again to open the Advent Calendar.

Henry knows better to do anything else but agree with her. 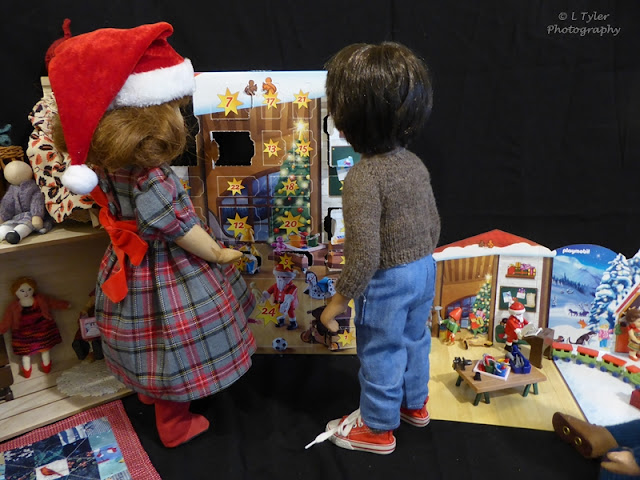 They both look for the number 12. 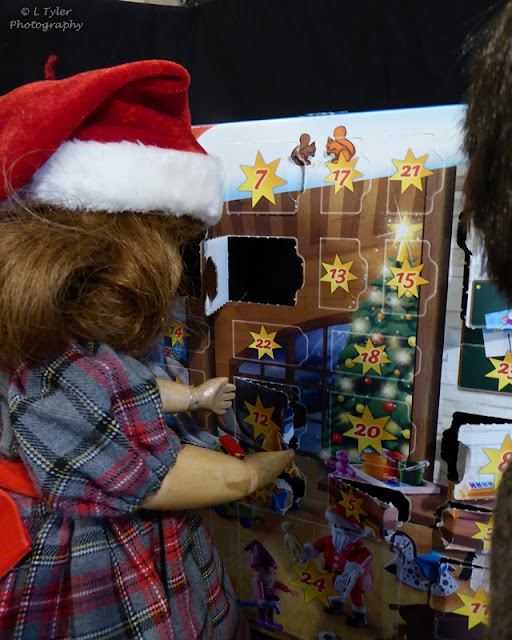 Here it is!  Peggy Sue says. 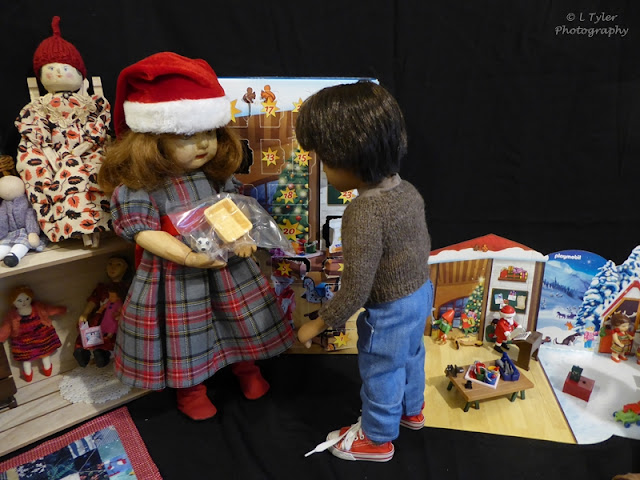 She pulls out the package and shows Henry. 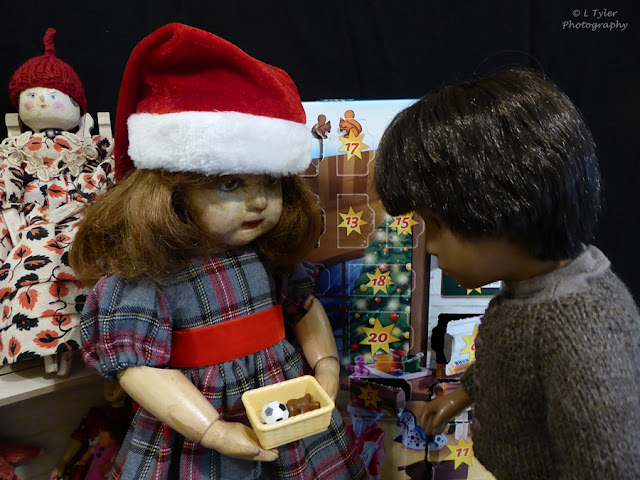 That is cute.  Henry says as he looks at the little basket Peggy Sue is showing him. 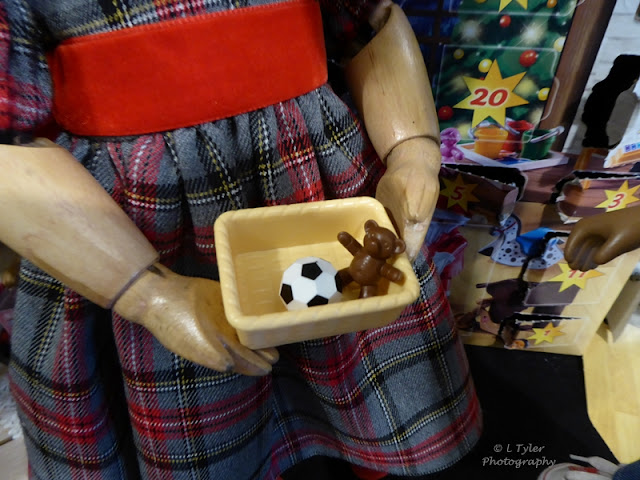 A teddy and a ball.  Perfect for Santa's workshop.  Peggy Sue tells him. 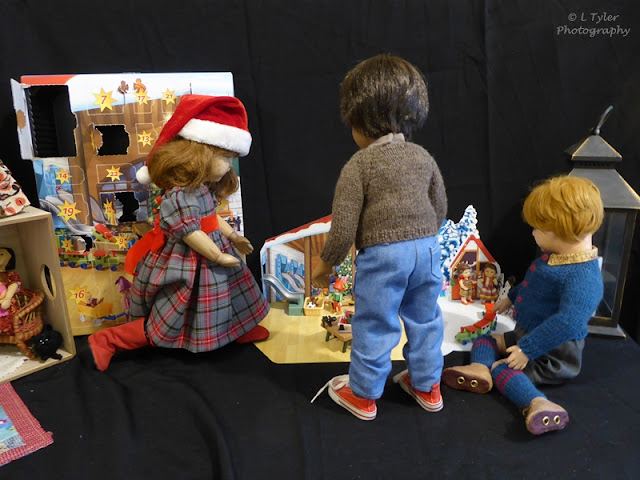 I'll pop it down under the chute.  She tells Henry. 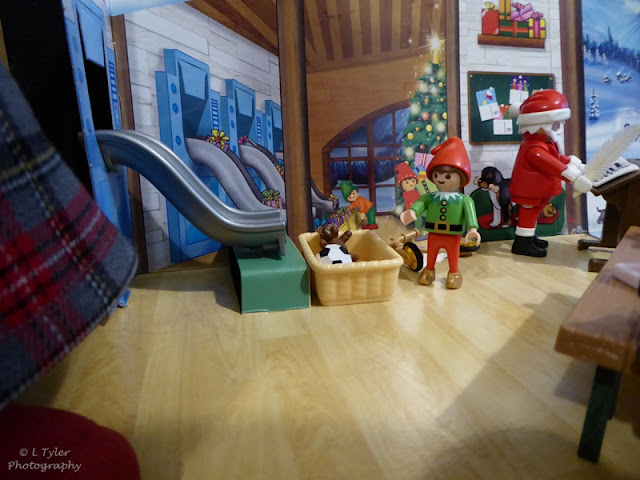 The little Elf comes over to inspect. 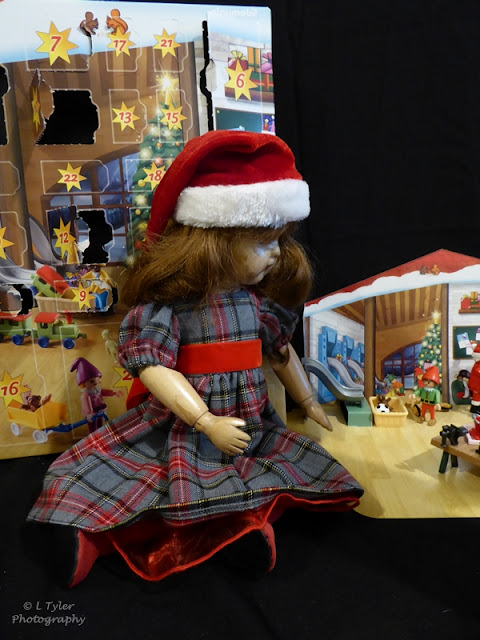 Peggy Sue thinks the workshop is starting to look quite busy now. 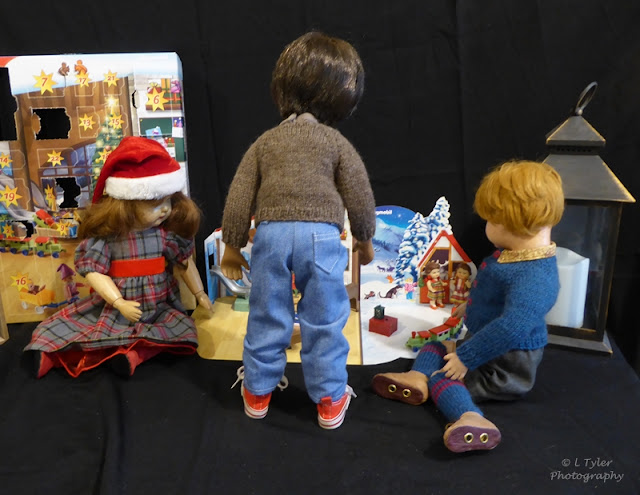 I think it will keep these three occupied for a while!