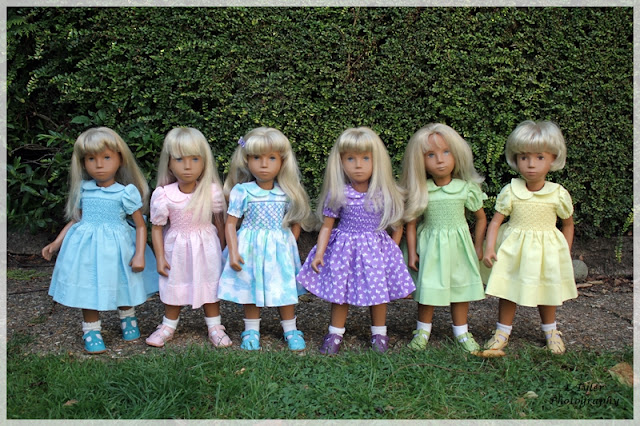 The blonde Sasha dolls have to be my favourite, or at least going by how many of them that live here at Rose Cottage, that MUST be the case.  Over the years I have ended up with a lovely collection of beautiful dolls.  Continuing with my theme of re-introducing them, (having started with The Gotz Gang a month ago), there will be three posts over the next three days featuring the Trendon Blonde Bombshells of Rose Cottage! 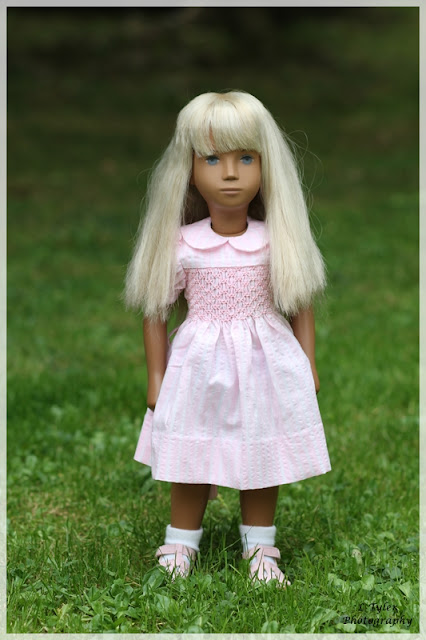 Sasha was my first Sasha doll, hence her name!  She left me for a year or so, but then I saw her up for sale again (actually she was sold on not long after I originally sold, her but at that stage I couldn't get her back) and just had to have her back so she didn't have to keep moving home. She is a member of the 'Rose Hip Chicks' who performed at the Summer Music Festival last year.

She has a blue neck ring which dates her to around 1974 by my understanding and came wearing a blue gingham dress. 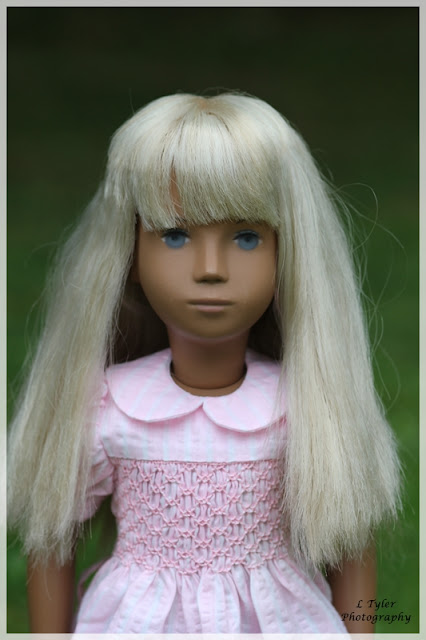 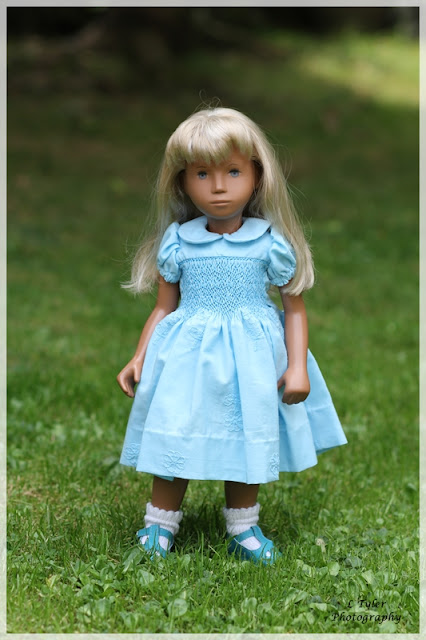 Little Sally came to live with me in 2011 from Ted Menton in the USA.  She is from 1972 and has the lovely wide face.  She too came wearing her blue gingham dress. 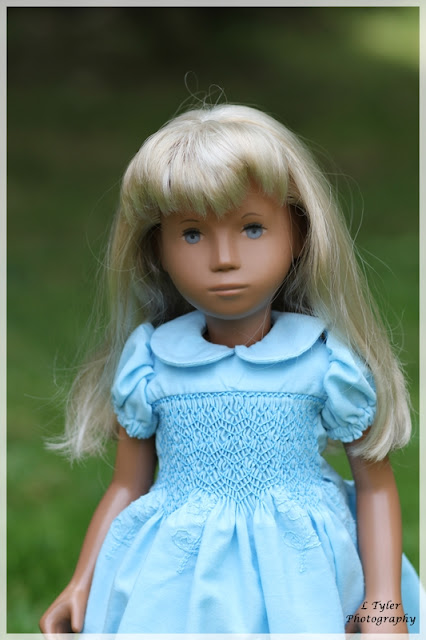 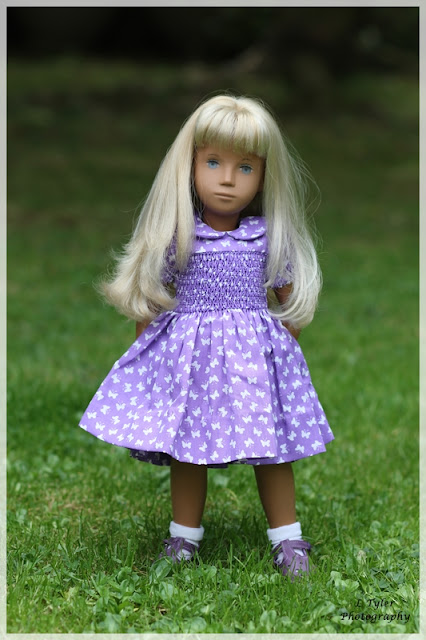 Stevie has had an adventure with someone else as well...she came to live with me in 2011 and was dressed in a Blue Cord dress.  She is I believe from around the early seventies as well, certainly before 1974.  I originally called her Serena due to her lovely serene expression, but when she went to live with my friend Jocelyn, she changed her name to Stevie, and it only seemed right that she kept this name.  She especially loves the colour purple, although isn't overly keen on dresses. 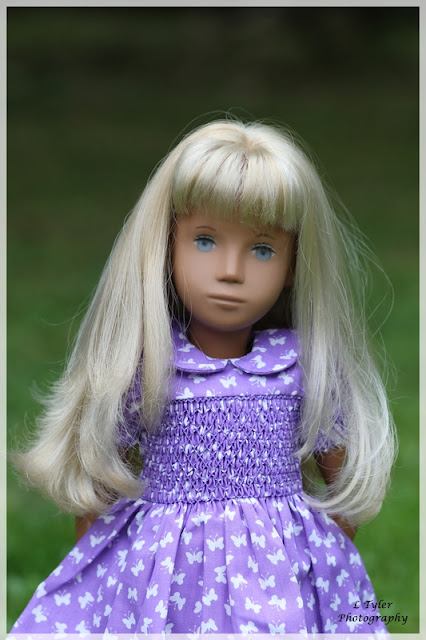 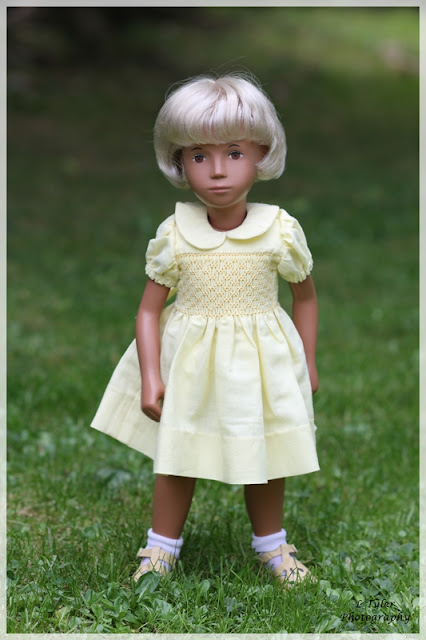 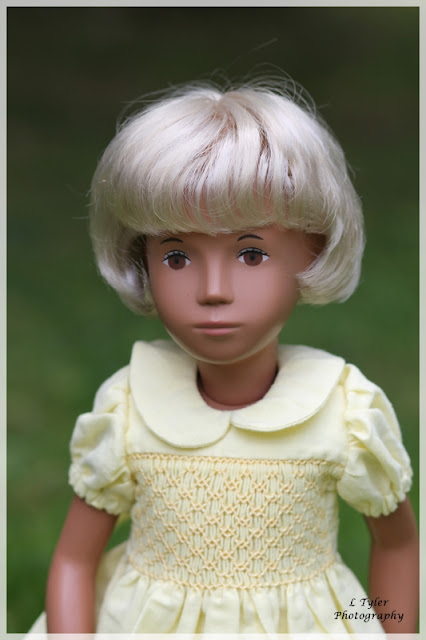 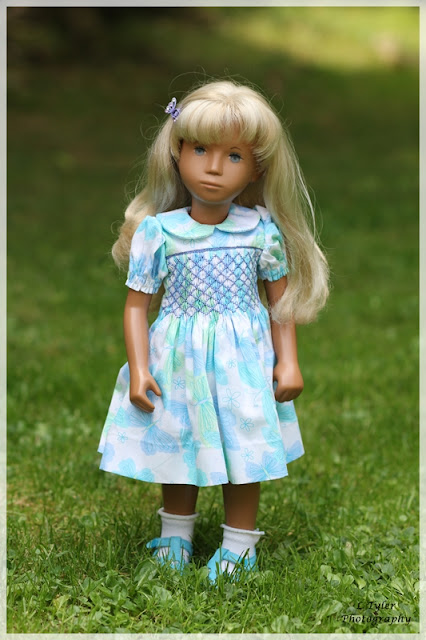 Now Sophia has to be one of my prettiest Sasha dolls.  She has the lovely wide face and is from about 1971 I would guess.  She has been with me since 2014 I think it is.  She is definitely a model in her own right and modelled a lot of the clothes that were given as a donation to the 2015 Sasha Festival by Trish. 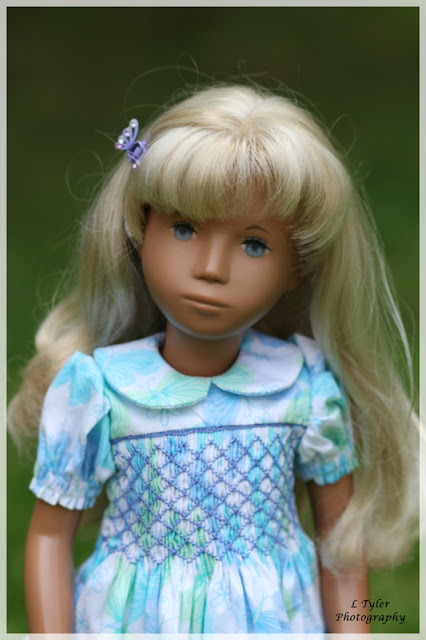 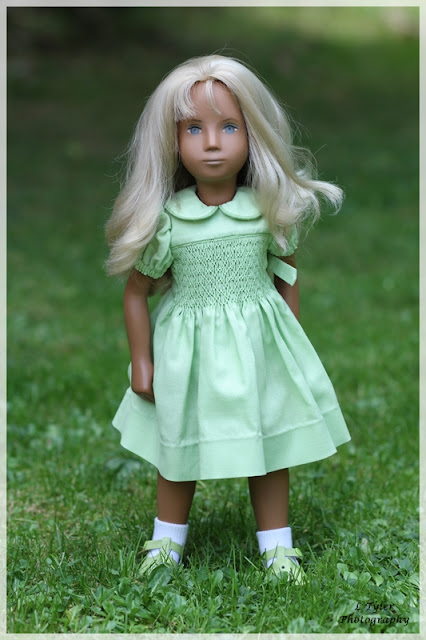 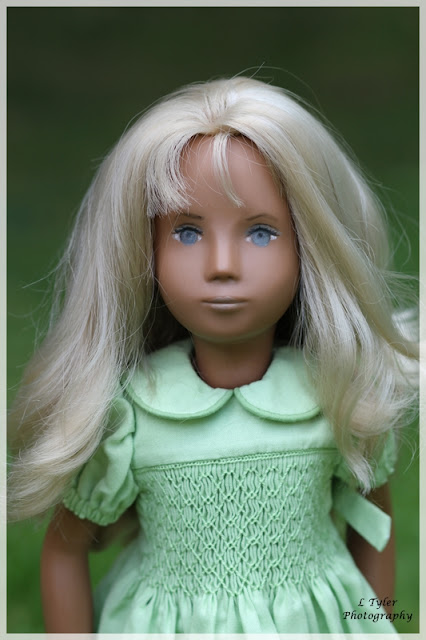 These six girls all appeared on my Doll and Bear ABC Challenge page. I  am all over the place with this having got behind!

All the dresses are made by my friend Kath Barnett of Australia.