PostCards from the USA.

Henry was thrilled to get some postcards the other day from his friend Laura who has been travelling around America.  He is excited about adding them to his postcard collection. 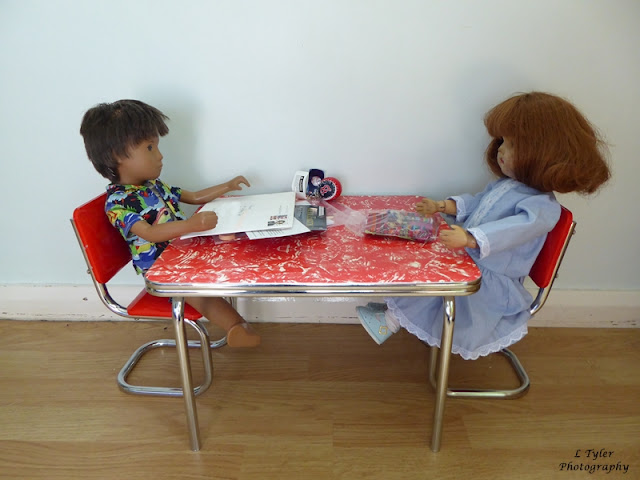 Do you want me to show you my postcards Peggy Sue?  Henry asks. 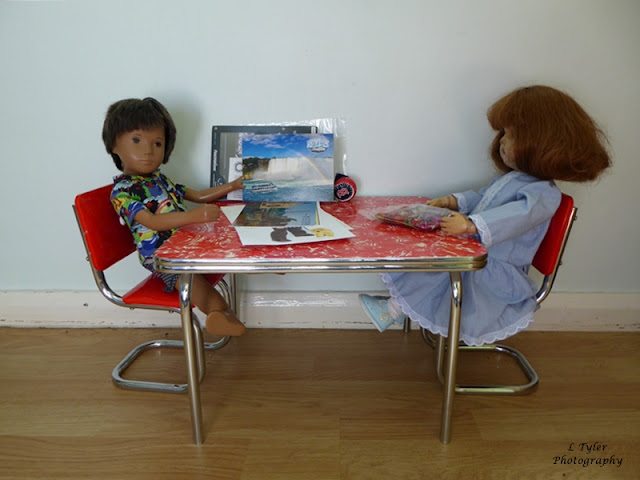 This one is from Niagara Falls.  I went there last year, it was such good fun, but you get very wet!

Shall I read you what Laura writes? Henry asks Peggy Sue. 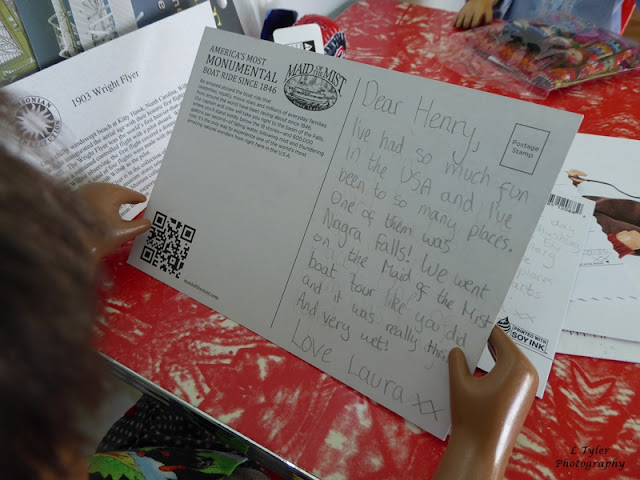 "Dear Henry,
I've so much fun in the USA and I've been to so many places.  One of them was Niagara Falls!  We went on the Maid of the Mist boat tour like you did and it was really thrilling.  And very wet!  Love Laura xx"

Oh wow, sounds like she had lots of fun.  Peggy Sue says.

I'll show you the next one.  Henry says. 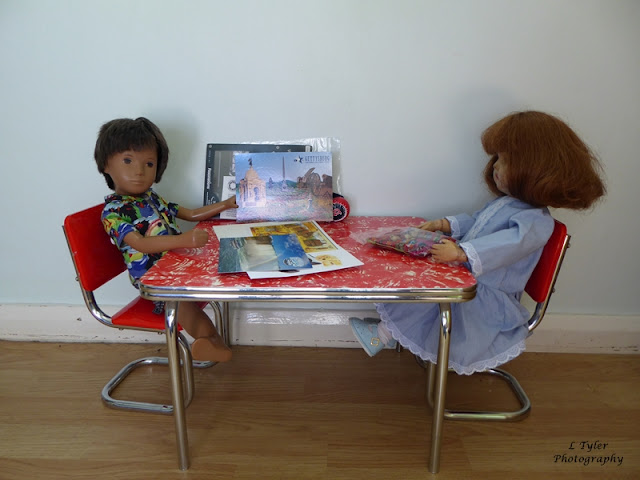 This one is from Gettysburg National Military Park.  I bet that was great fun to visit. 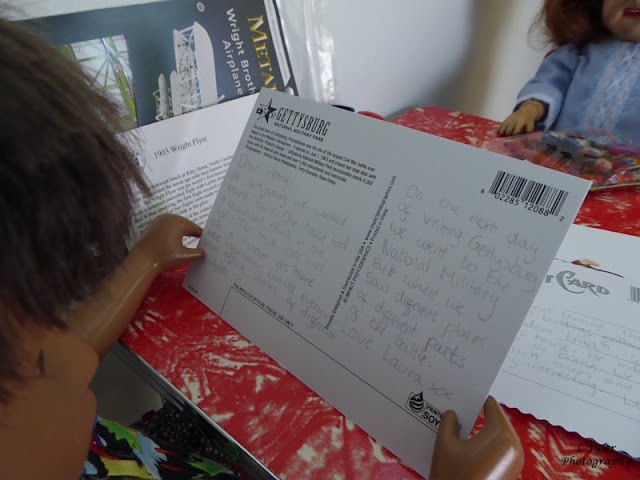 "Dear Henry,
At Gettysburg we walked around town.  One house had a cannon ball stuck in the wall!  The town itself was like a museum as there were information boards everywhere telling stories of different households.  On the next day of visiting Gettysburg we went to the National Military Park where we say different places of different parts of the battle.
Love Laura xx"

Gettysburg sounds a bit like town I visited in Parkersburg back in 2013 - it was really interesting with the boards telling us about the town.  Henry tells Peggy Sue. 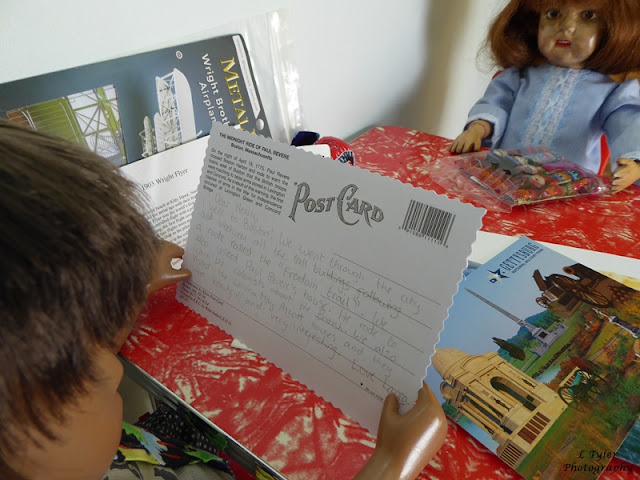 "Dear Henry,
I went to Boston!  We went through the city and inbetween all the tall buildings following a route called the 'Freedom Trail'.  We also visited Paul Revere's house.  He rode to warn the colonists about the British.  We also visited Luisa May Alcott houses and they were beautiful and very interesting.
Love Laura xx

Wow!  Henry says.  Mum taught  the Sailor all about Boston and Paul Revere and other things when she was home-educating him. They studied American History.  I can't wait to tell him that my friend Laura has actually BEEN there when he gets home from sea!  It just have been such super fun.

Fancy that.  Peggy Sue says.  I would have loved to have gone to see where Louisa May Alcott lived.  That would have been amazing..

Laura gave me some souvenirs as well on Saturday.  Henry says to Peggy Sue. 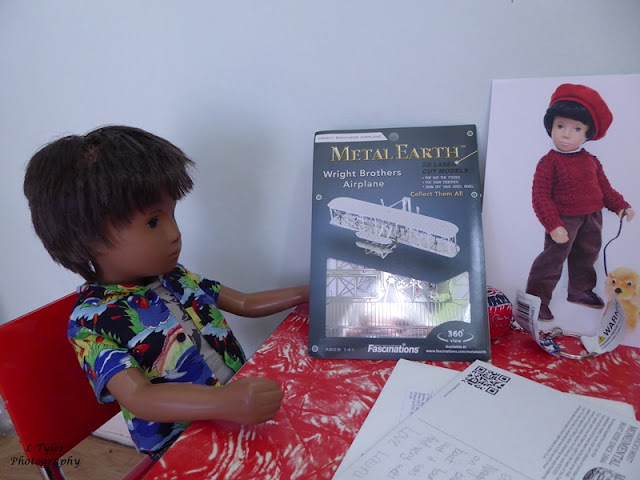 I got this model to build.  Henry shows us. 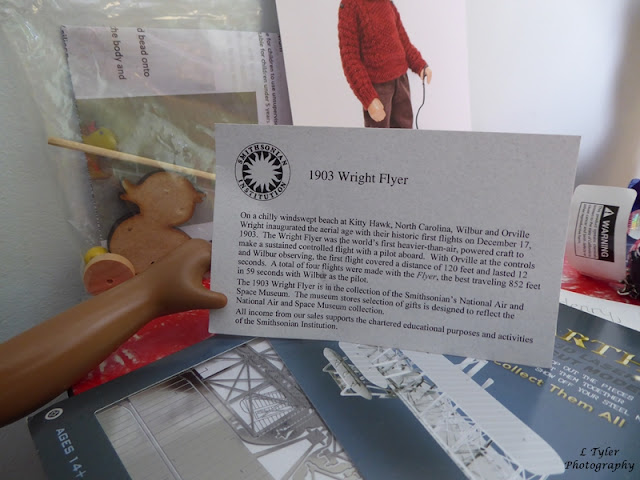 Plus some interesting information about the Wright Brothers. 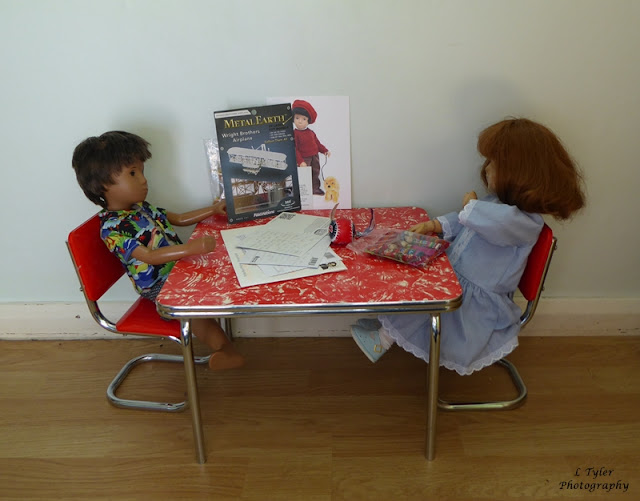 It does.  Henry agrees.  I might wait until the Sailor comes home to see if he will help me.  He is good with models...he builds lots of Lego ones anyway.

But that is a long wait Henry.  He isn't coming home until the end of November.  Peggy Sue explains to Henry.

What did you get Peggy Sue?  Henry asks. 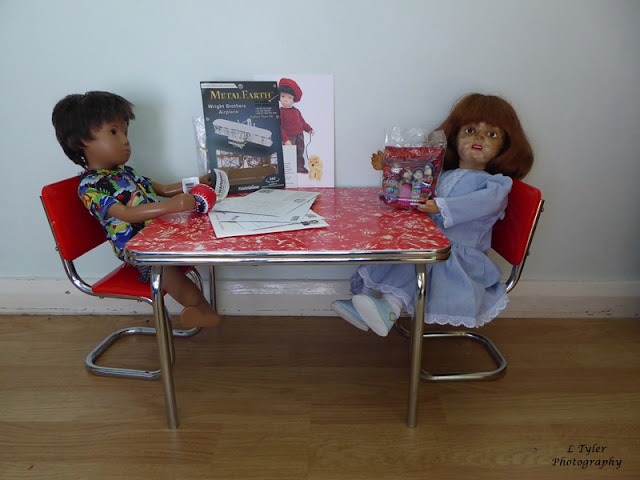 I got these.  Peggy Sue holds them up to show them. 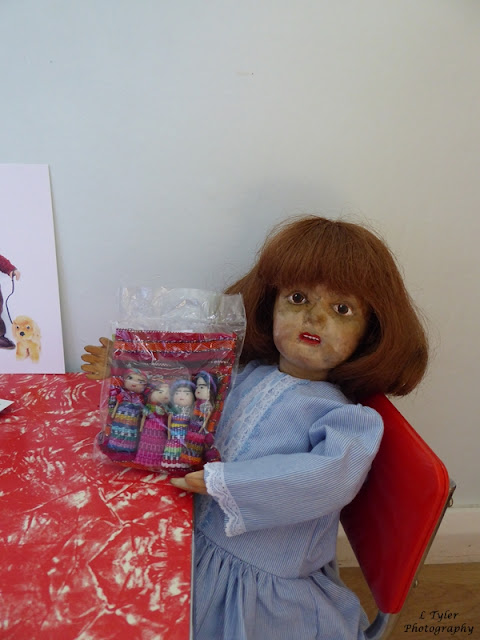 They are Guatemalan Worry Dolls.  Laura thought now I had a new brother I might have a few things more to worry about and that these might help. Peggy Sue tells Henry.

Why will they help?  Henry asks confused. 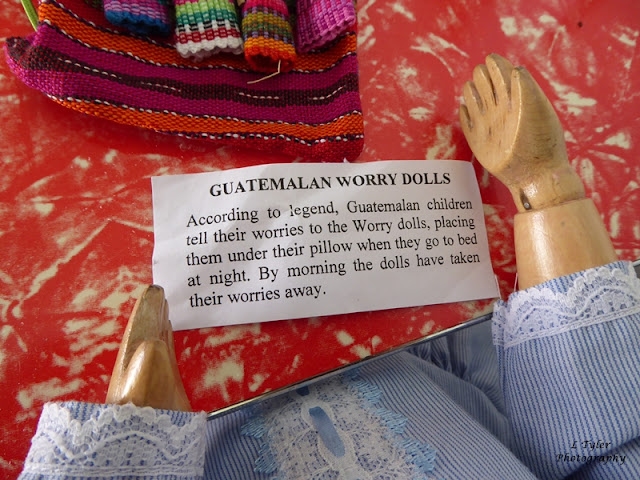 Well apparently if I tell my worries to the dolls and put them them under my pillow then my worries will all be gone by the morning!  Peggy Sue explains to him after she has read the little information sheet inside the package. 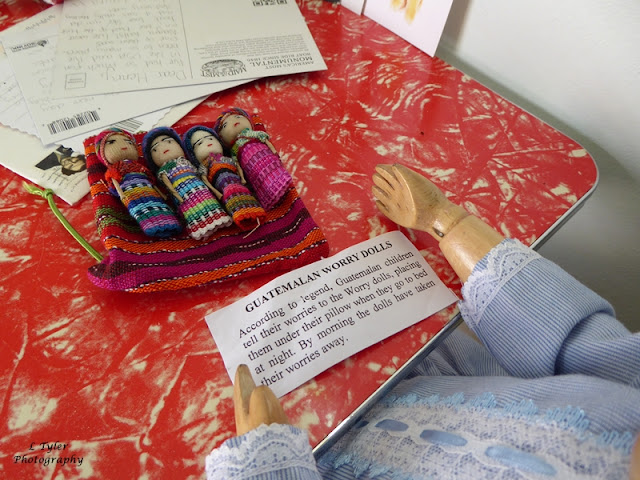 Perhaps Mum and Dad should have some of these!  Henry says. 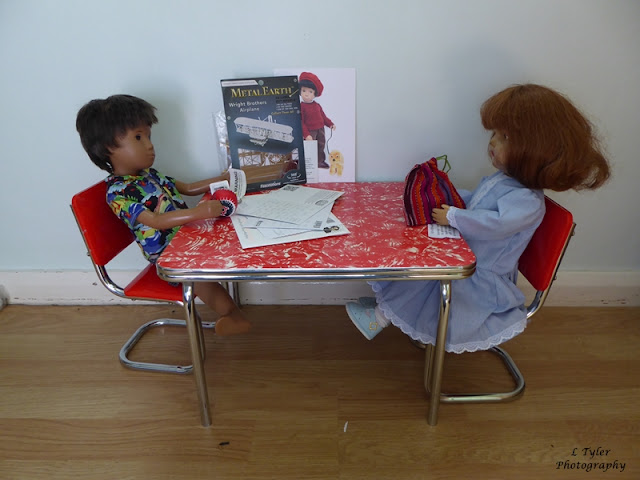 They've got their own special bag to keep them in as well.  Peggy Sue says as she puts them in the little bag.  What else have you got?

I've got this great Boston baseball.  I can't wait to play with it.

I also got given a craft kit to make up a duck on wheels.  But this didn't come from the USA, it was a craft kit from the Sasha Celebration Weekend that we were unable to attend.  Henry tells Peggy Sue. 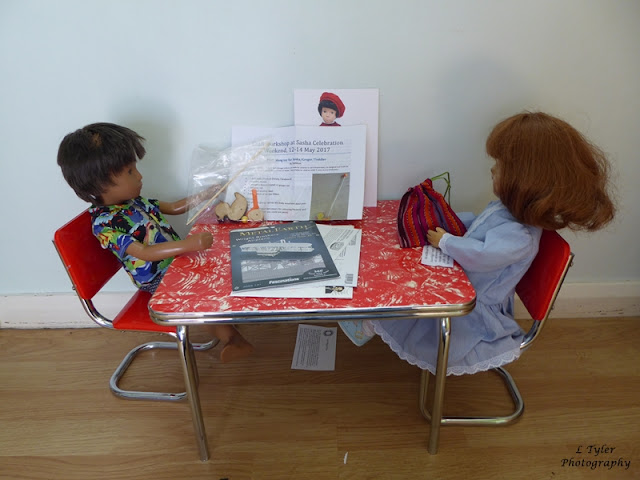 I'm going to make this up today.  Henry says.  It shouldn't be too difficult.  DollMum writes good clear instructions. 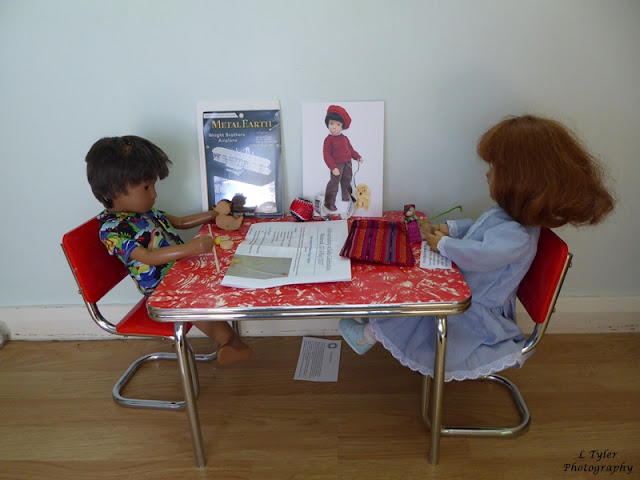 That sounds like a good plan Henry.  Peggy Sue says as she gets out her dolls to have a play with them.

Laura's adventures in the USA can be found on Doll Mum's blog here:  Doll Mum's Blog  keep checking back as she has only just started to post about them.