Someone was busy today.. 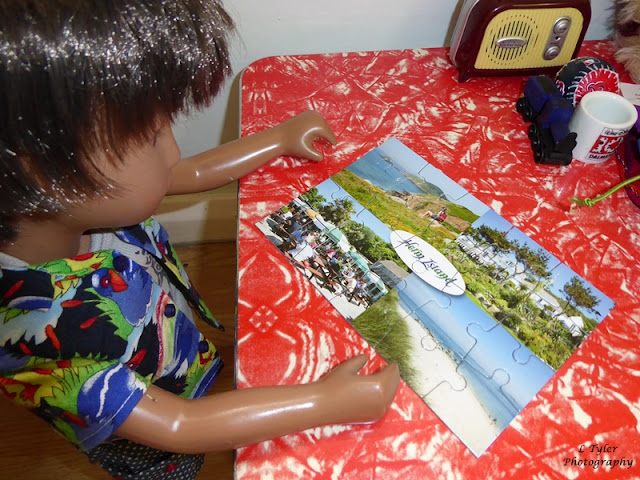 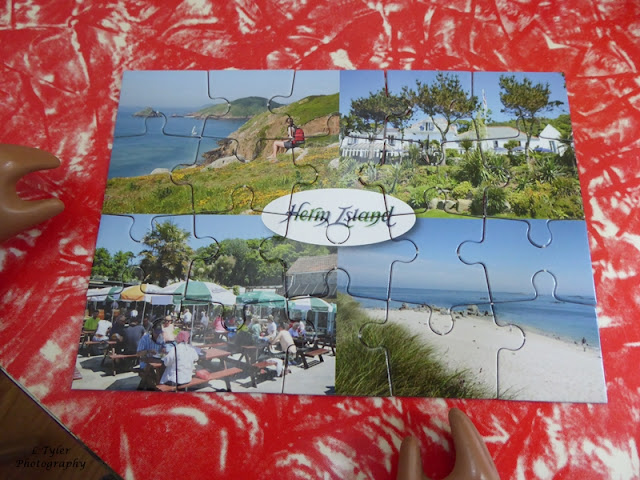 Henry and Laura often exchange postcards, and especially puzzle ones when they can find them. 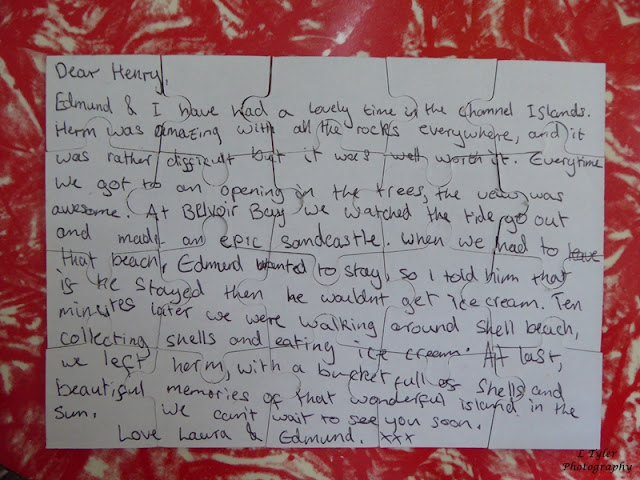 This is one Henry received some time ago.  He enjoyed putting it together again and re-reading the adventures of Laura and Edmund.

Henry's postcard album arrived today, so he kept this made up to put in his new album.  Now he just has to remember where he put his other puzzle postcards! 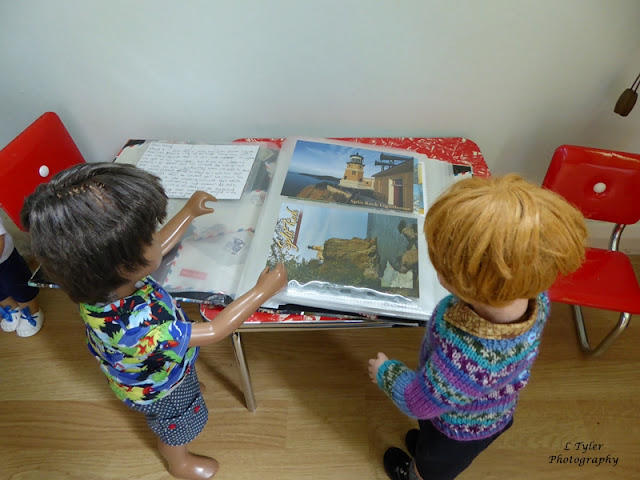 In the meantime he has put this postcard, and the postcards received from the Gregoropolis boys, and Laura from her recent trip to the USA in his album. 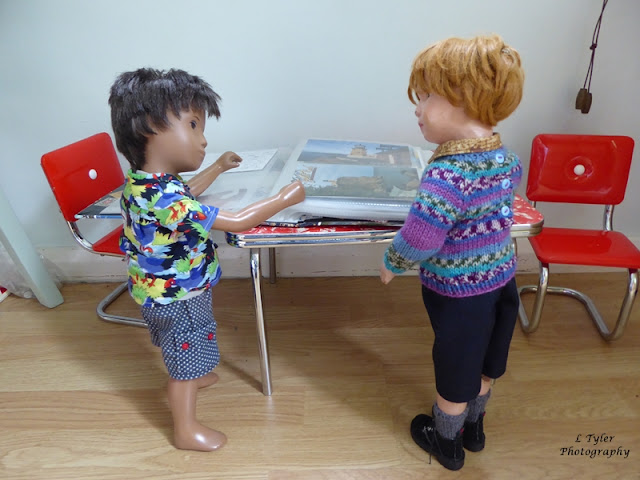 He enjoys showing Lewis his album and tells him all about his cards. 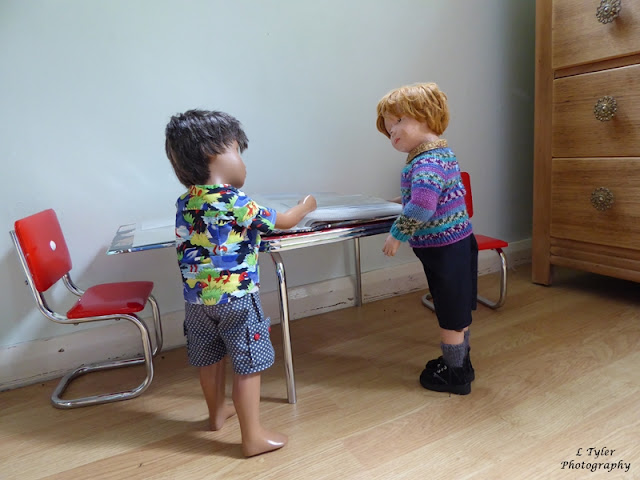 Henry tries to send postcards to friends every time he goes on holiday, so is thrilled when he receives some. 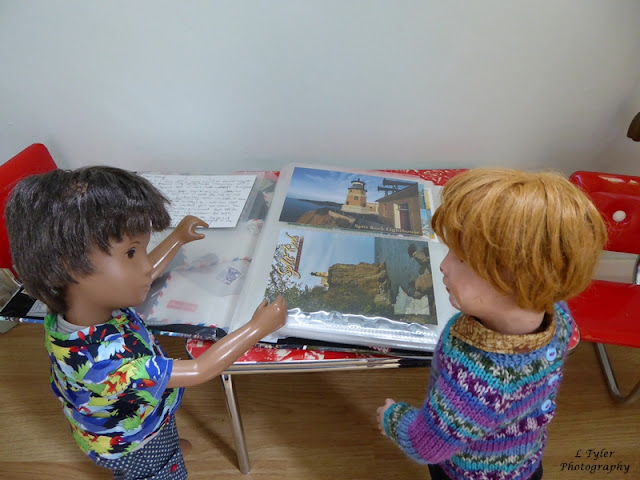 It is a great way to learn about other parts of the world.  He tells Lewis.