Several months ago I had the opportunity to buy a friend's doll that I had often admired.  I had her sent to another friend's house in the USA so yet another friend could bring her home with her after the Sasha Festival that I had originally planned on attending, but had to unfortunately cancel.  It was so nice to think I was having a 'treat' come home from the Festival, especially having both missed that and having since had to sell several special dolls.  It seemed a long time waiting, or at least if felt like it!  Finally she arrived home here on Sunday on the day of our Summer Picnic.

Not normally one to show pictures of myself on this blog, I decided as both Jocelyn and Doll Mum had taken photos of me unwrapping the doll I would post them. 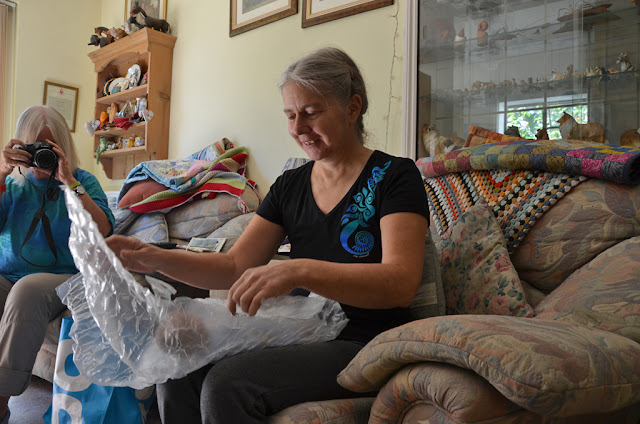 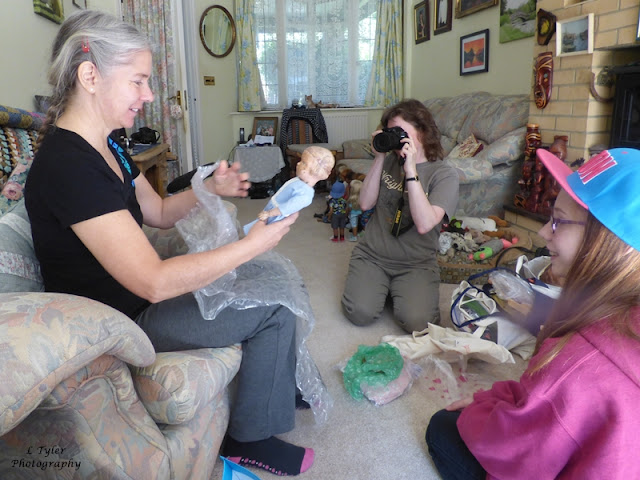 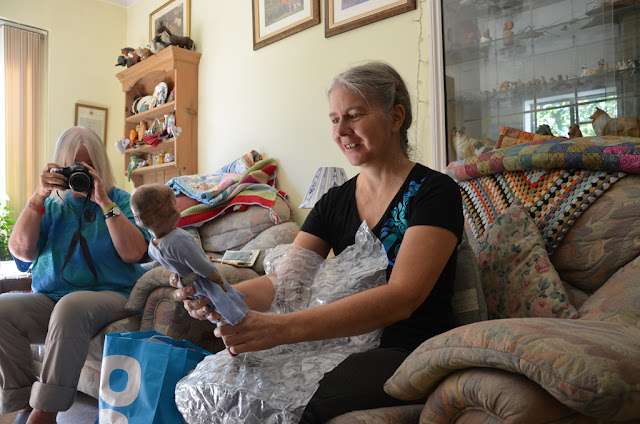 at just how petite this little Schoenhut doll is. 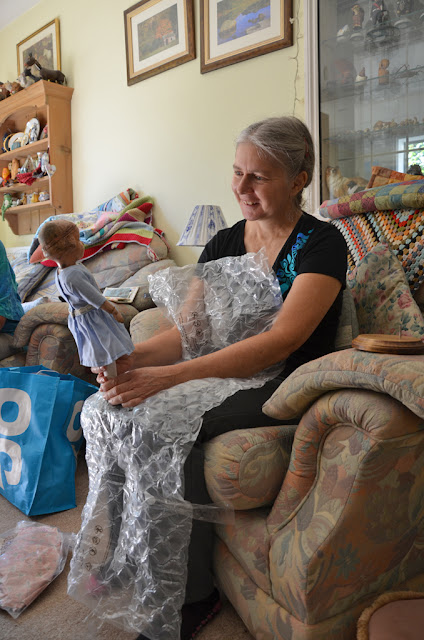 I just couldn't get over her size. 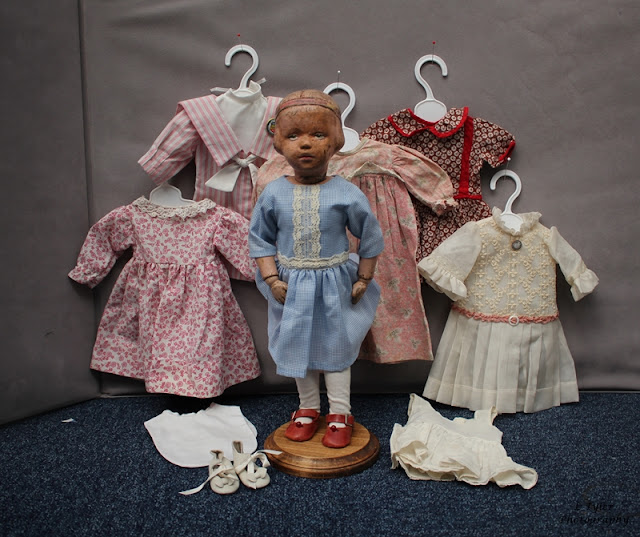 She came with a wonderful wardrobe of clothes, two pairs of shoes and a stand.  It is so nice to get a doll with a ready made wardrobe! 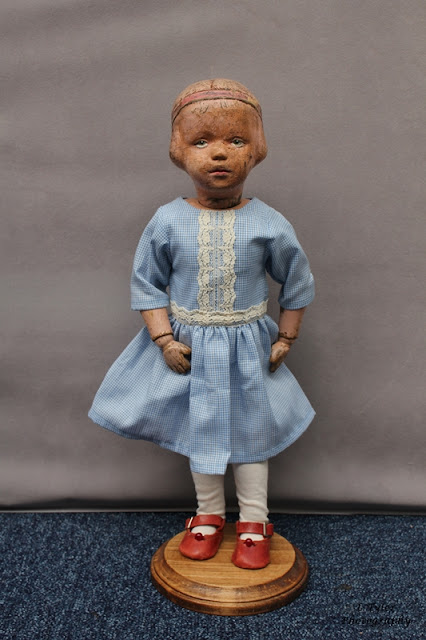 Doll Mum had dressed her in this pretty blue dress, as she had just been wearing her underwear. 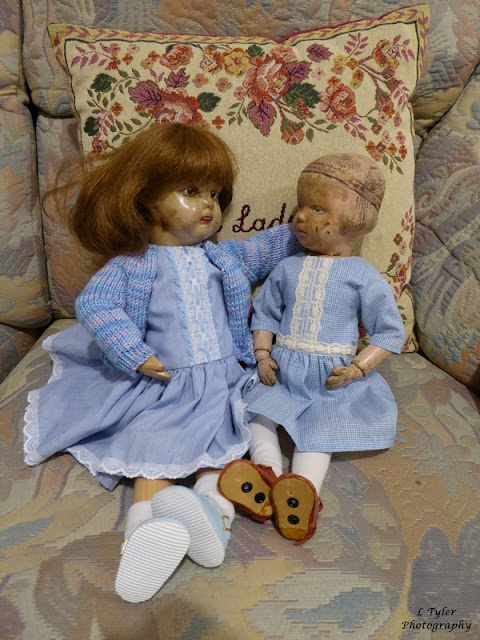 Which was uncannily similar to Peggy Sue's blue dress that I made her a couple of years ago. 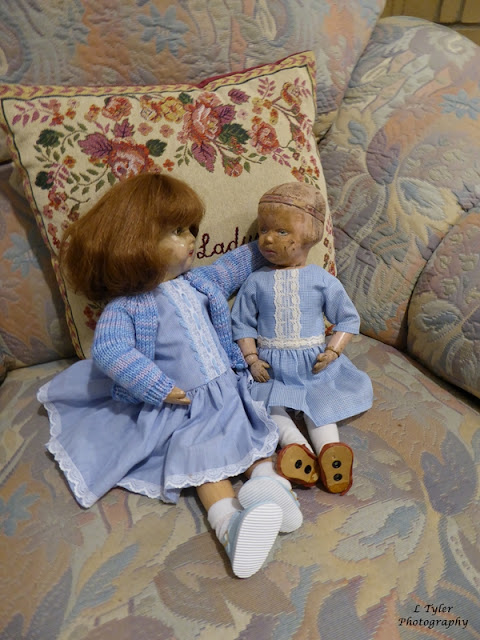 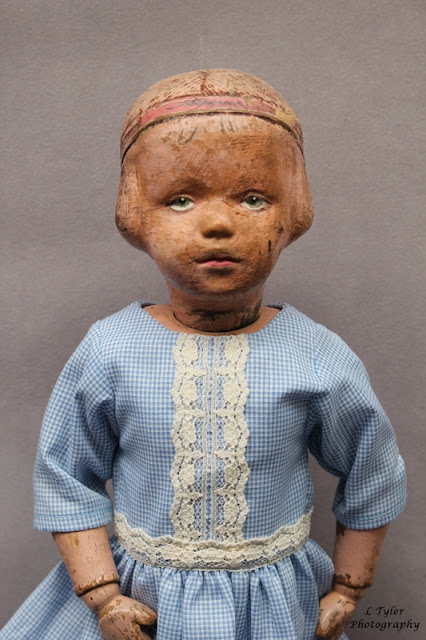 This doll dates from the Classic period - April 1912 - 1916.  She is from the 100 Series - "Carved Hair" Girls and  is model 14/105.  The 14 indicates her size in inches. This 105 doll first appeared in June 1912 in a 'Playthings' advertisement.  Her ribbon was either pink or blue and this girl has a pink ribbon.  Eyes would have been either blue or brown, and she has brown eyes.   I am guessing my doll was one of the earlier dolls. 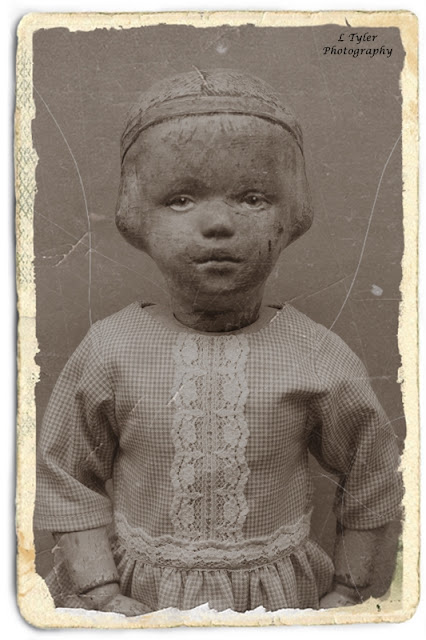 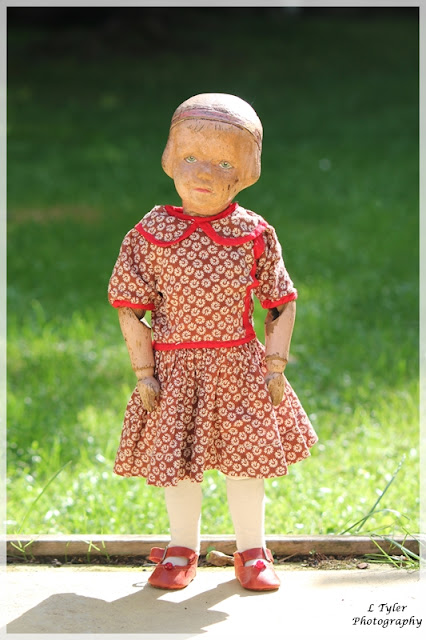 The bright sunlight doesn't show her to her best advantage here, but she wanted to show her red vintage dress off. 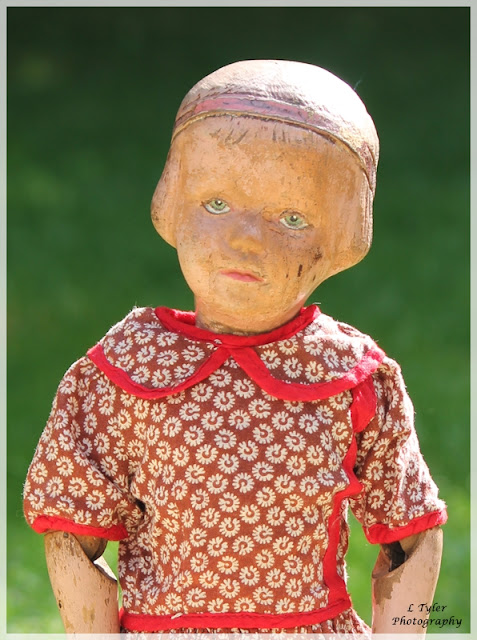 I think she is going to be called Rebekah Grace...but probably Gracie for short.