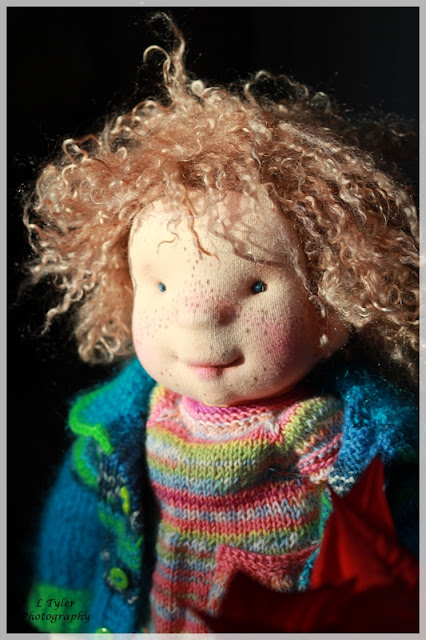 My interest in Waldorf dolls and the Steiner philosophy stems from when my son was a baby over 25 years ago now!  My son had many handmade wooden toys and one very special Waldorf doll. 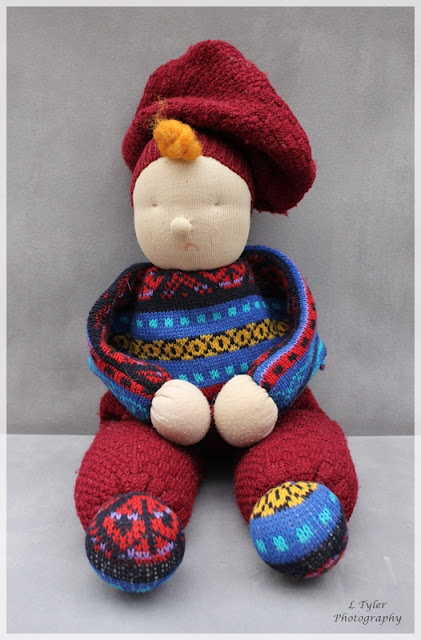 This is my son's 'Waldolf' doll 'Brian' made in true Waldorf style with recycled fabrics (clothing) stuffed with natural wool. This doll was made about 24 years ago for my son by a friend of mine. We were very interested in the Steiner Philosophy and School of Thought and set up a playgroup in our area. My friend also helped to establish a new school as well... after I had left New Zealand.
My son called him Brian and I guess at some stage when he was unhappy he drew an unhappy face and tears on him. (I think this was during the time when he was at his primary school where he was bullied - we ended up removing him from school and home educating him)

Roll on 25 years and I finally have a couple of my own Waldorf dolls!   One of these is 'Tui' a Kiwi girl who lived at a couple of 'foster' homes before finally finding her forever home with me.  Tui Sasha (Sasha was her given name) was made by Natasha Kanzler, from Auckland, New Zealand. 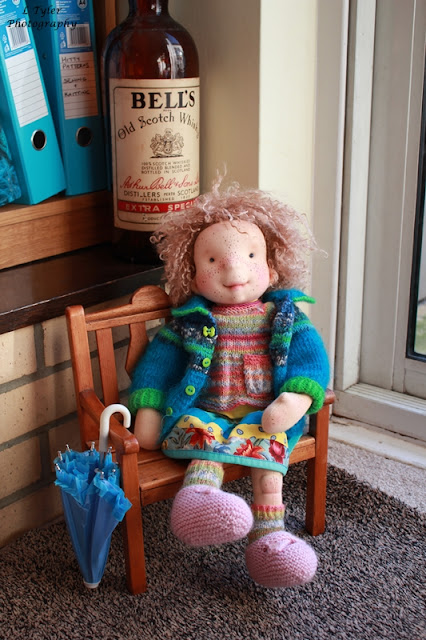 Here she is patiently waiting... 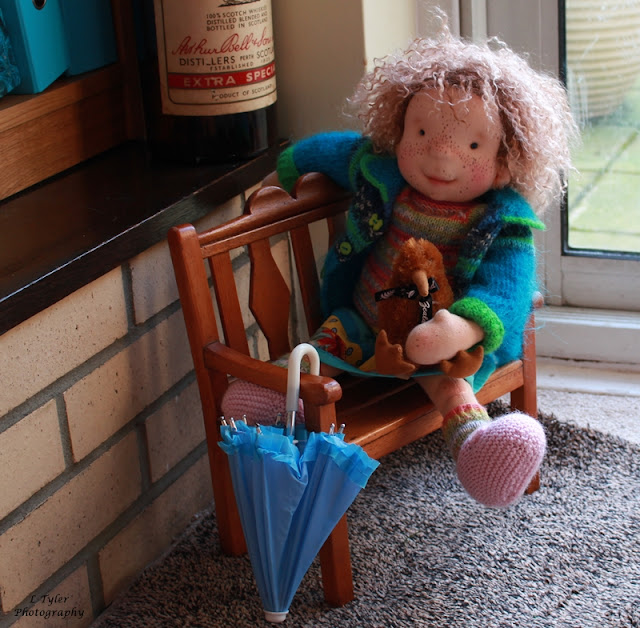 She has found her friend 'Kiwi' 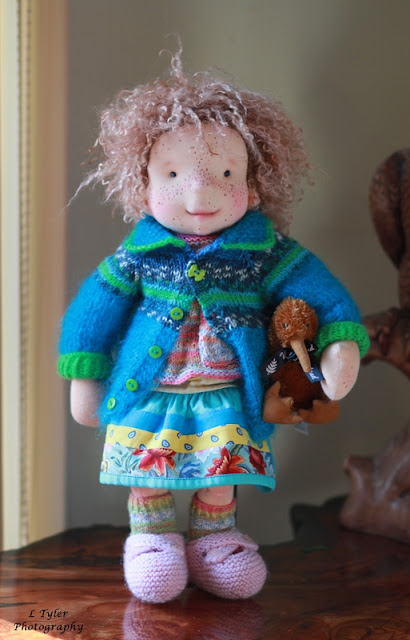 She is rarely seen without her Kiwi. 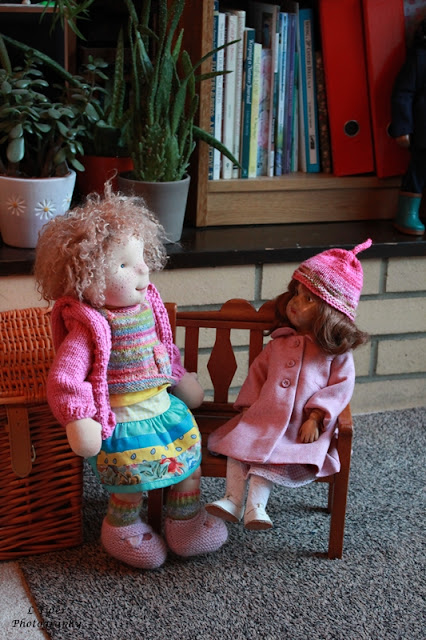 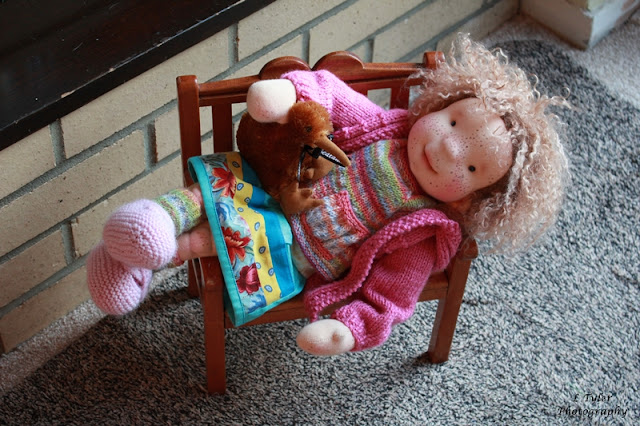 'Chillaxing' which is apparently what draping yourself over a chair is called. Riding on a tricycle. 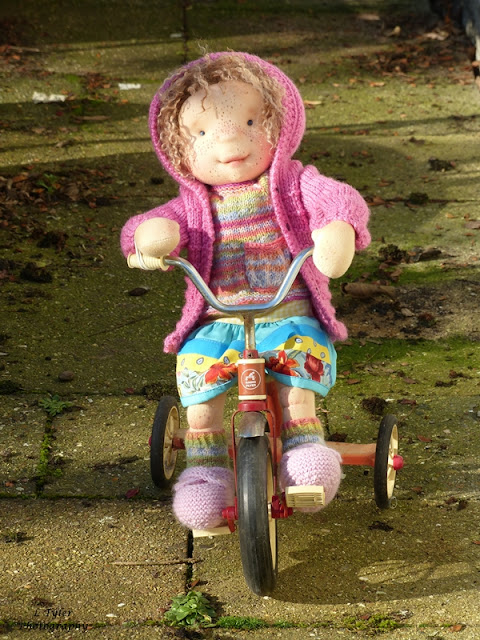 Oops, someone is missing! 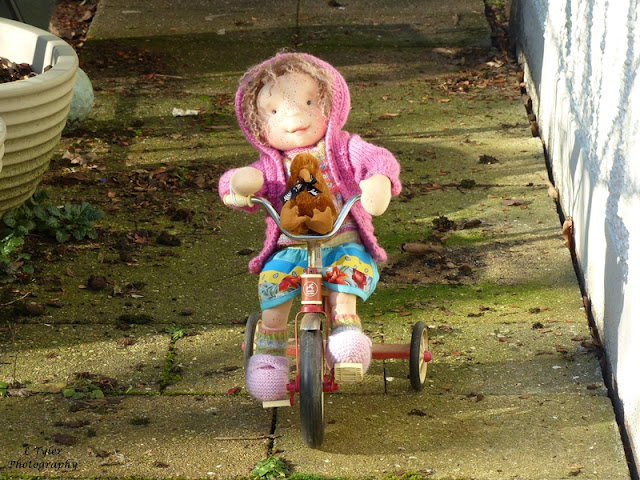 That is better... always fun when you can share with a friend. 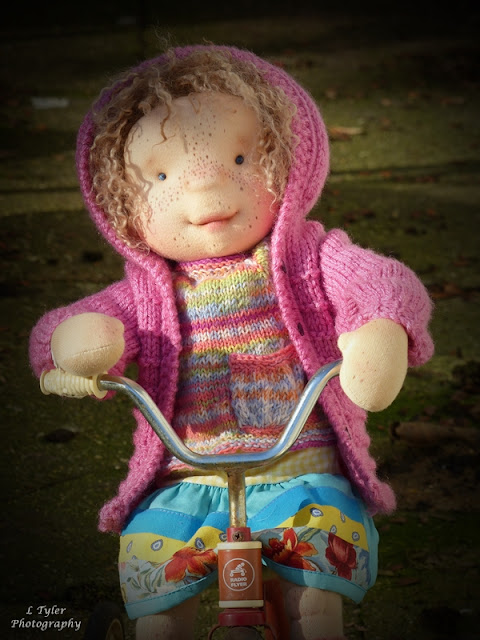