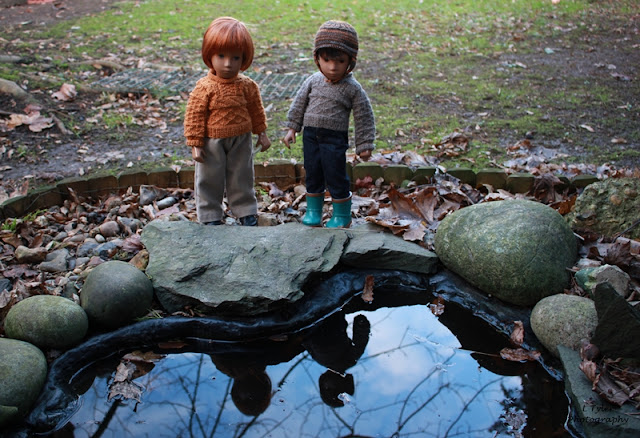 What do you think Henry?  Rory asks.  Looks a bit murky doesn't it?

It does, but you can also see our reflection, so it might not be too bad.  Henry replies. 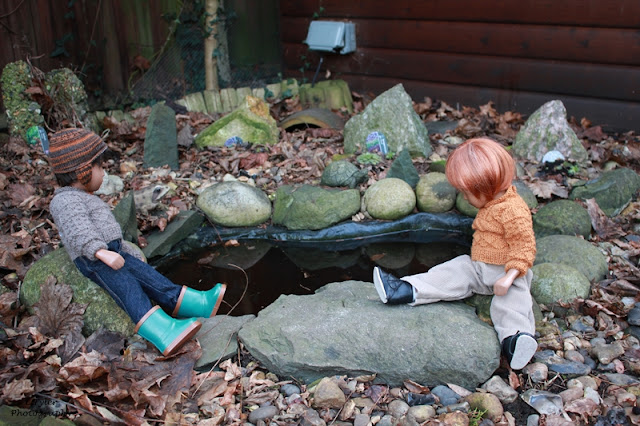 Do you think we will get any frogs this year?  Perhaps we ought to test the water... Rory says.

Could do I guess.  Henry agrees. 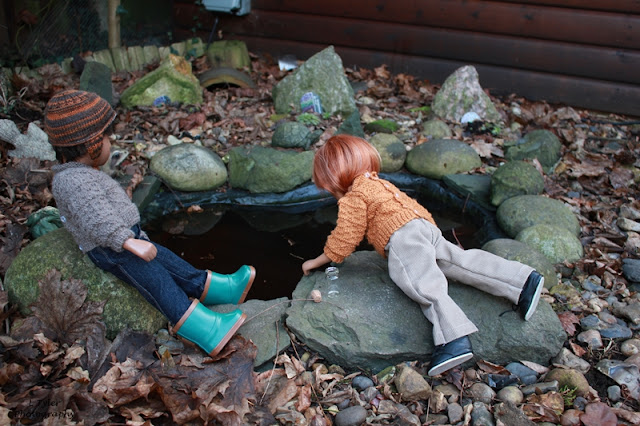 Careful you don't fall in Rory!  Henry says as Rory leans over the pond to check the water before collecting some. 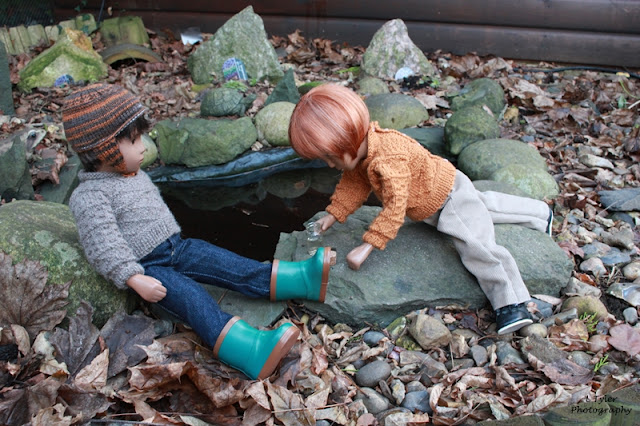 Right I've got a sample of water.  Rory tells Henry. 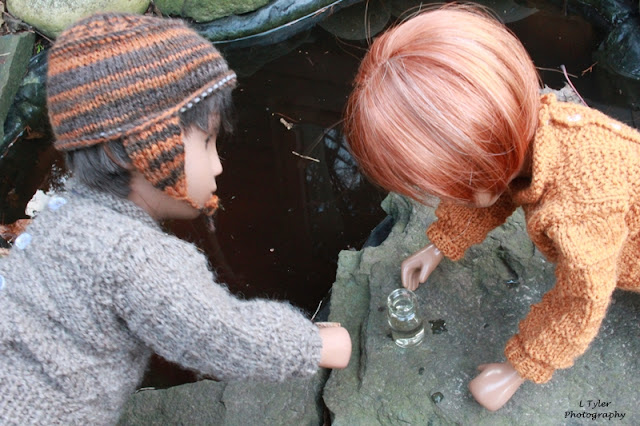 Here's the cork for the top Rory.  Henry says. 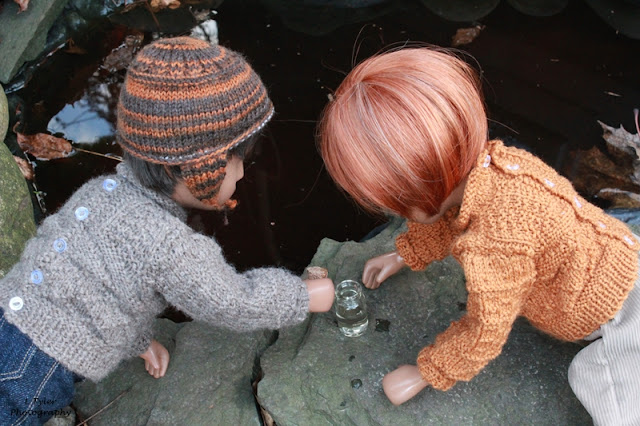 Right, hold the bottle steady while I pop it on.  Henry tells Rory. 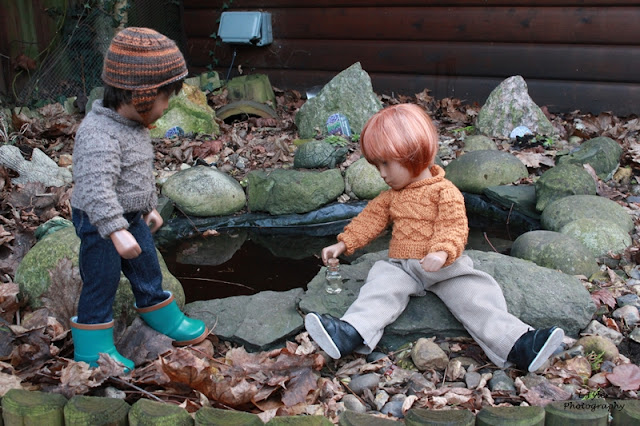 There we go sample collected. 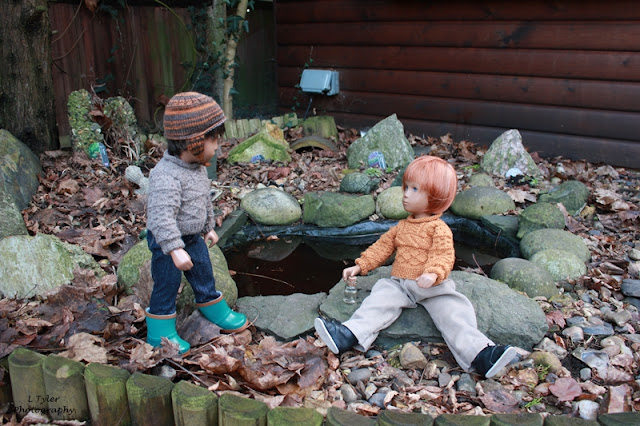 What do we do with it now Henry?  Rory asks.

Let's take it to Peggy Sue, she can examine it under her microscope.  Henry suggests. 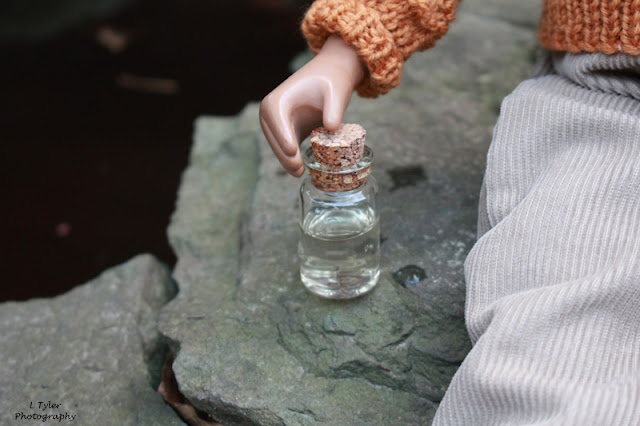 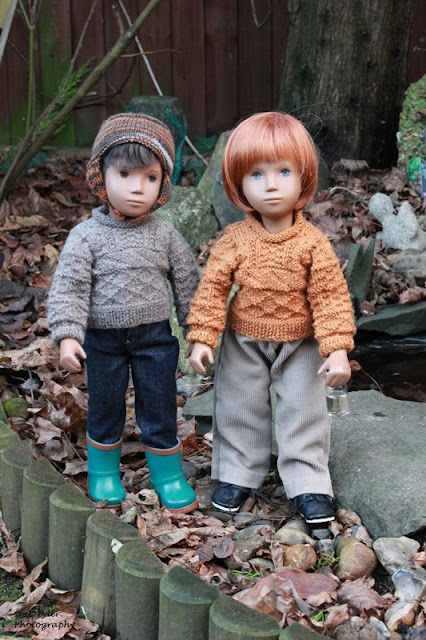 The boys head off back to the house. 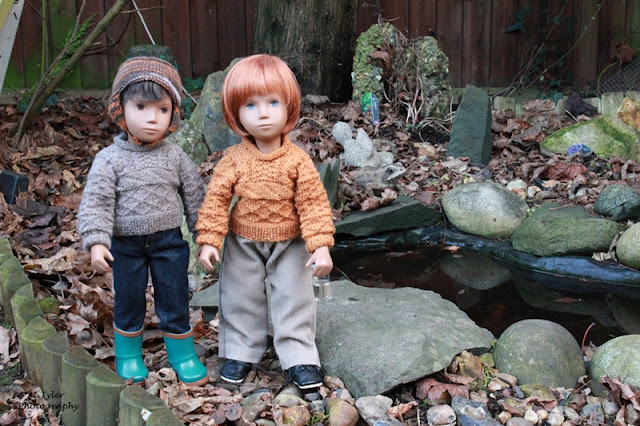 Each deep in thought about what Peggy Sue might see in the water.