Not arriving in time for a 'Blue Monday' post, Peggy Sue still wanted to wear her new blue coat and blue boots. 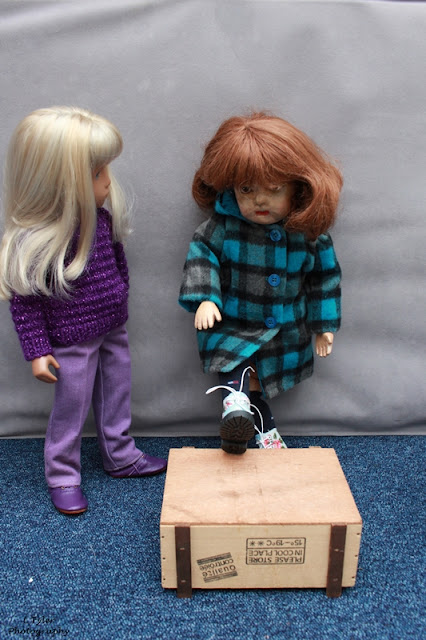 Stevie comes up to her.  What are you doing?  She asks. 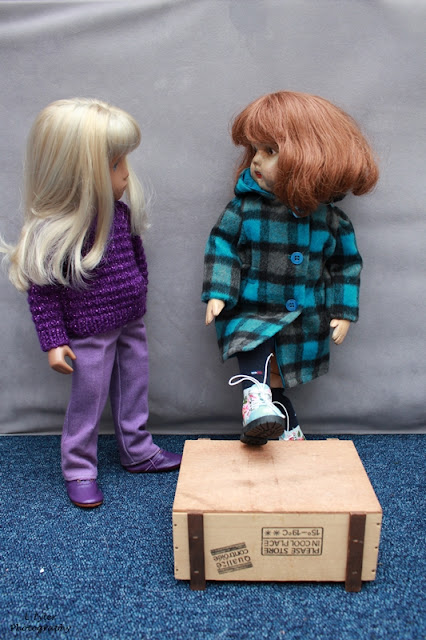 I'm tying up my new boots.  It isn't easy you know.  Peggy Sue tells her. 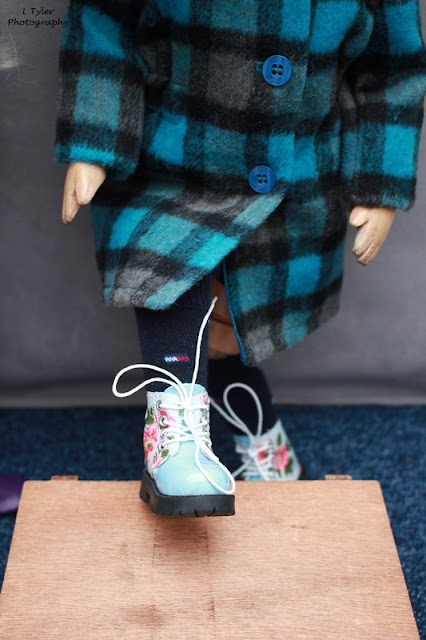 It is quite a stretch to reach my feet! 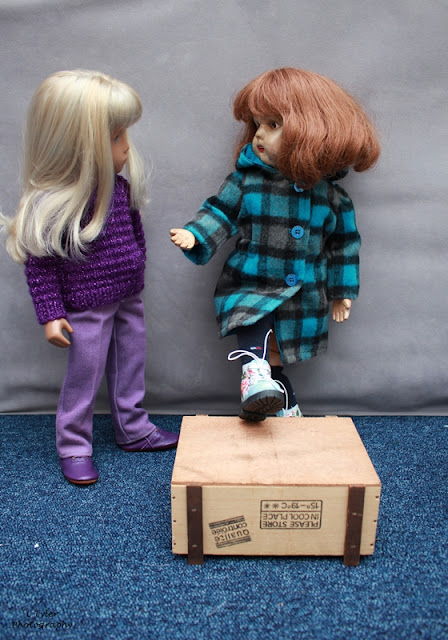 Aren't they pretty? She asks Stevie.  They have little flowers on the side.

I guess so Stevie replies, but I prefer purple! 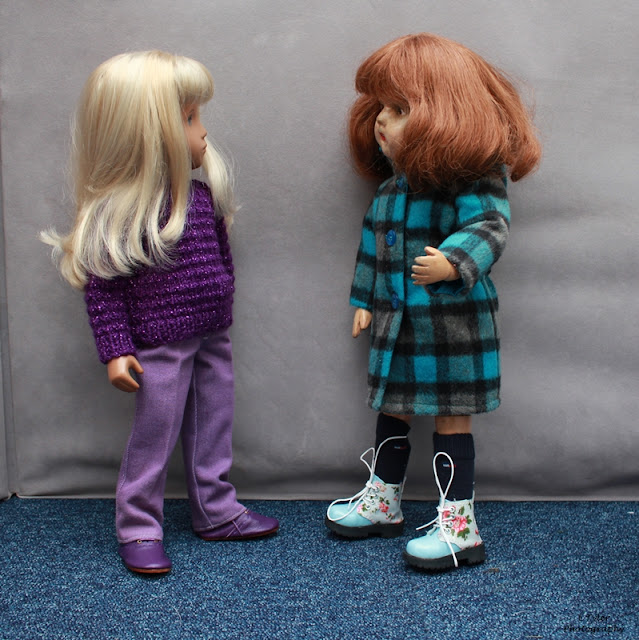 I don't really mind what colour.  I just like coats and boots!  But especially coats.  Peggy Sue tells her.

Coats are good, they keep you warm when you go outside.

Stevie tells Peggy Sue that she has no intention going outside during the winter!  It is far too cold!

But that is why you need coats!  Peggy Sue informs her. 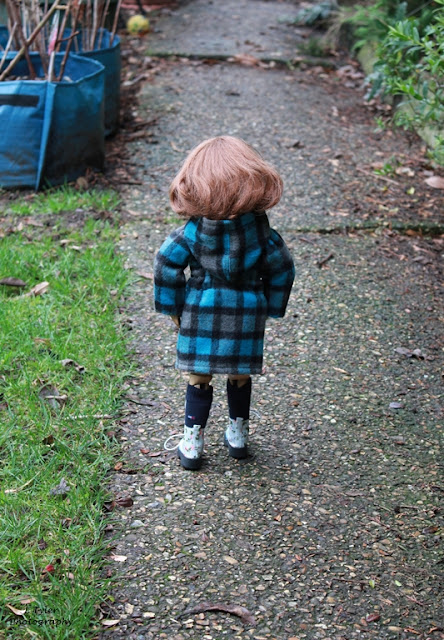 Peggy Sue sets off for a walk. 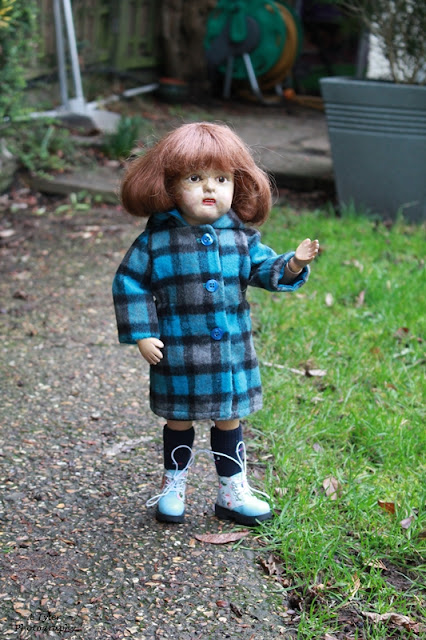 She spots a bird on the bird feeder. 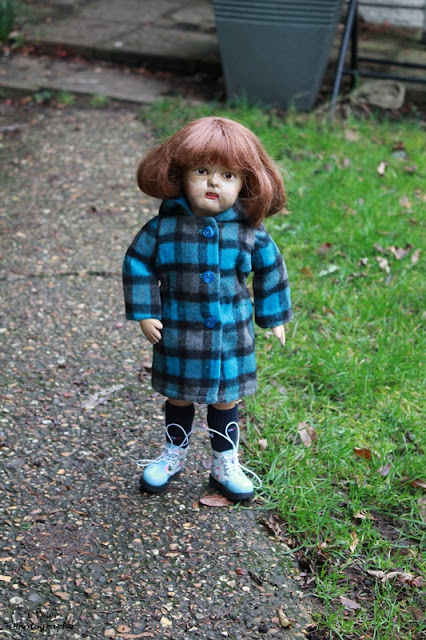 Don't worry, I won't get my new boots muddy.  She informs me. 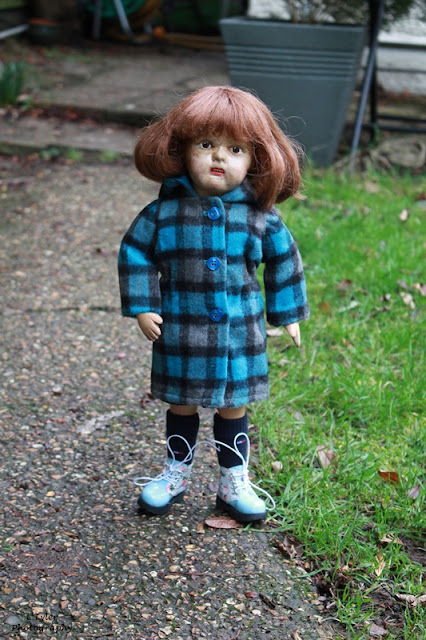 I'm going to stick to the path today.

A little later on she is back inside in the warm playing in her bedroom with Stevie. 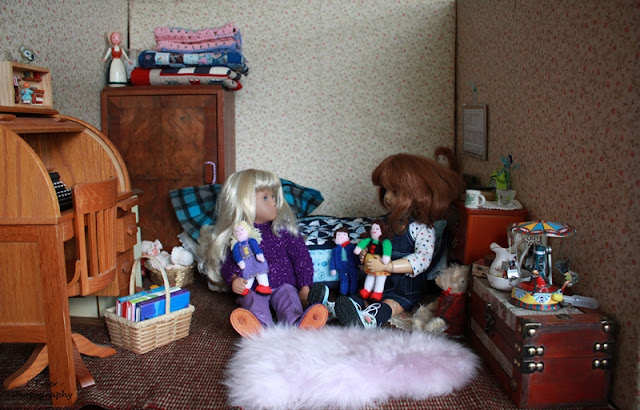 The girls are playing with some dolls. 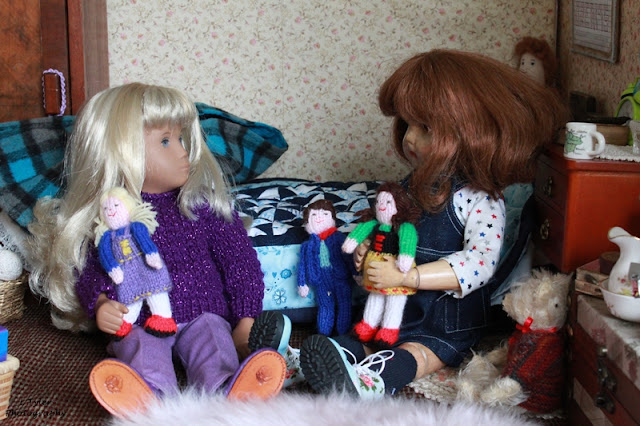 What is your doll called?  Peggy Sue asks. 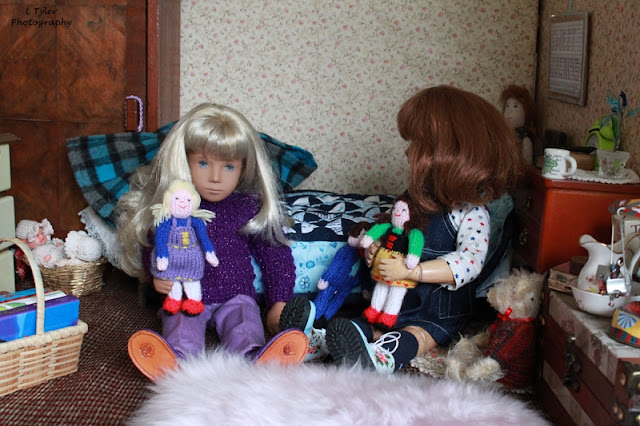 I don't know yet.  Stevie says as she thinks of a name. 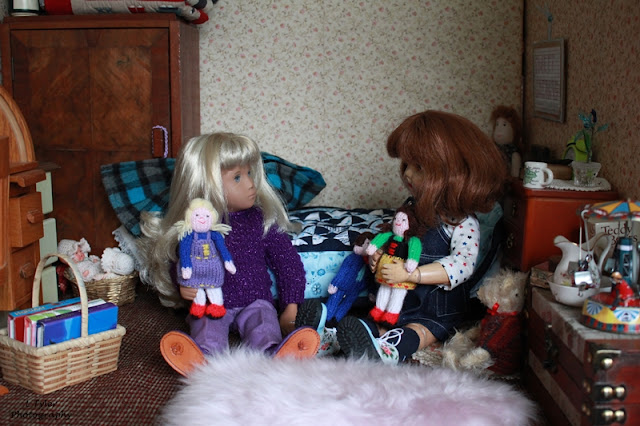 I like this one though as she has a purple pinafore on.

So she does!  Peggy Sue says as she smiles and thinks to herself...that the little doll also has a blue jumper on!