With the weather being damp and well pretty much winterish, there is not much to it but to play inside in the warm and dry. 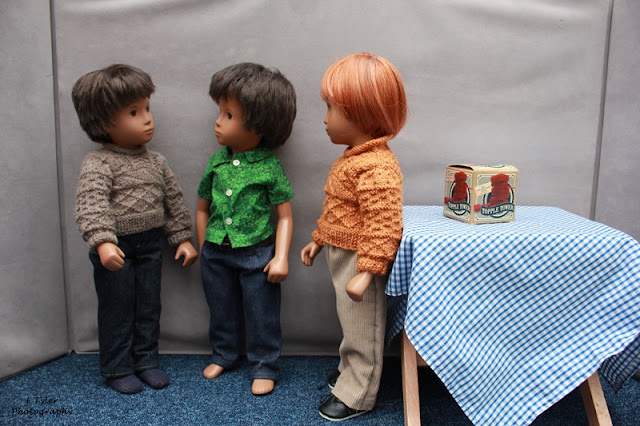 Do you guys want to have a game off Topple Tower?  Henry asks Donny and Rory. 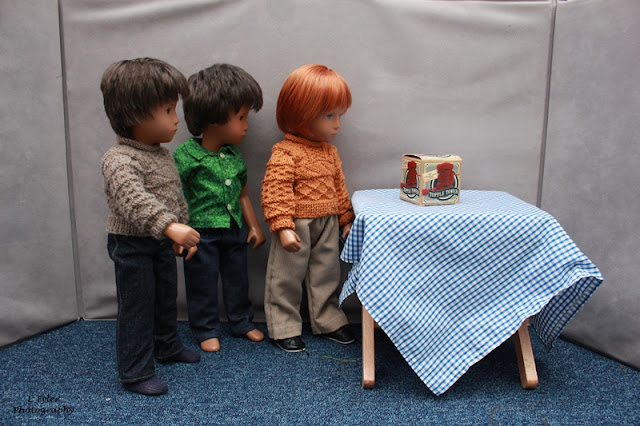 Brilliant.  Henry says.  I have the box out and ready to set up. 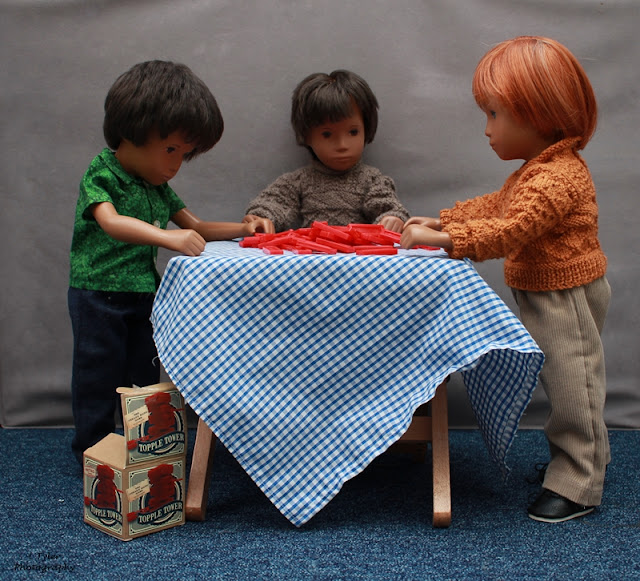 The boys tip the tower blocks out and start to set them up in a tower. 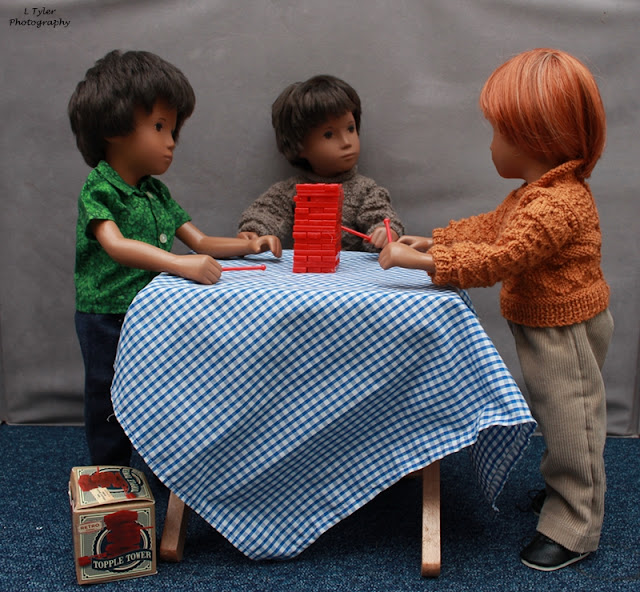 Once the tower is made Henry explains the rules.

You have to push a block out with your little tool, but it must be below the top three layers.  The youngest starts, so that is you Rory. 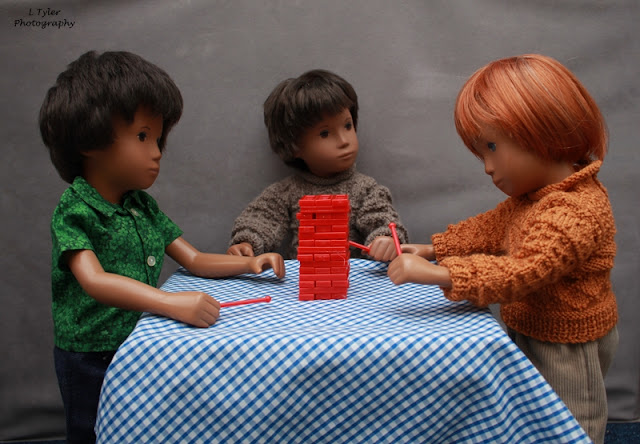 Rory studies the tower.  So I have to start below the top?  He asks to make sure.

Yes that is right.  Henry replies. 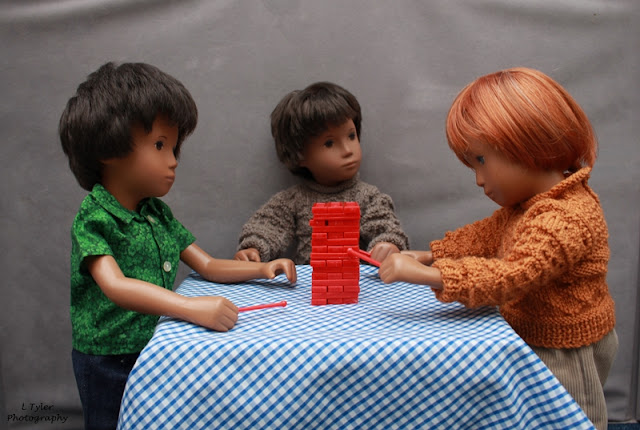 I think I will go for this one.  Rory tells them.

Donny watches him carefully as he knows it will be his turn next. 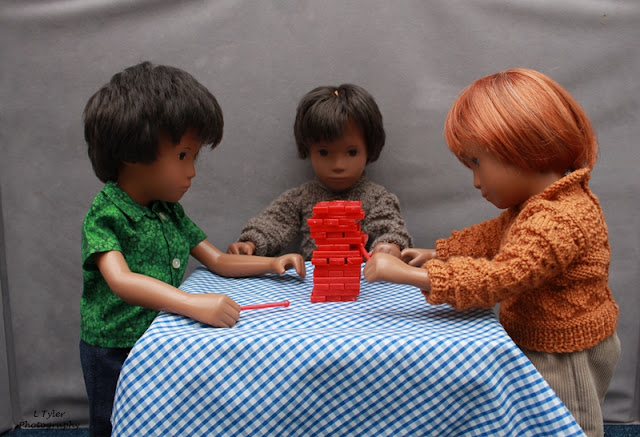 Rory starts to push the block he has chosen out. 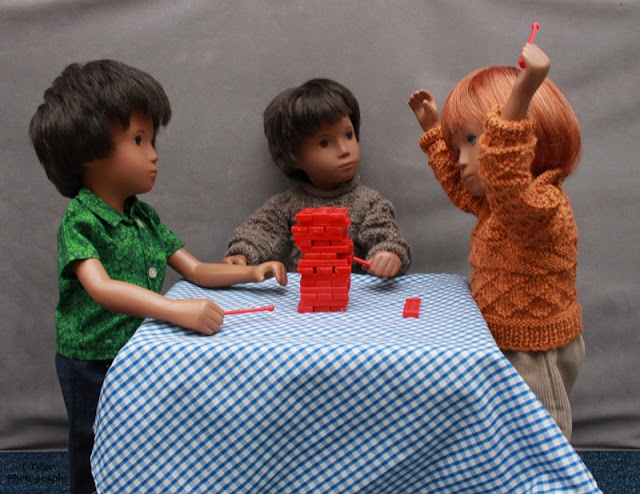 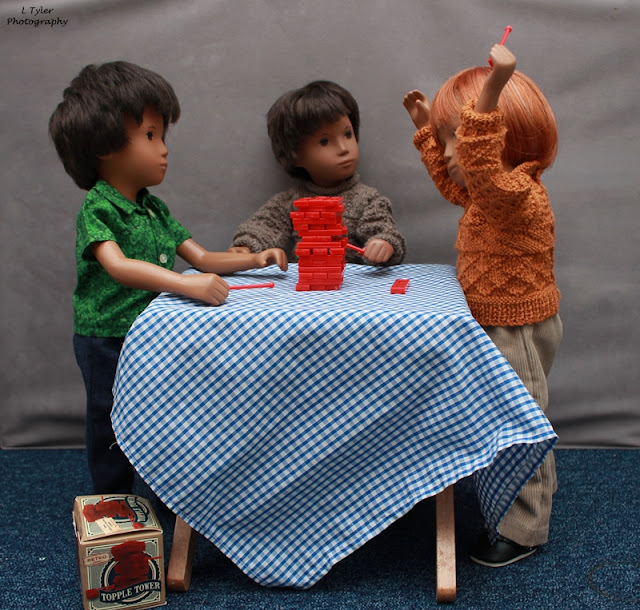 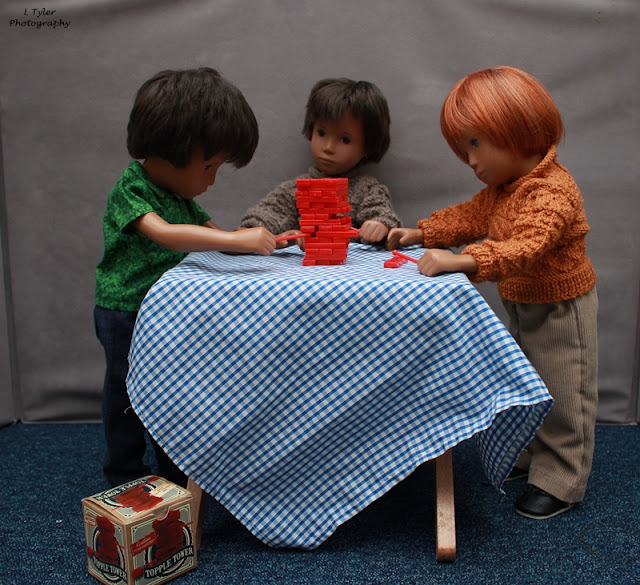 I'm going for this one here.  He tells them. 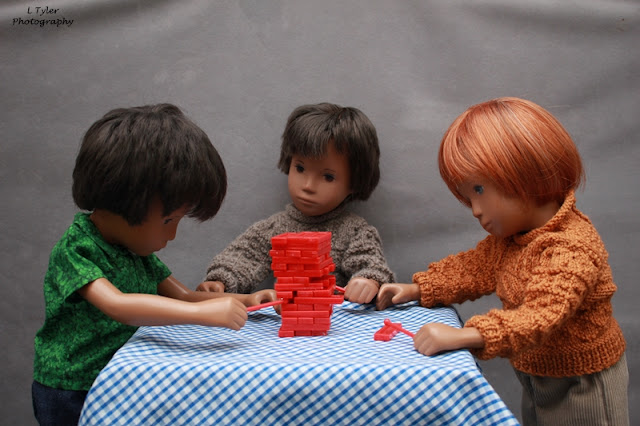 Donny ever so carefully pushes the little block out. 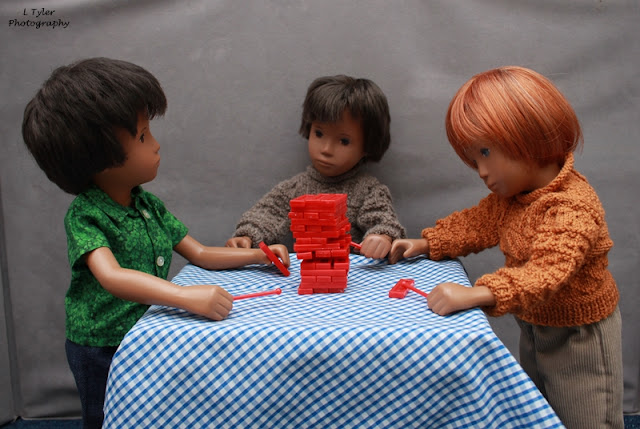 Got it.  He says proudly.  Your turn now Henry. 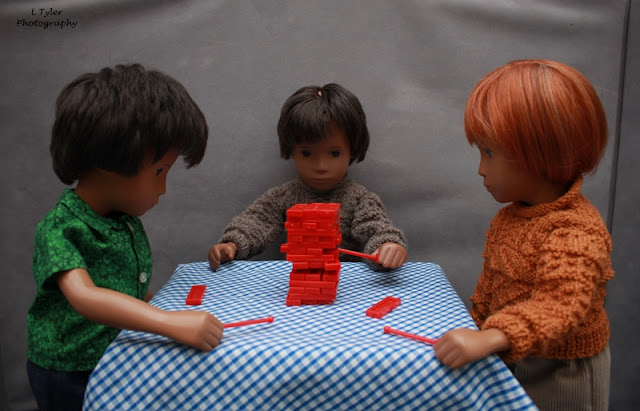 Henry also studies the tower intently which is looking a little less uniform than it did. 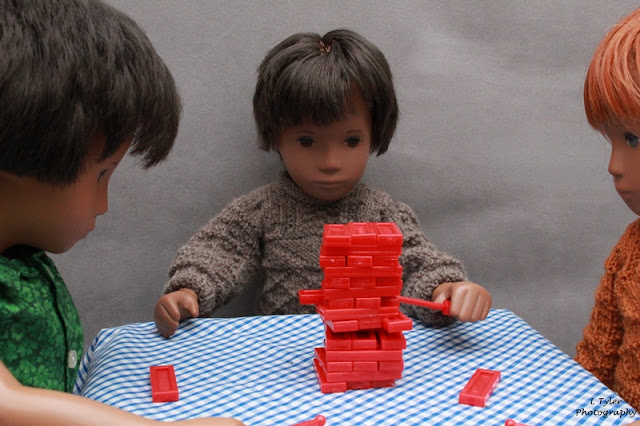 He carefully pushes a block out. 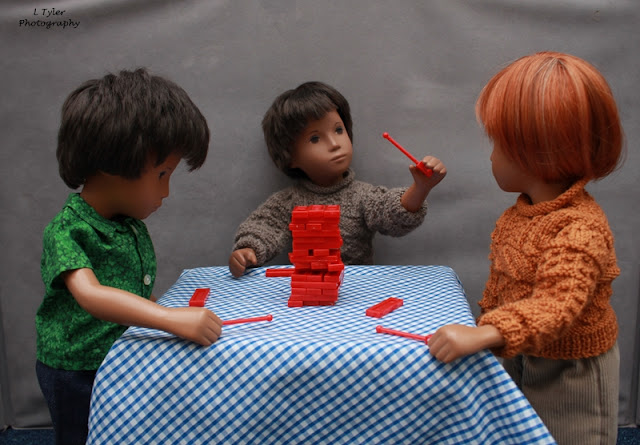 Done it!  He says.  Your turn again Rory. 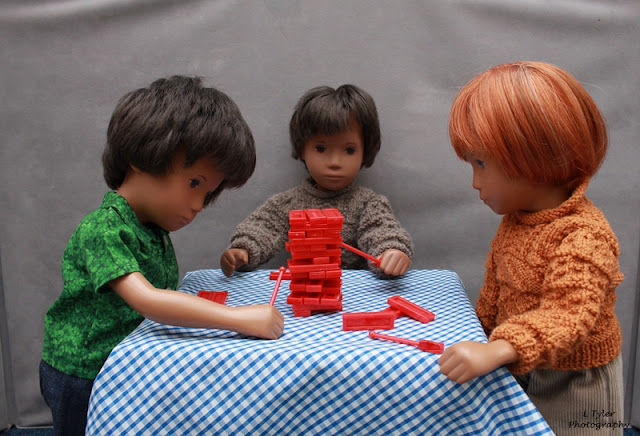 A little later the boys are starting to build a little pile of their own.

Donny has another turn and is successful.

With four blocks each, it is Rory's turn again. 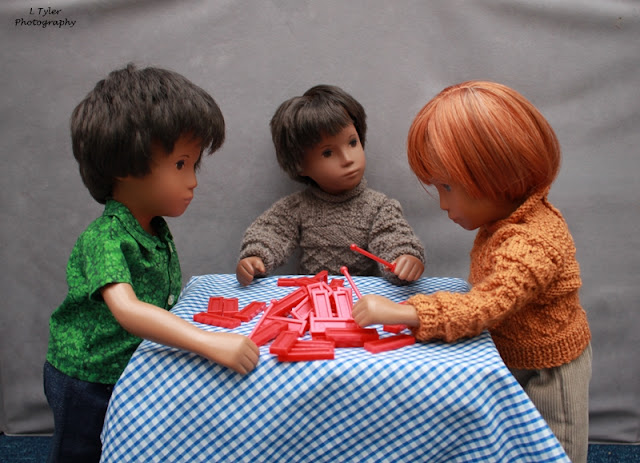 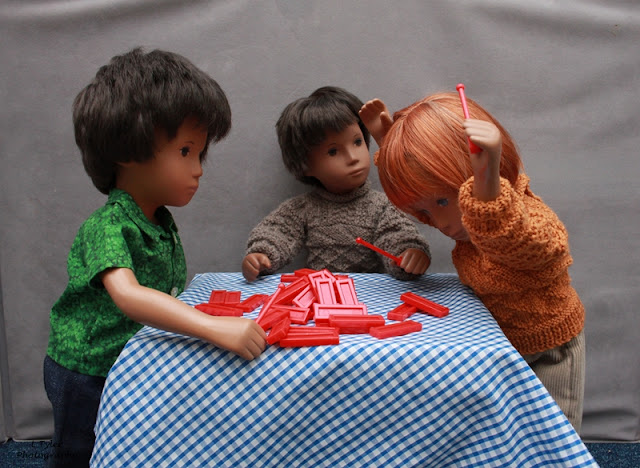 Oh no!  Cries Rory.  I've knocked the tower over. 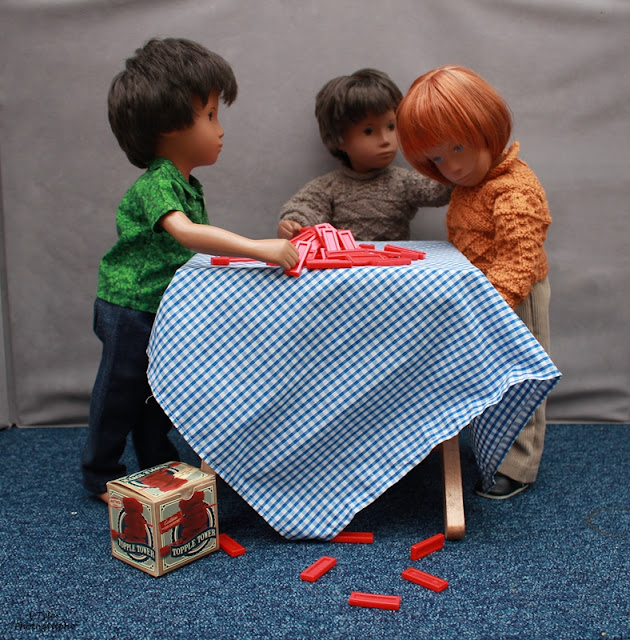 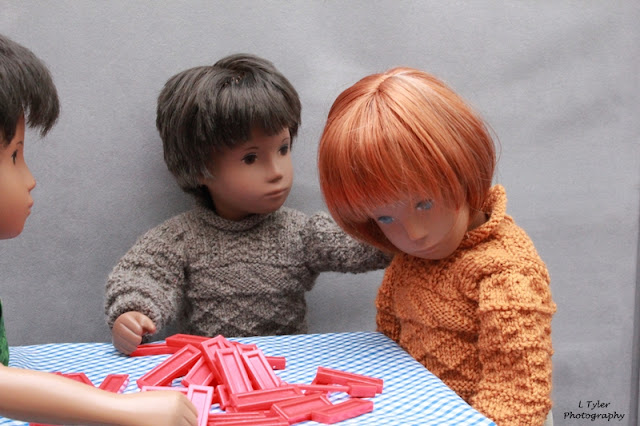 It is okay Rory, it is just part of the game.  Henry tells him.  It is not easy, especially when it is your first go at ever playing it.

Rory is eventually consoled and they play another game, this time accumulating five blocks each before the tower toppled. 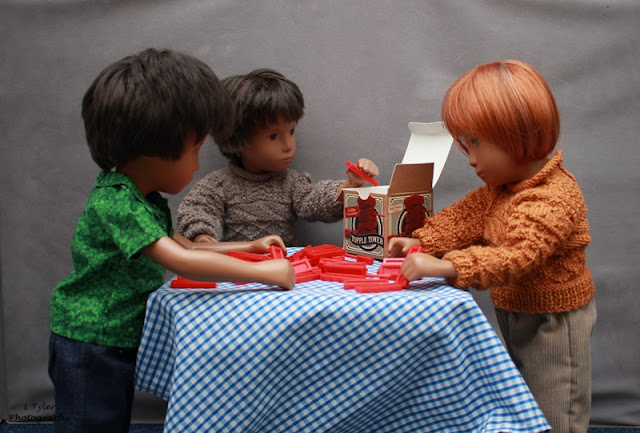 Time to pack up. 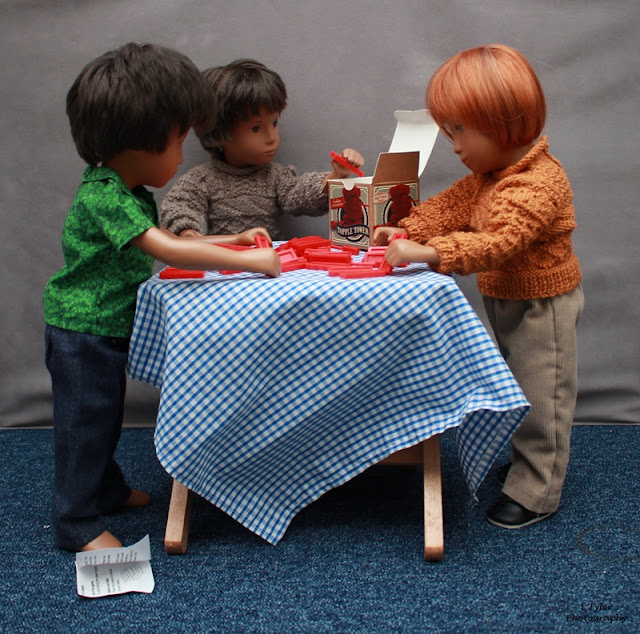 Henry, Donny and Rory start to pack the blocks back up into the box. 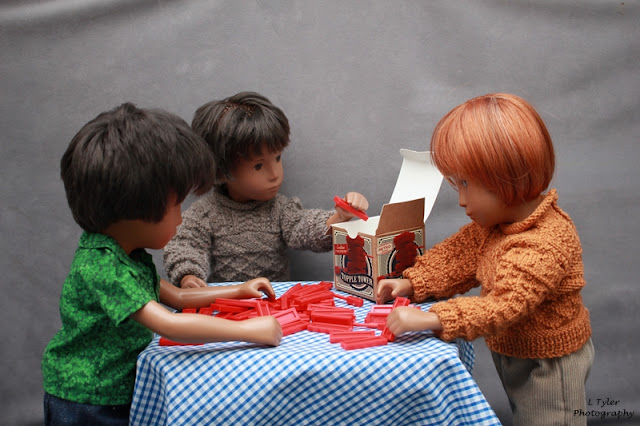 They all agree that they actually had quite a bit of a laugh playing it and it was good practice for steady hands!