After collecting their sample of water the boys head indoors to find Peggy Sue.  Rory has told Henry about Peggy Sue's sore neck and he was going to ask Peggy Sue how it was today, but Henry thought it probably better to avoid the subject, especially as Rory wanted Peggy Sue to look at his water for him. 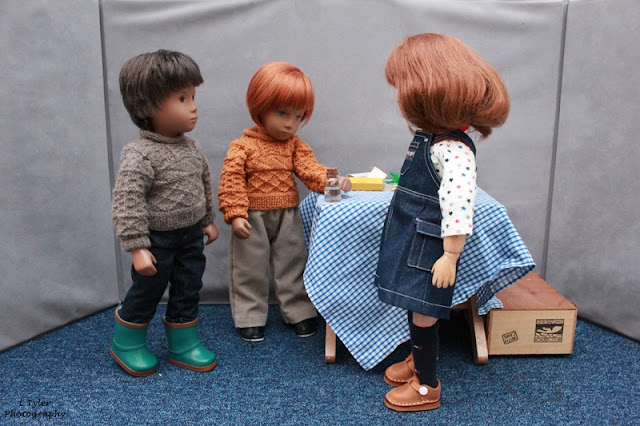 We've bought you some pond water Peggy Sue.  Henry says as Rory puts the little bottle with the sample of water down on the table. 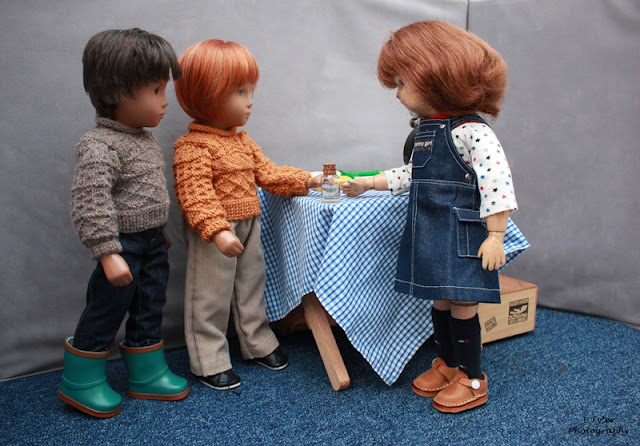 What's that for?  Peggy Sue asks. 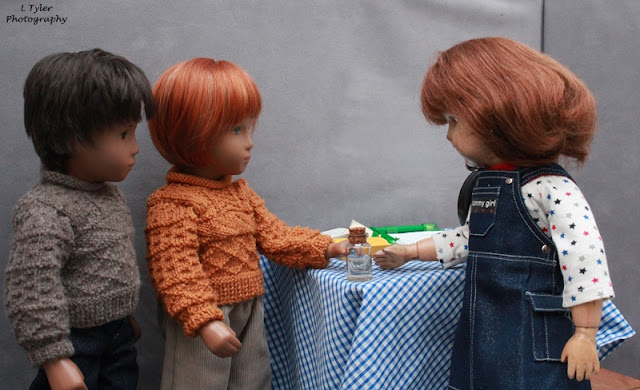 It is so you can test it for us.  Rory tells her.

Test it for what?  Peggy Sue asks.


Well you should know, you are the scientist!  Rory says. Or at least you want to be.

Perhaps just see if there is anything small in it.  Henry suggests. 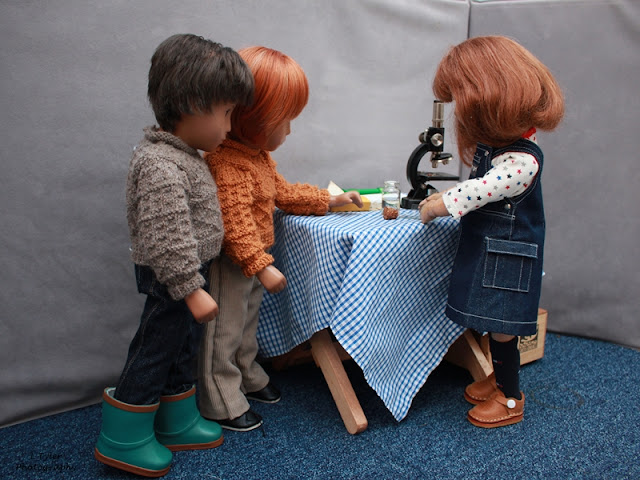 Sounds like a good idea to me.  Peggy Sue agrees.

She takes the top off the little sample bottle. 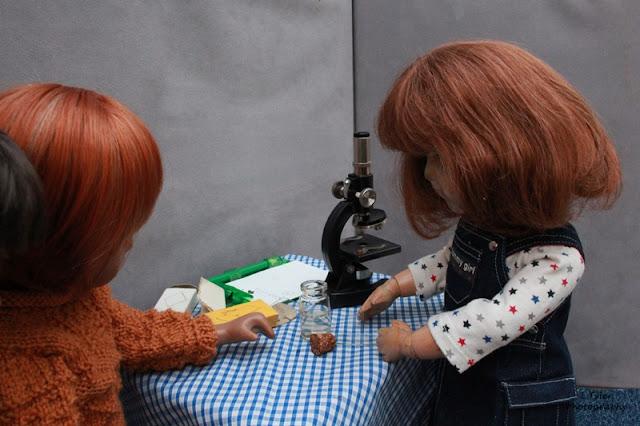 I've got to put a little drop on this slide and then put the mount over the top.  She tells them. 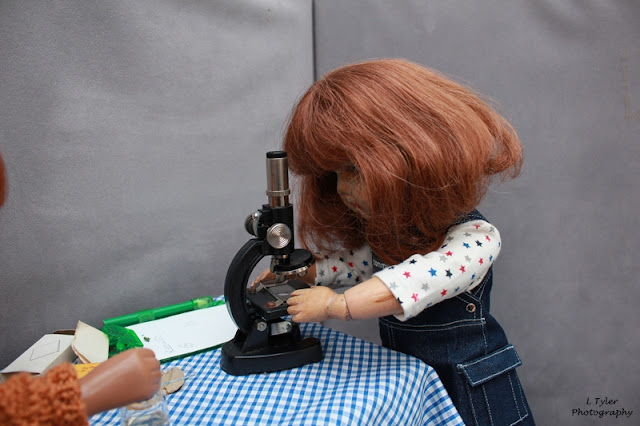 Right, lets put it on the stage.  She says.

That's the little platform that the slide sits on.  Peggy Sue explains. 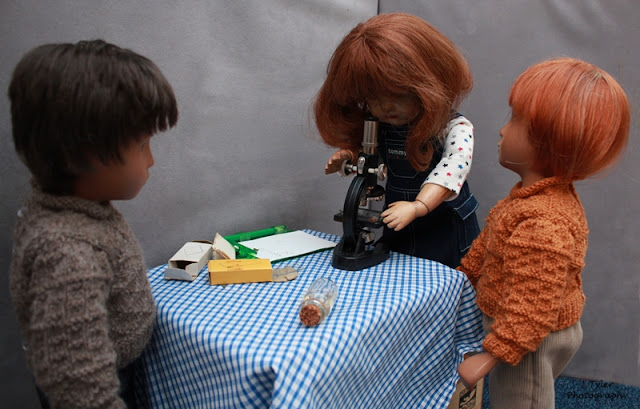 Now I just have to get it in focus.  She says. 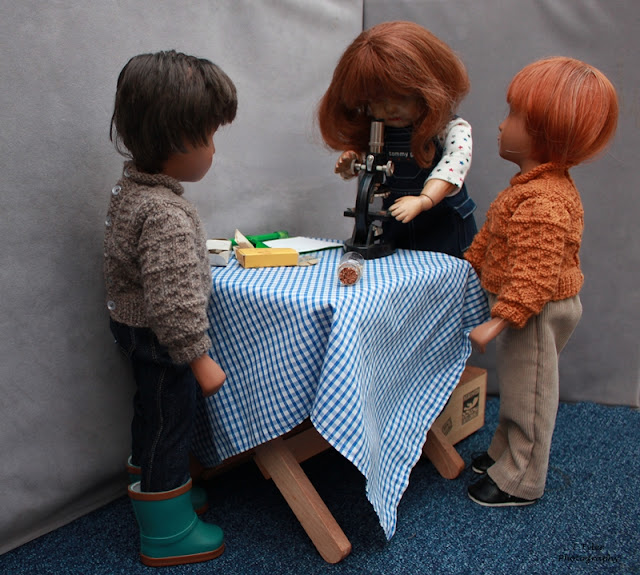 Rory watches in awe.  Can you see anything yet?  He asks. 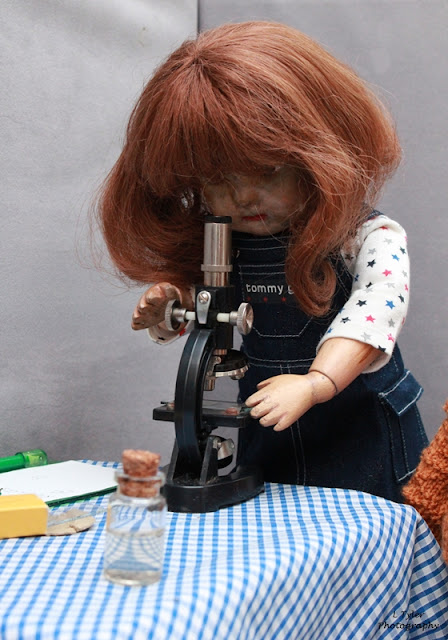 I just need to do some fine adjustments.  Peggy Sue tells him as she moves the slide slightly and refocuses. 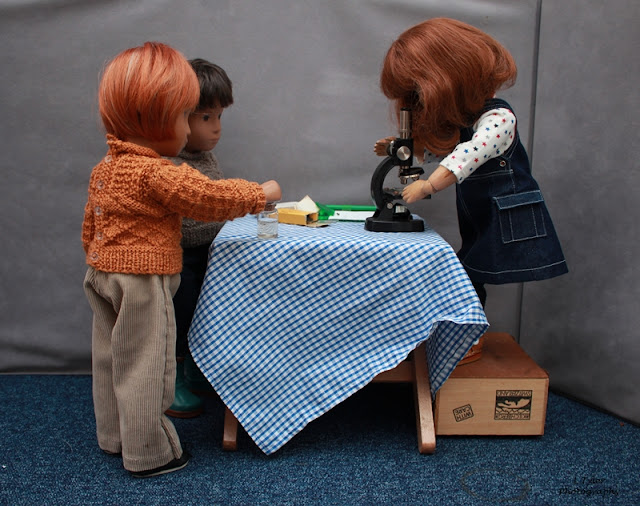 While Peggy Sue had been focusing the microscope, Rory noticed the cork hadn't been put back in the bottle.  Better put this back on.  He says.  It might spill otherwise. 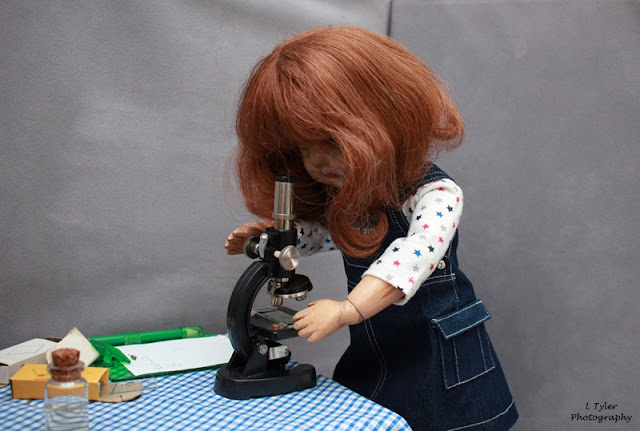 That's better!  I think I can see something now.  She tells them. 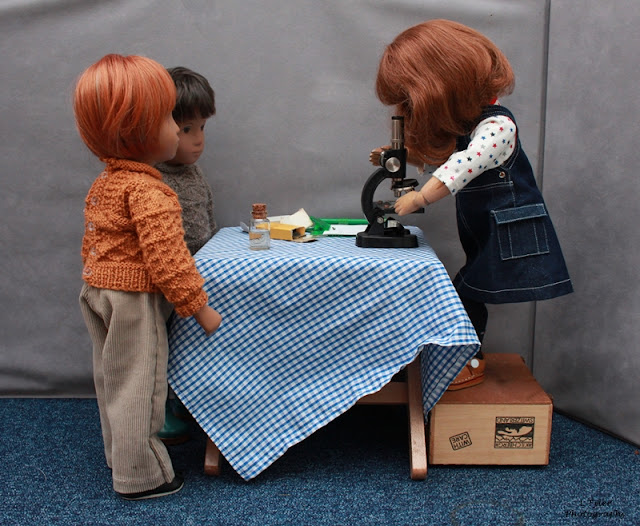 So what can you see?   Henry and Rory both ask at the same time. 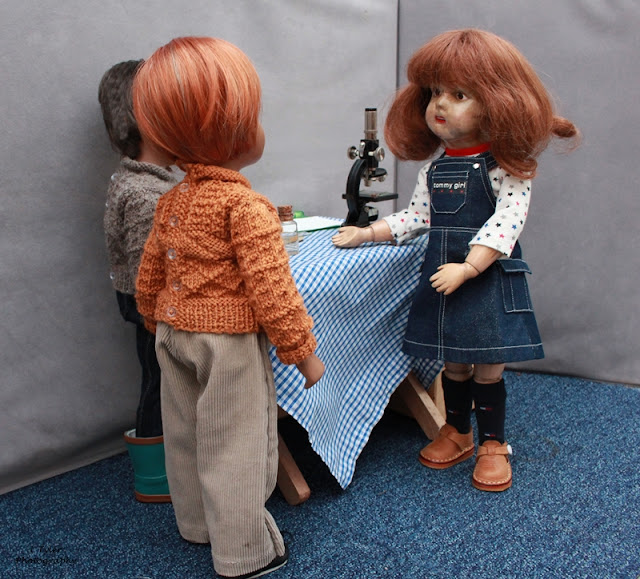 She gets down and starts to explain what she saw, or rather what she thought she saw. 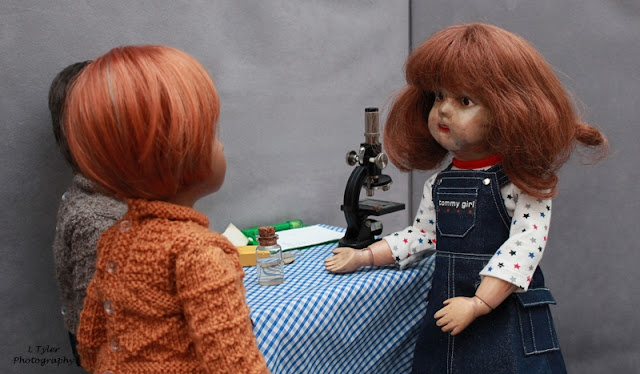 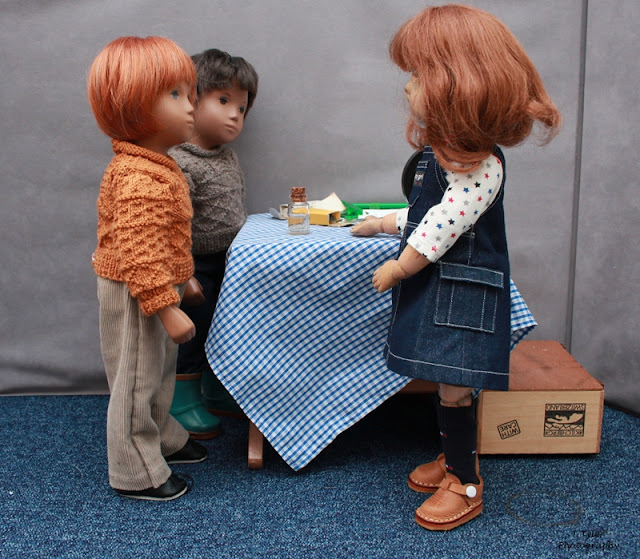 
A microblogogist.  She says again. 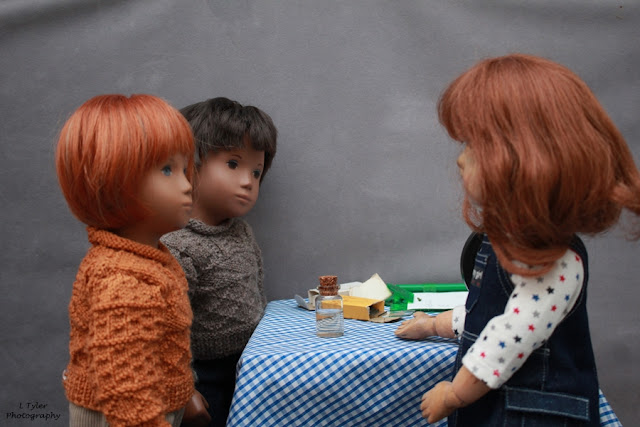 Um...I think you might have the name mixed up slightly Peggy Sue.  Henry says as he looks kindly at her. 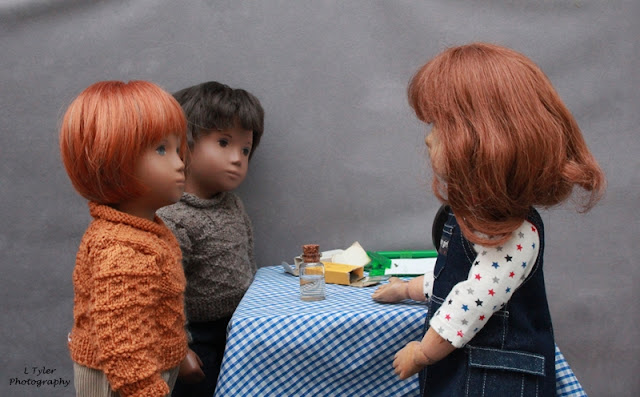 What do you mean? Peggy Sue asks.

Well blog is what people write things on for the internet...  I don't think there is anything like a microblogogist - because micro means very small and I don't think people would read blogs if the writing was microscopic!  Henry explains. 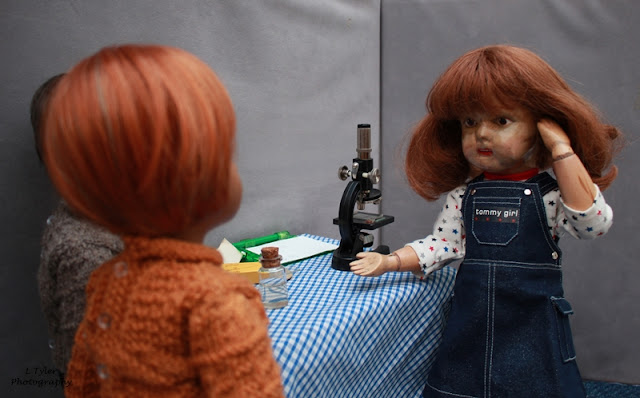 I know that!  Peggy Sue tells him all flustered.  That's why it's called a microscope! 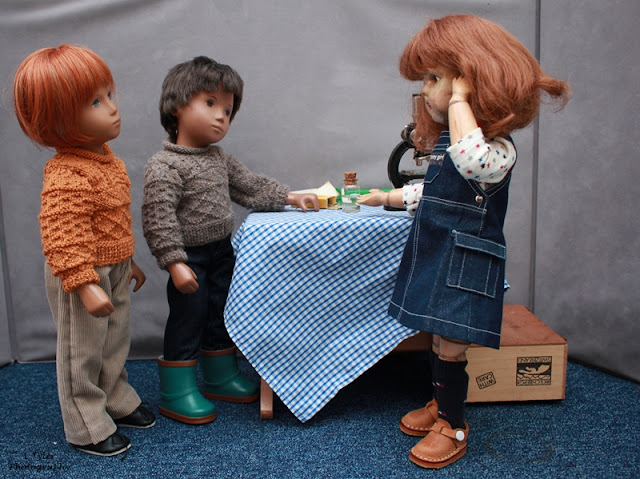 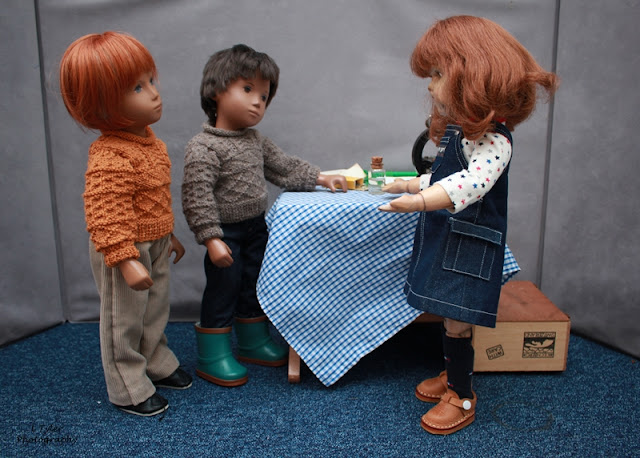 That's exactly what I said! 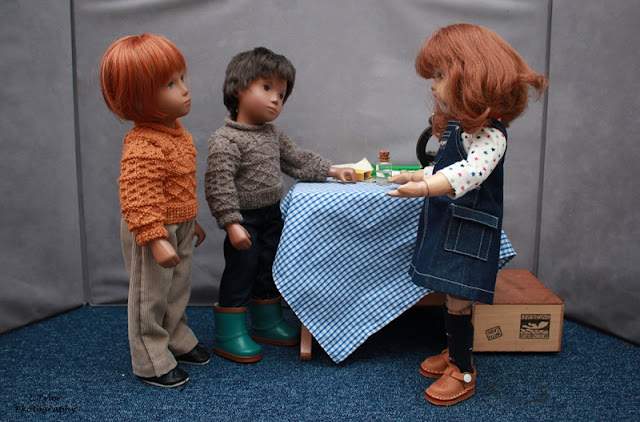 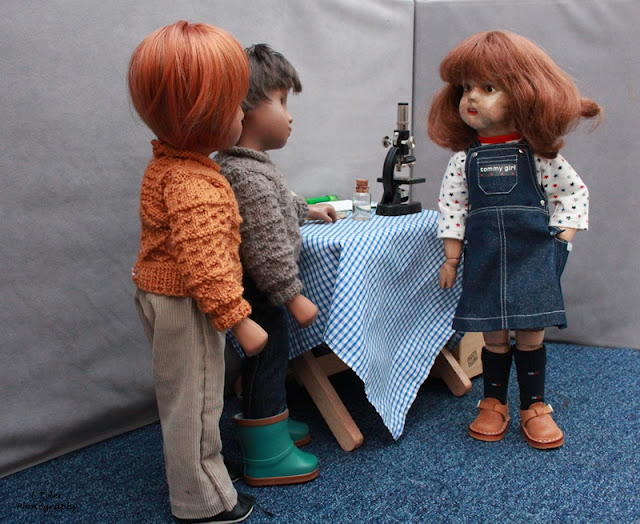 What do you mean, not really?  Peggy Sue says.


Of course you meant microbiologist Peggy Sue.  I think you will be an excellent scientist.  Henry reassures her.

The boys never did quite find out what Peggy Sue saw on the slide!