One of the smaller dolls that lives here at Rose Cottage is Thomas - Heartstrings Tommy.  I first introduced him properly on 'How Many Dolls' blog back in 2015, (which you can read here) although he has been featured on that blog since about 2013, having arrived here back in 2012 I think it was. 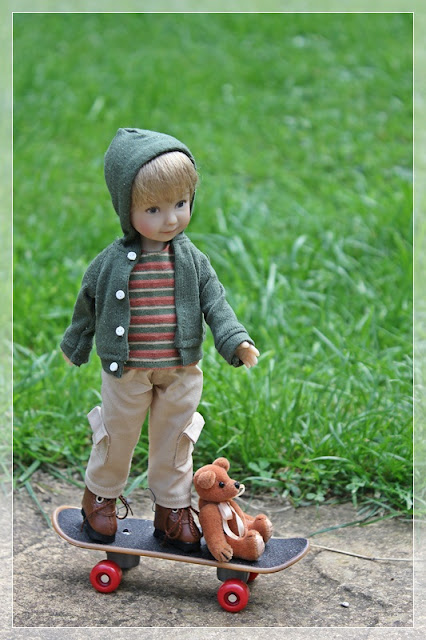 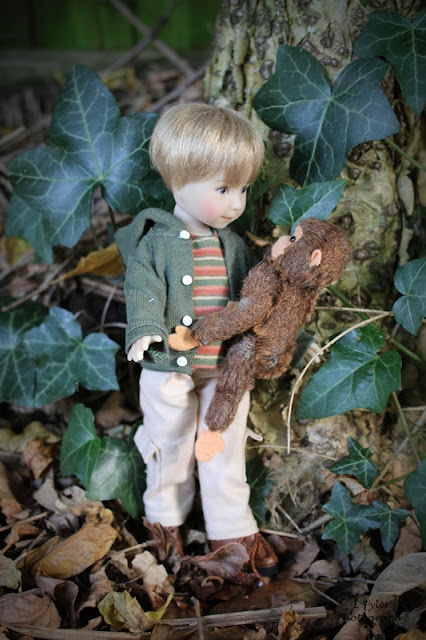 For quite a few years he has been on his own, hoping and waiting for a friend. 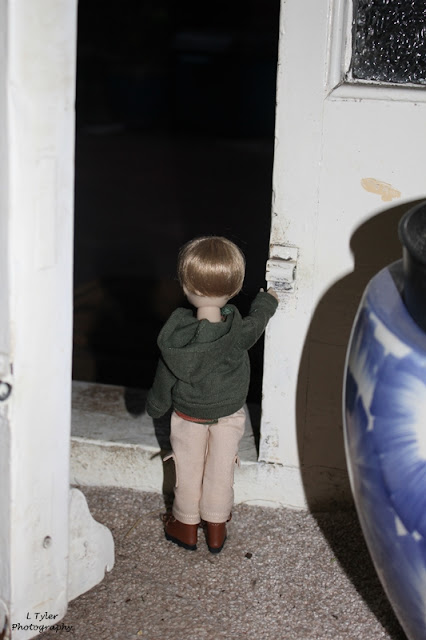 He has often been spotted at the door looking out and waiting.... 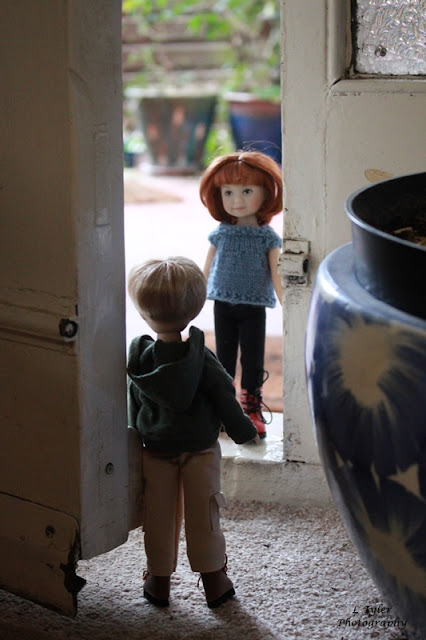 Much to his delight when he opened the door one morning who should be standing on the doorstep but a long lost friend! 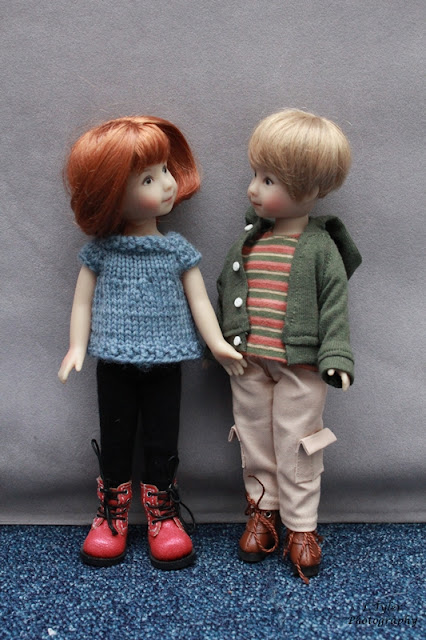 He can't quite believe his eyes.  Are you really here?  He says 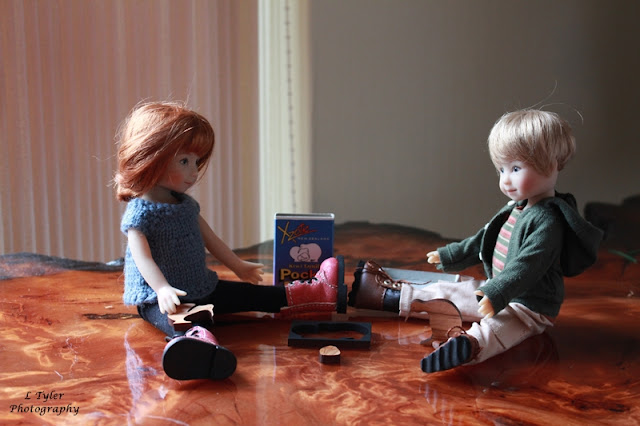 They have been playing together ever since she arrived and are rarely seen apart from each other. 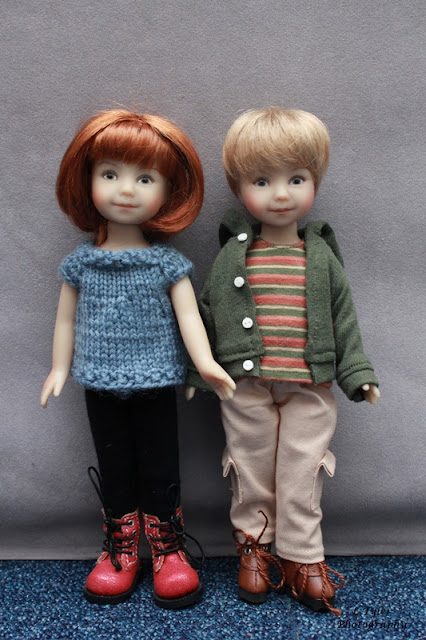 They really are the best of friends. 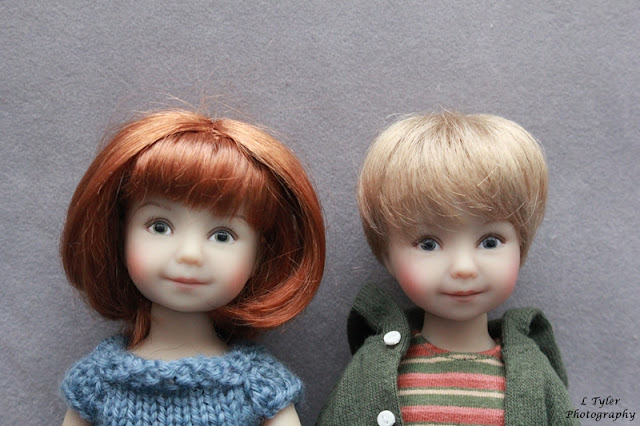 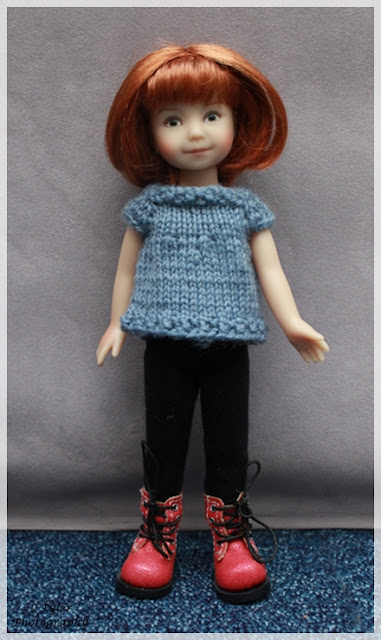 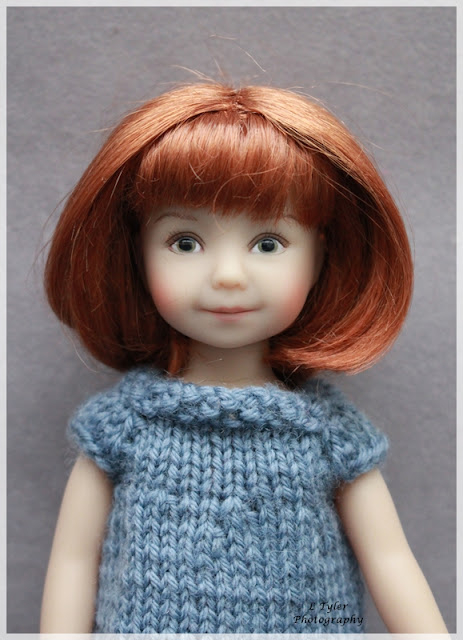 One of the projects I want to focus on this year is making these two little dolls some more clothes and maybe find a few more props for them.