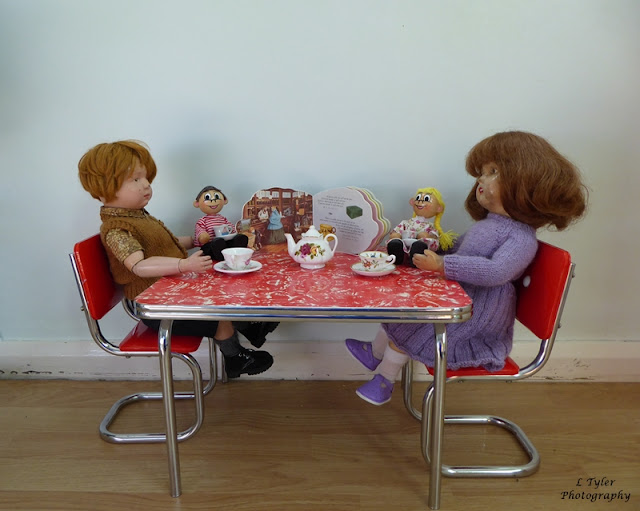 Lewis and Peggy Sue have their dolls Wallace and Wendy Widget joining them today.

Quote from 'Tea Quips and Quotes' 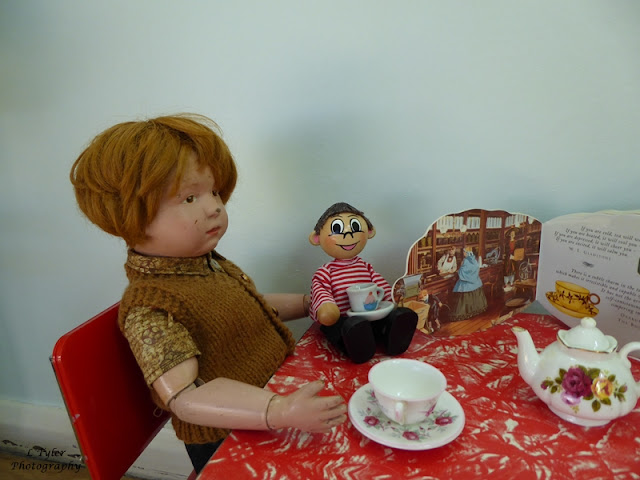 He was Prime Minister while Queen Victoria was the Monarch.  Peggy Sue tells him. 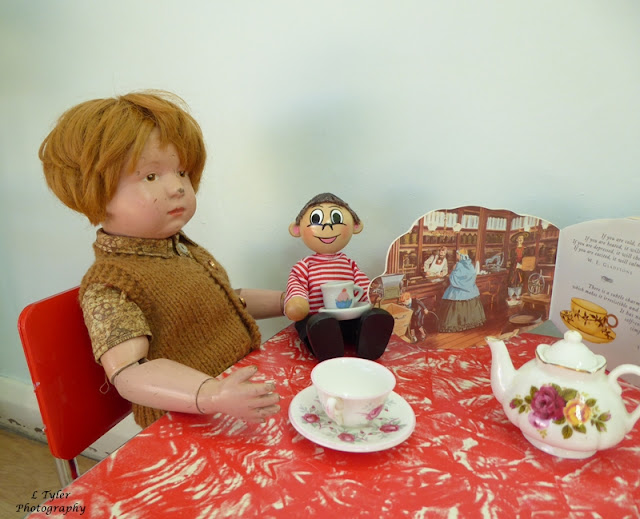 I wonder what it was like being the Prime Minister in Victorian times?  Lewis says. 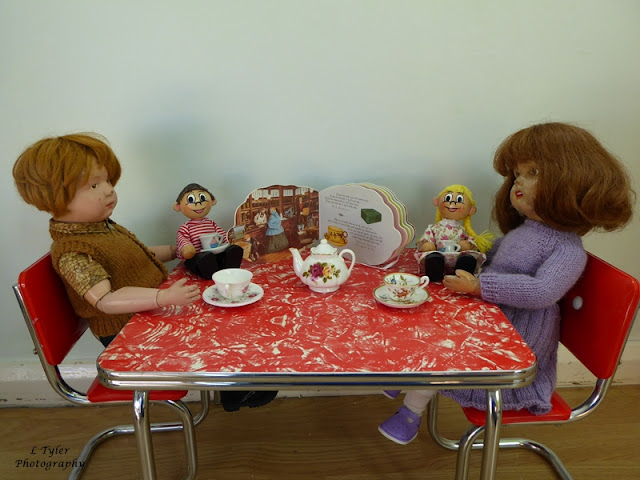 Well he must have liked it, because he was a Prime Minister four times!  Peggy Sue tells him.

Either that or no one else wanted to do the job.  Lewis thinks to himself...

William Ewart Gladstone has been consistently ranked as one of Britain's greatest Prime Ministers. He certainly had a long career in politics lasting over 60 years.  Four times he served as Prime minister.  1868 - 74, 1880 - 85, February - July 1886 and 1892 - 94 resigning for the final time when he was 84 years of age.  Mr Gladstone was also Britain's oldest Prime Minister.  Not only was he Prime Minister, but he also served as Chancellor of the Exchequer four times! What a busy man he was.

He also seemed to like changing which Political Party he was involved with starting with:

If the history of Politics interests you, then more can be found by looking him up on the internet...but this is more than enough politics for these two for the day.
Posted by Serenata at 16:31