Or at least that was what Lewis and Peggy Sue liked to pretend they were on as they worked on their excavation kit today. 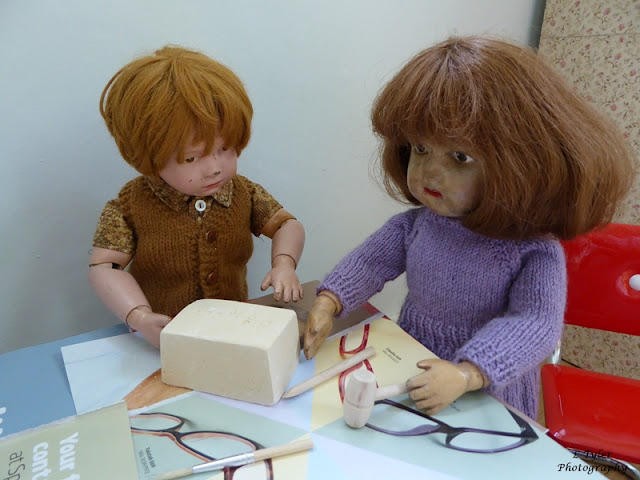 They carefully laid some paper down on the table and Lewis unwrapped the block while Peggy Sue opened up the little bag that held the tools. 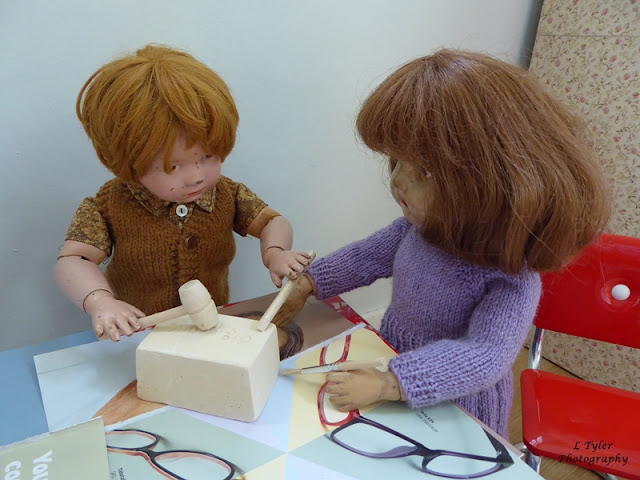 They soon set to work. 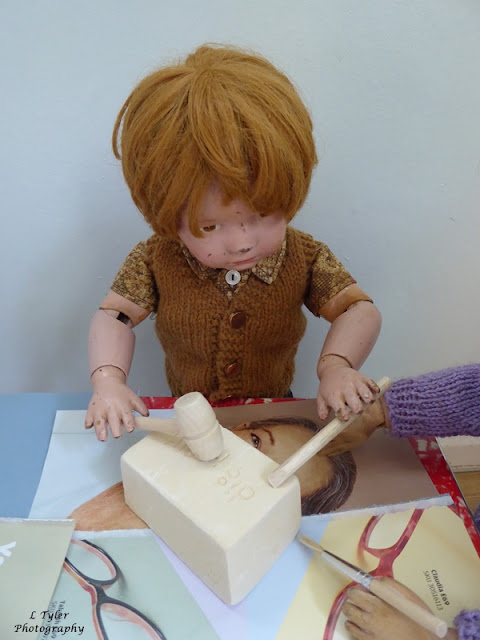 This is hard work! 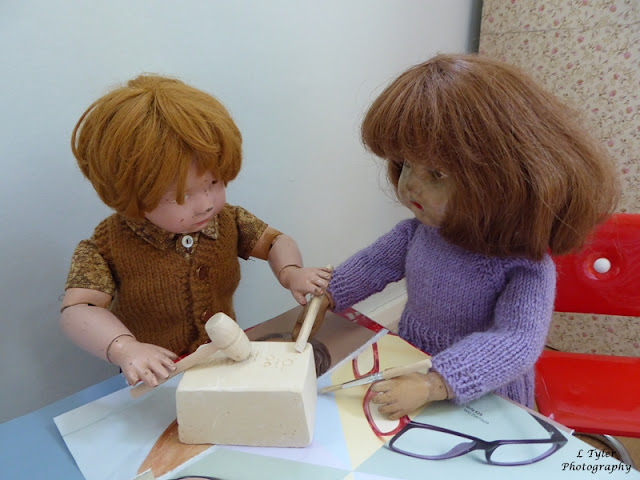 I think it is going to take us a while Lewis. Peggy Sue says. 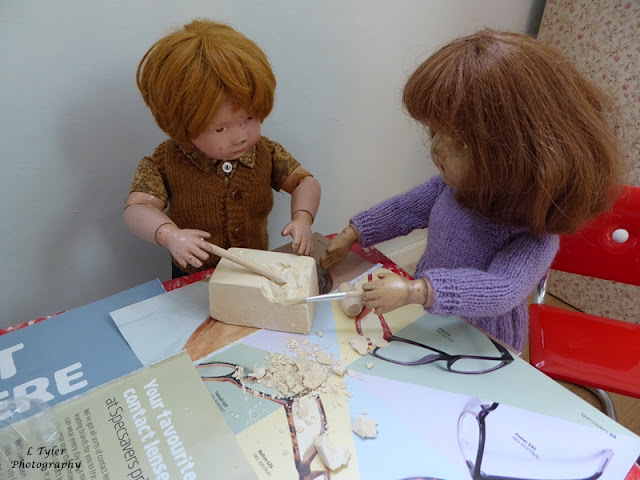 It sure is!  Lewis agrees. 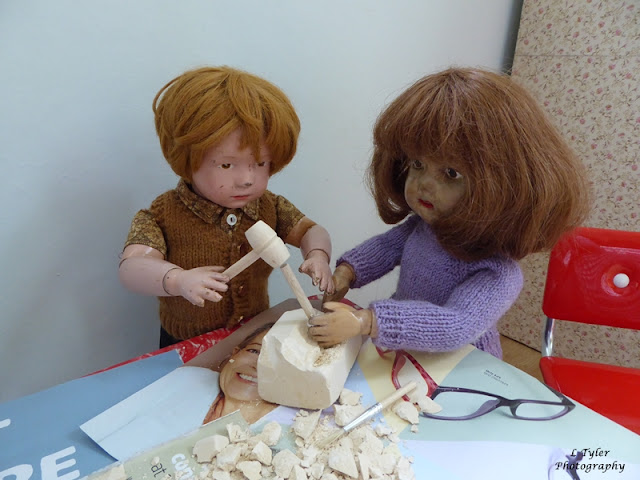 Slowly and surely they make progress.  Peggy Sue holds the tool while Lewis carefully taps with the hammer. 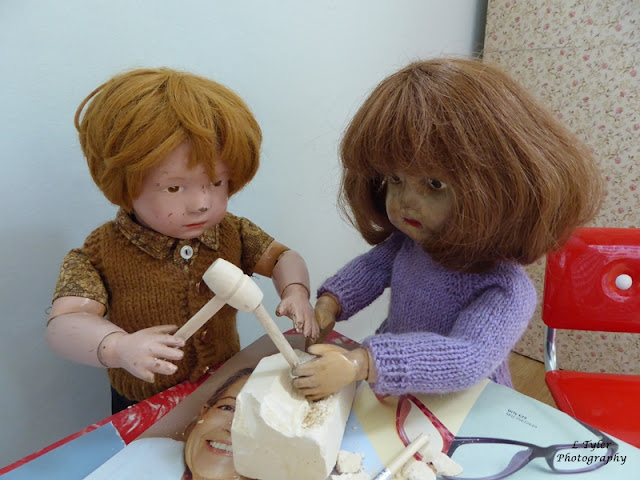 Careful does it... Peggy Sue says as Lewis taps away. 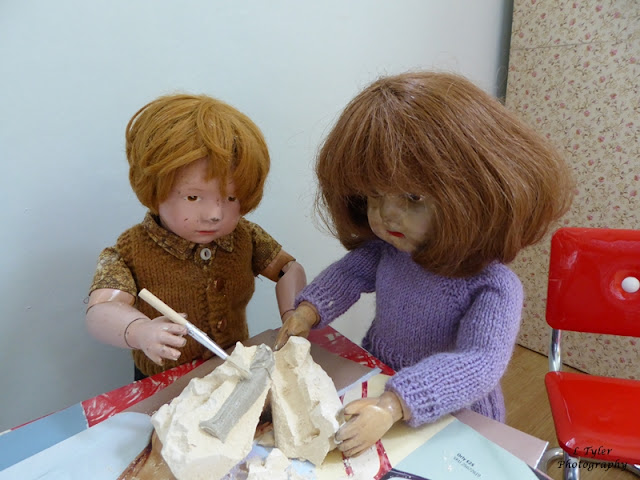 Oh look!  Progress at last.  They are both very excited to see the block break open. 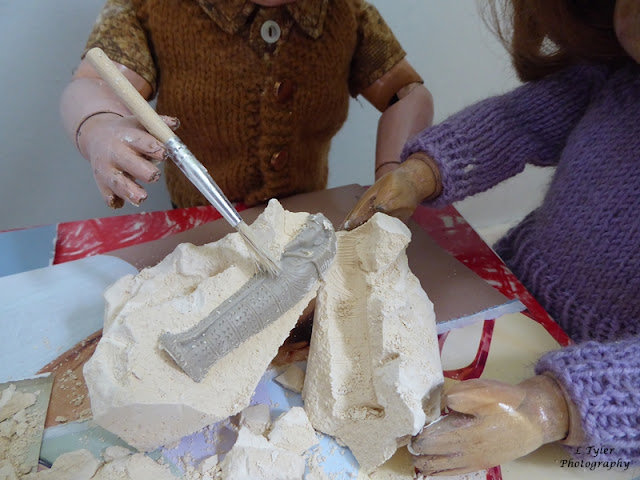 Lewis carefully brushes away the plaster that is around the treasure that is inside. 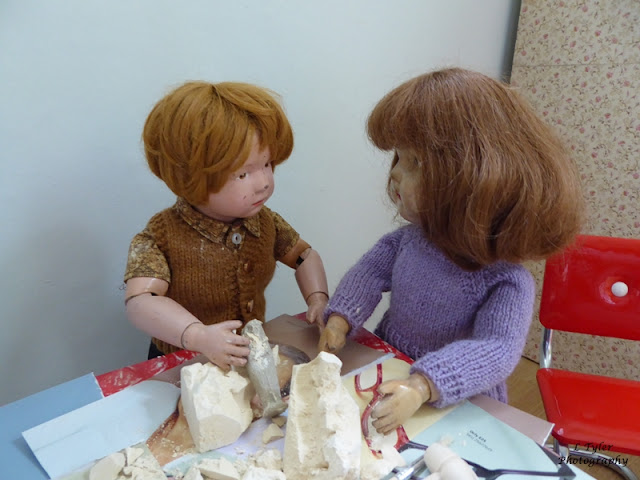 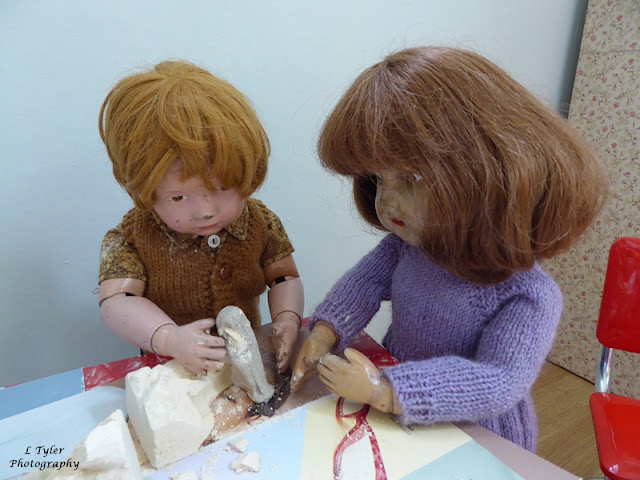 It does, doesn't it?  Lewis agrees. 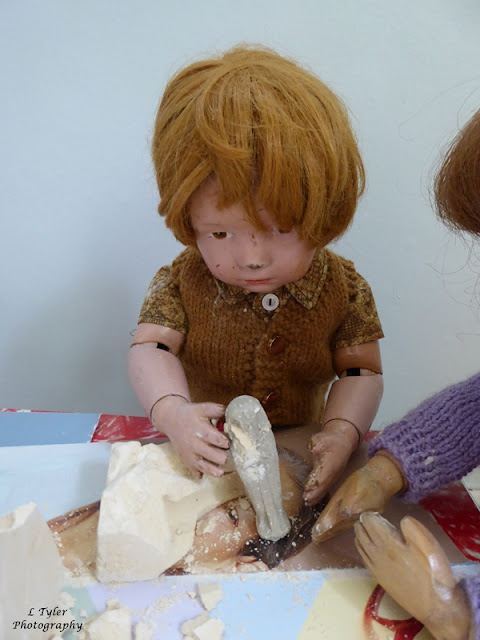 He takes a careful look. 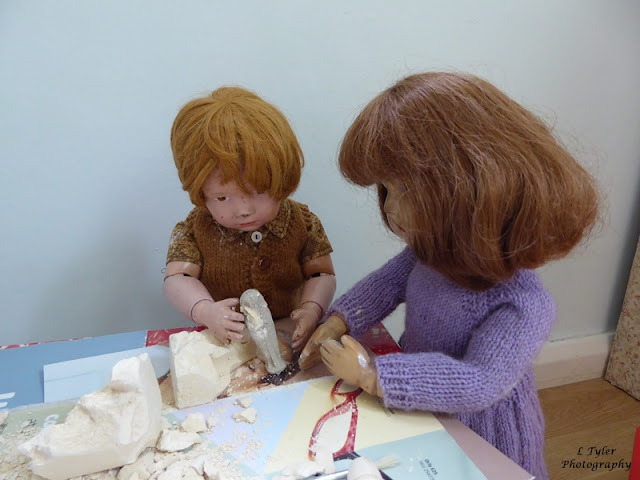 I think we need to take it to clean it up properly.  You do that Lewis, while I wrap up all the plastic and dust. Peggy Sue suggests. 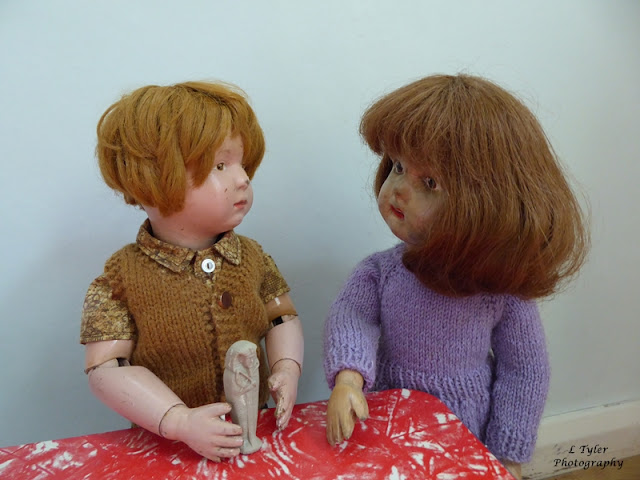 Do you think this might be the sort of thing my Great Aunt Lucinda did Peggy Sue?  Lewis asks...remembering his letter from his Great Uncle Stan. 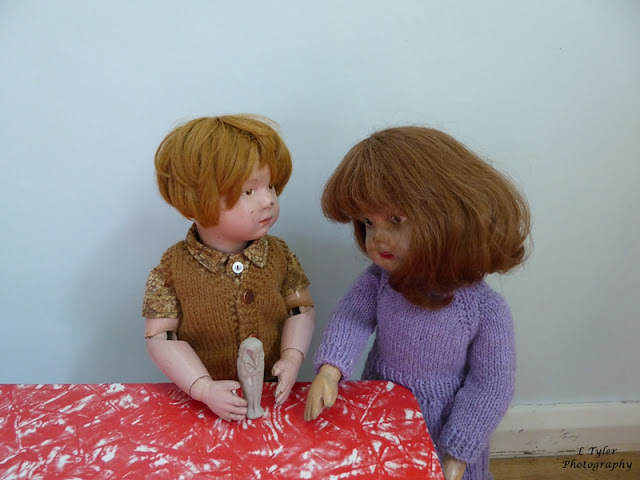 Could be. Peggy Sue says looking down at the artefact.  Wouldn't that have been so amazing?! 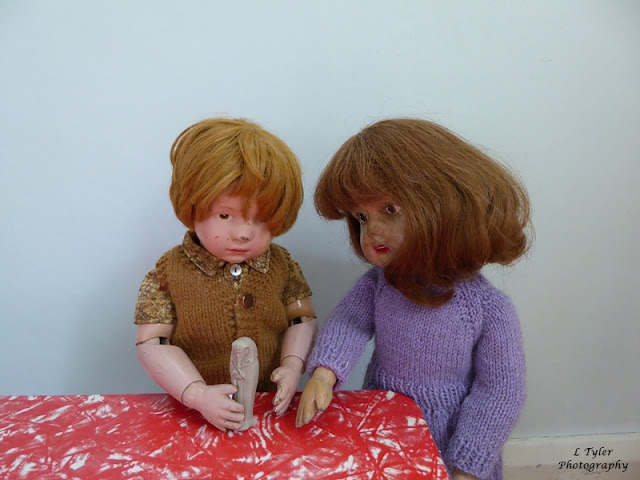 Lewis looks down.  It looks a bit like an Egyptian Mummy.  He says.  Only in miniature. 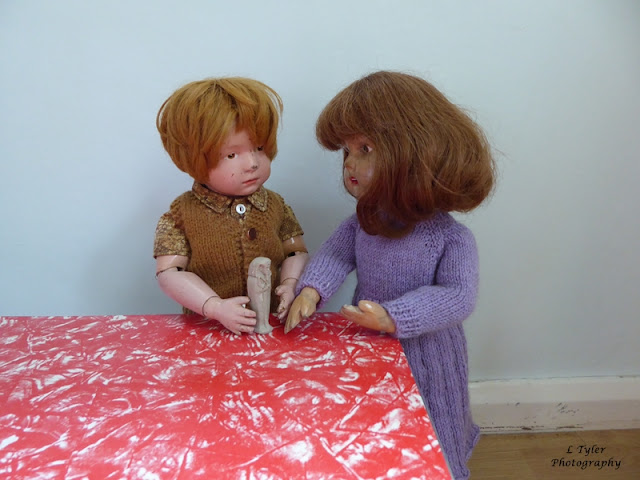 Well, I think we should do some research...Peggy Sue says.  That is what all the experts do. 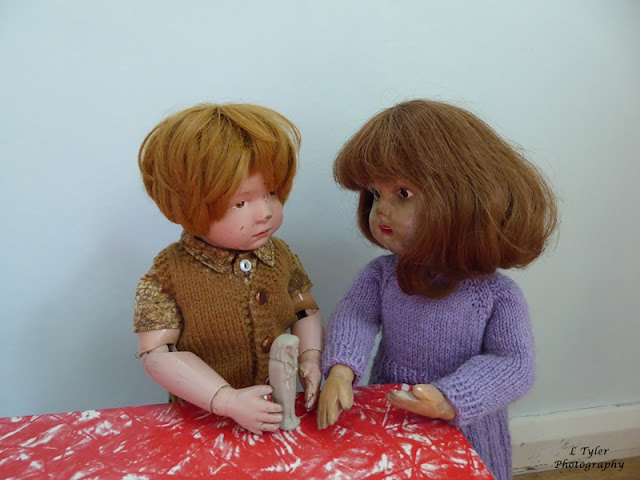 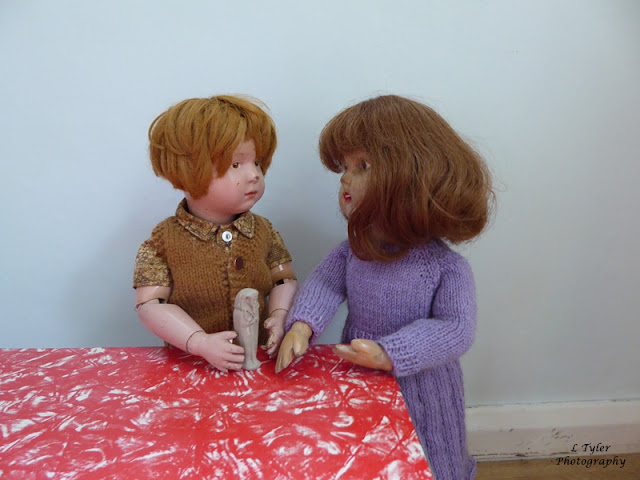 Of course!  Peggy Sue says.  How else do you think they learn about History and stuff like this and become experts? 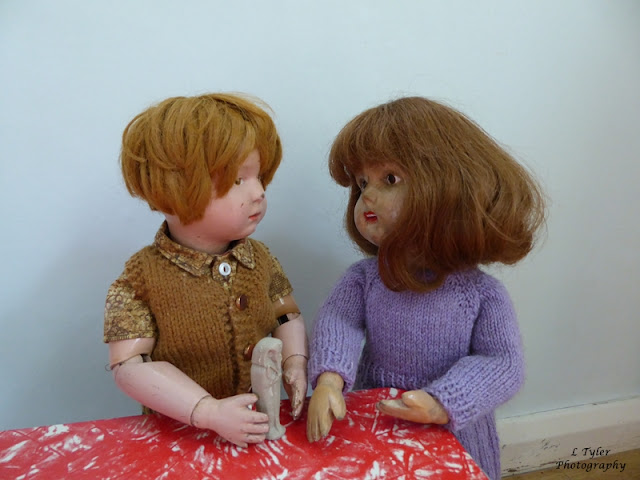 Hmm...I guess you are right Peggy Sue.  Lewis says.  Maybe we could go look these things in an encyclopedia? 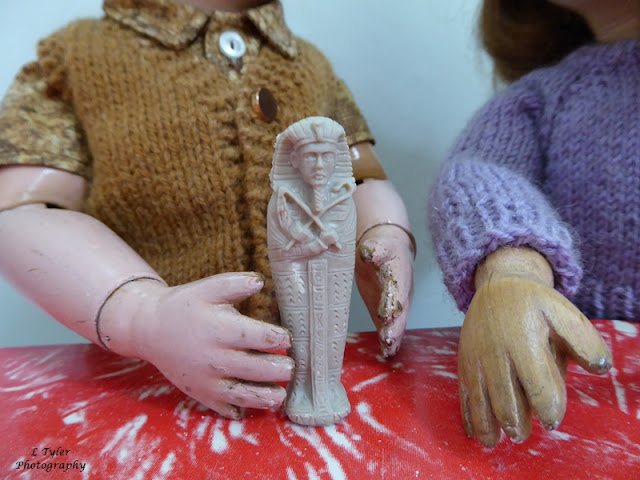 One last look at their artefact, before they go to peruse the encyclopedias.