It is the turn of the Brunette girls...  I only have a small group of these beautiful Sasha dolls so this 're-introduction' will consist of just the one post. 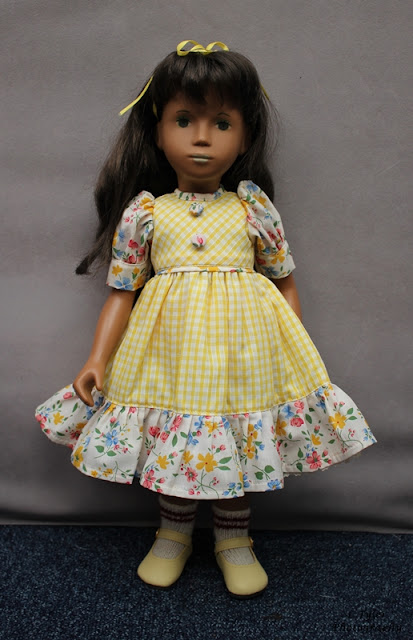 Molly was my first Brunette girl to arrive if I remember rightly and has been with me since 2011. She is considered a waif as her eyes and lips had oxidised.  A few years back I touched up her eyes to turn them back to brown.  Molly dates to the early seventies, probably around 1971/2.  I have a very soft spot for this sweet girl, who seems 'younger and more innocent' than some of the others.  She is a member of the 'Rock Hip Chicks' but gets very nervous when performing.  To see more of Molly over the years, you can find her at this link here  'Molly'  which is in date order from newest going back in time.  I have no idea how many posts there are, but I would imagine a fair few! 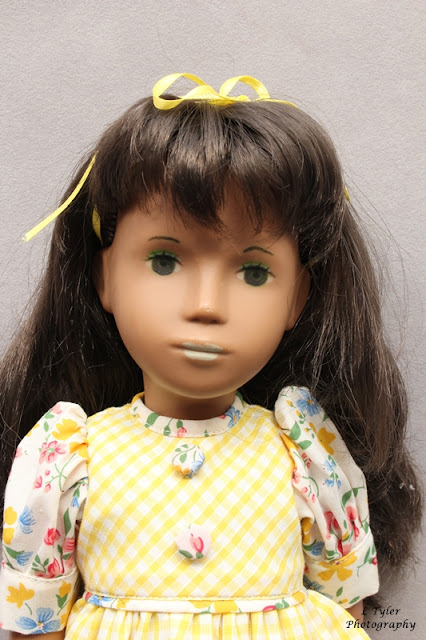 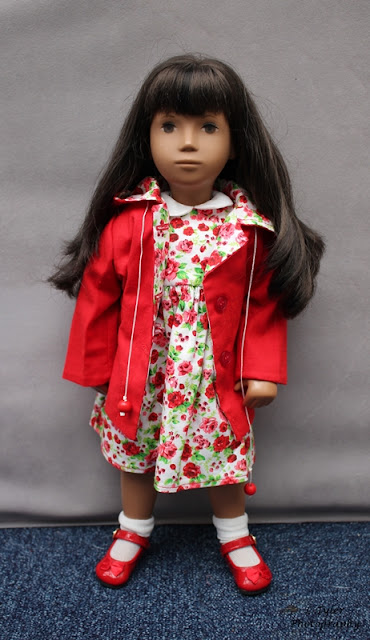 Monica is my most 'minty' brunette Sasha, she has had minimal play but perhaps because of this her hair is unstable, so she generally gets to just stand around a look pretty - which she actually does really well!  She a 1971/72 'Blue Gingham' girl.  To see more posts featuring Monica, you can find them here:  'Monica'. 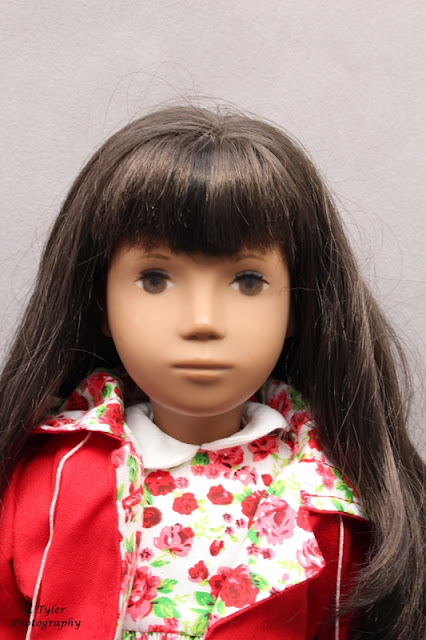 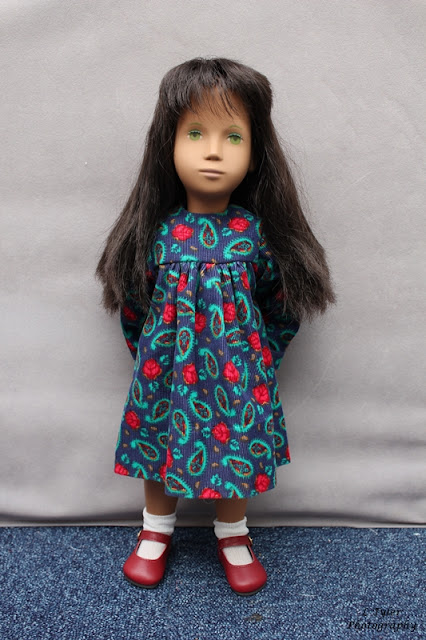 Annie Matilda is named after my great grandmother - she is the 'twin' of Christopher William (who will be shown in the boys post, yet to come).  She is from around 1975 and has oxidised eyes (like her brother) and I have left them as they are.  She would probably have come wearing a red dress, but didn't have any of her original clothing when she arrived.  You can see that her hair is quite a different style to the earlier girls, it is also quite stable.  She and  Christopher William like to wear matching outfits - his usually tied in with a waistcoat that matches the dress she is wearing..  Annie-Matilda posts can be found here:  'Annie-Matilda'. 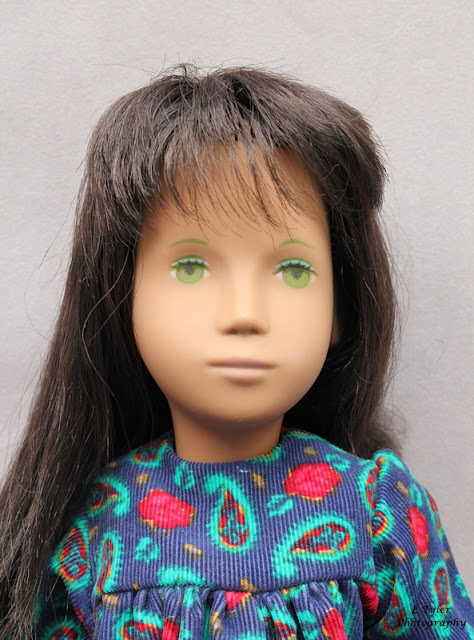 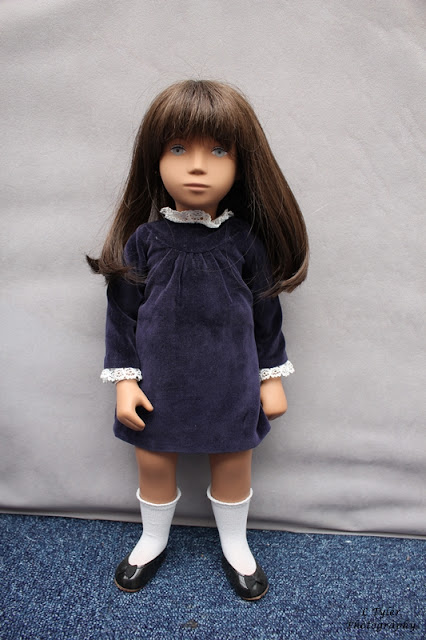 My other brunette is Velvet 180, a Limited Edition doll from 1981, is a lovely blue/grey eyed girl (tampa printed eyes) of which 5000 were made.   Her hair is a synthetic wig.  She has featured in a couple of posts, but they are harder to find as the word 'velvet' has been used in other posts as well. 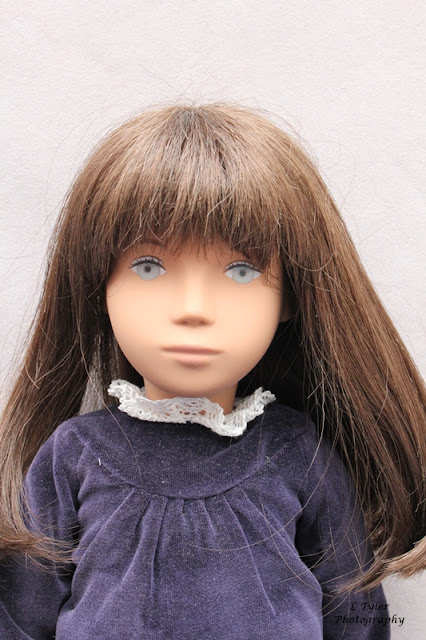 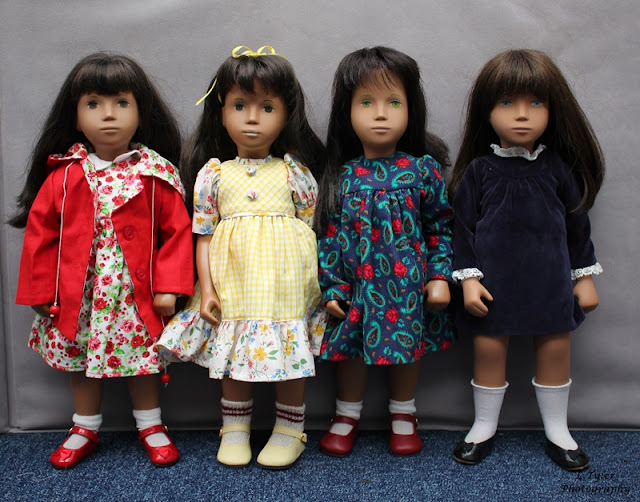 So there you have it for my brunette girls.  My favourite by far is little Miss Molly who I will always keep.