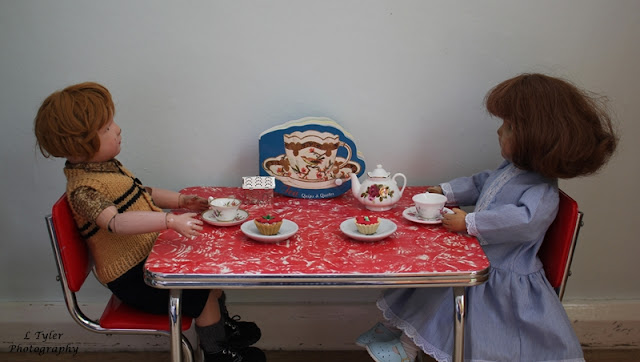 Peggy Sue and Lewis enjoy a cup of tea together. Peggy Sue was delighted to be able to use her 'new' teapot, and Staffordshire China cup and saucer that she found yesterday while out.  Lewis is using another of her 'special' cup and saucer set.  They were interested to read the following quote:

During our ascent of Mount Everest tea constantly gave us cheer and vigour.  Sir Edmund Hillary

Quote from 'Tea Quips and Quotes'

Of course this lead to discussion about Sir Edmund Hillary as they had both heard about him from family members.

Sir Edmund Hillary is probably New Zealand's most Iconic Explorers.    In what I now term as my 'other life' I used to work in Hillary Square, Orewa, New Zealand and just outside my workplace windows was the statue of Sir Edmund Hillary.  He was an explorer,  mountaineer, and philanthropist. 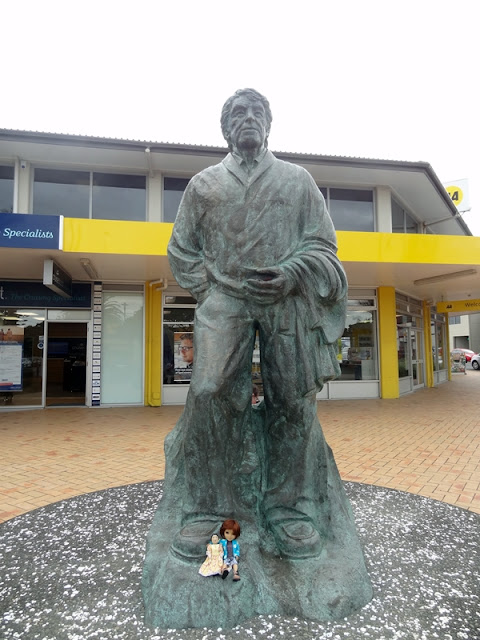 The yellow building behind the statue of Sir Edmund Hillary is now an AA Office, but it used to be the home of The National Bank where I worked in my late teens/early twenties. 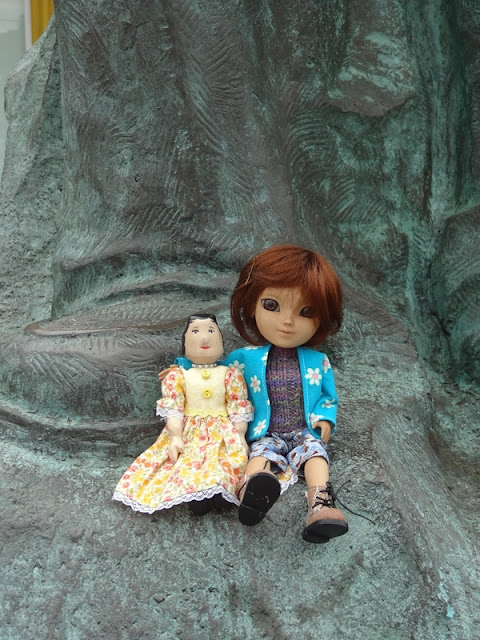 Hitty Madge and Wren were pleased to be able to admire the statue of this amazing explorer up close.

Sir Edmund Hillary along with Nepalese Sherpa mountaineer Tenzing Norgay became the first climbers confirmed to have reached the summit of Mount Everest on 29th May 1953.   He devoted most of his life to helping the Sherpa people of Nepal through the Himalayan Trust he founded following his ascent of Everest and through his efforts many schools and hospitals were built in Nepal.  He reached the South Pole overland in 1958 as part of the Commonwealth Trans-Antarctic Expedition and subsequently also reached the North Pole. He was the first person to reach both poles and the summit of Mount Everest.  Pretty impressive!