I re-introduced my Gotz babies in the 'The Gotz Gang' post, but haven't yet re-introduced the Trendon babies so thought I would do so here, as they don't often get the attention that my other dolls do. 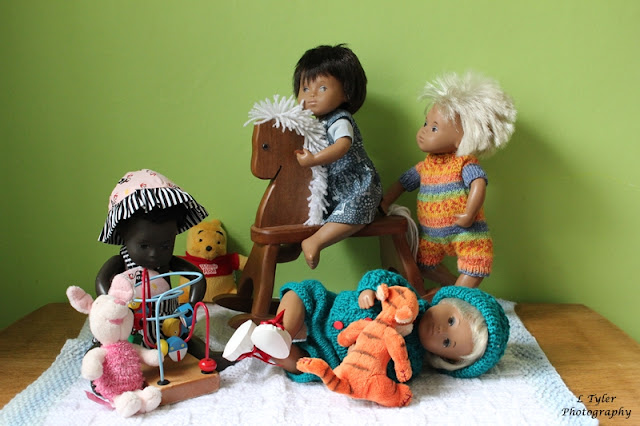 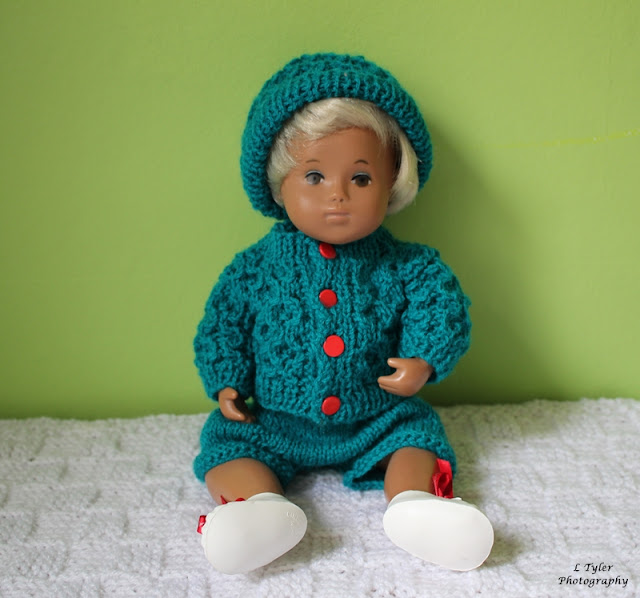 Baby Alfie has been with me since 2011.  He is an early sexed baby boy with raised eyelids.  Alfie is wearing an outfit I knitted him.  Babies in the first five years of production (1970 - 75) had raised or moulded eyelids. 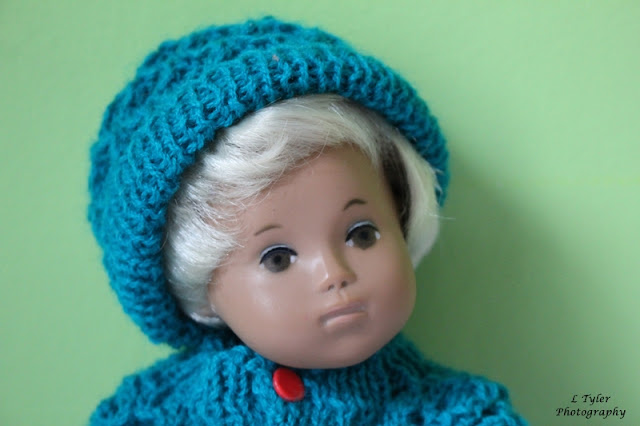 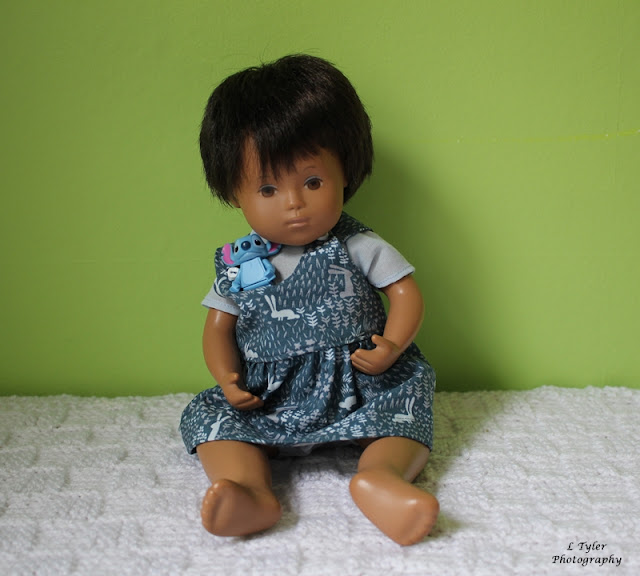 Amelia has also been with me since 2011 and is an early sexed baby girl with raised eyelids.  Amelia is wearing her little Festival outfit gift we were sent this year. 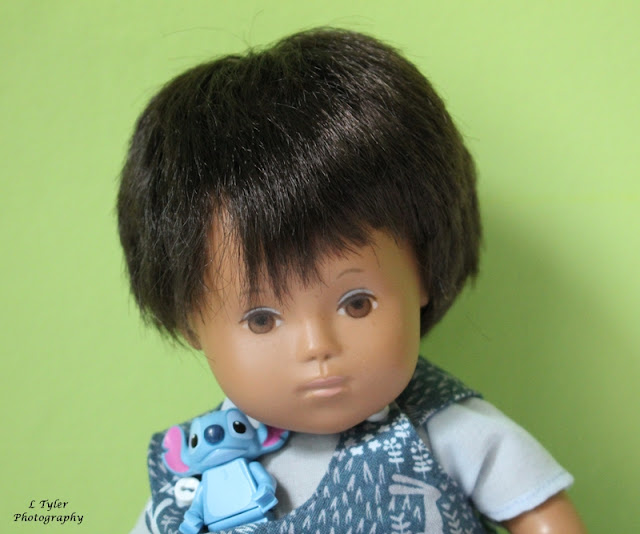 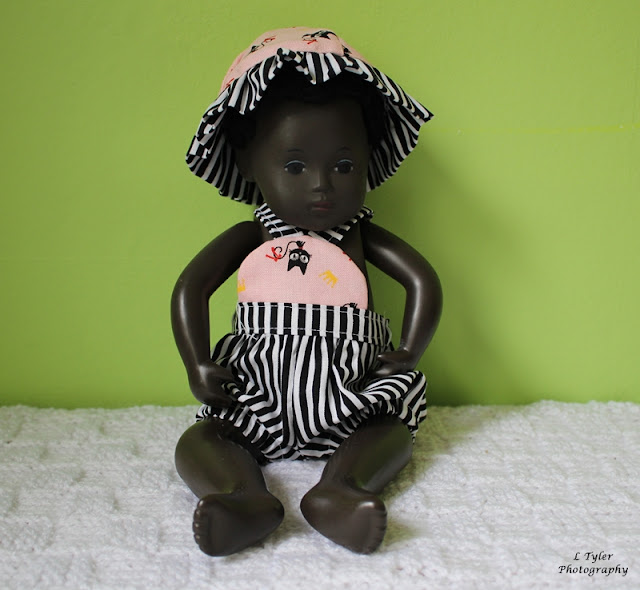 Baby Grace is another early sexed baby with raised eyelids.  She has a very tight head of curls.  Grace is wearing an outfit we got at last years Festival I think it was.  She would originally have come in a 'White Suit' and dates from 1972 - 75. 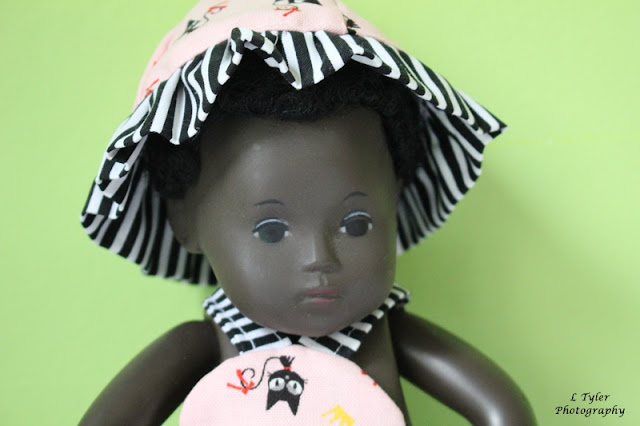 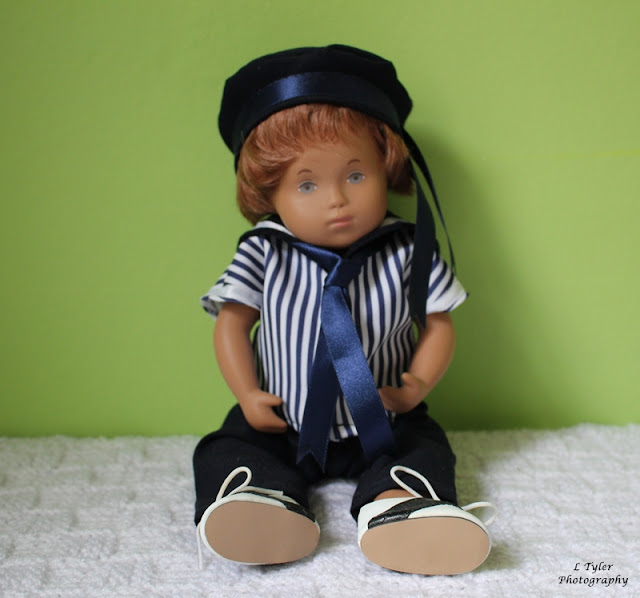 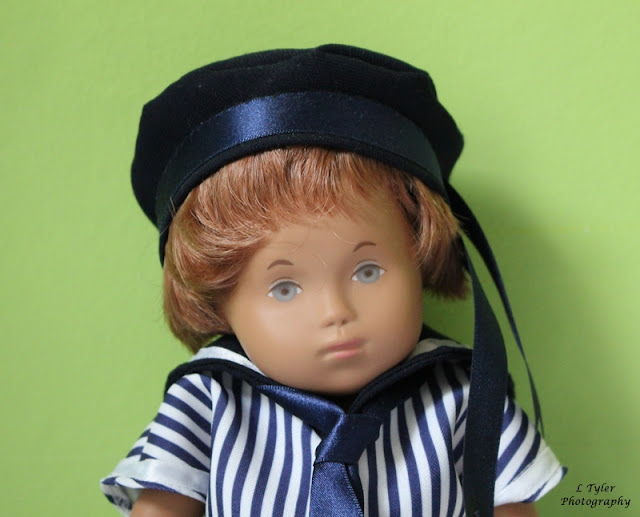 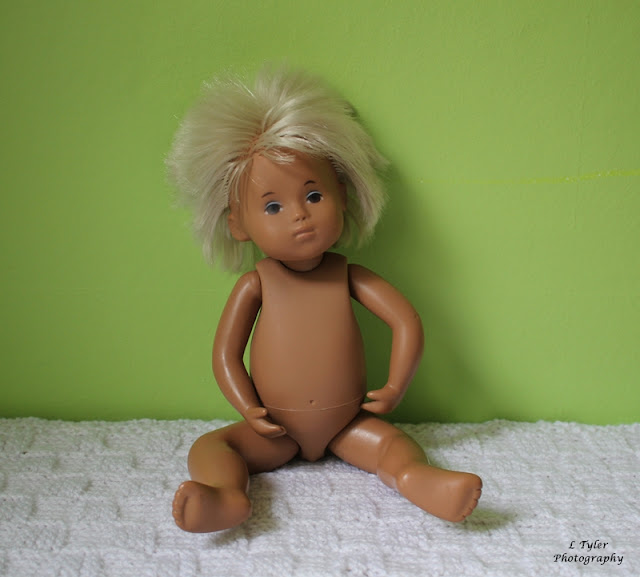 This scally-wag gave poor Peggy Sue the runaround when he first arrived in 2015, and has continued to do so ever since...rarely seen with clothes on, his name is Baby Barney Bam-Bam, or often simply just 'Baby'.  He is an early sexed baby boy with raised eyelids. 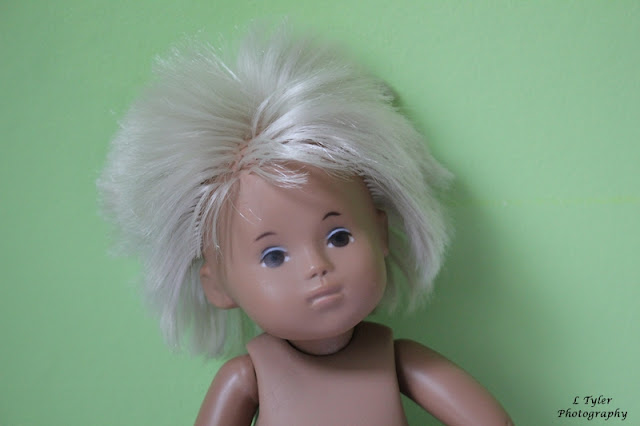 The babies very much like their Winnie The Pooh toys, playing with the beads and on the rocking horse.  As you can see Baby B BB has clothes on here, a little romper suit that I knitted him...but for how long who knows!