Much excitement this morning as the Rose Cottage Friends went hunting for the Easter Eggs that Henry had hidden yesterday. 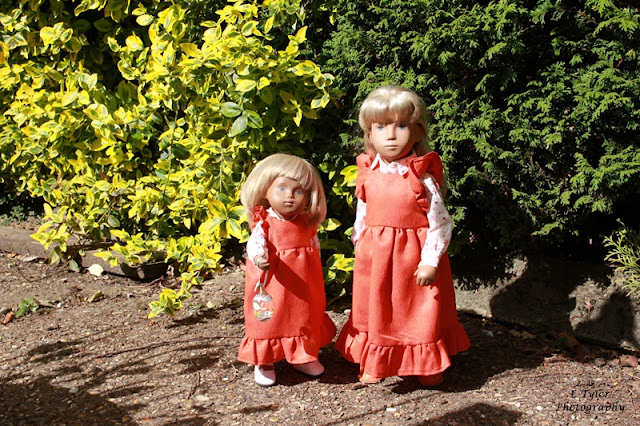 Little Erica Michelle and Charlotte found the first egg hidden in the greenery. 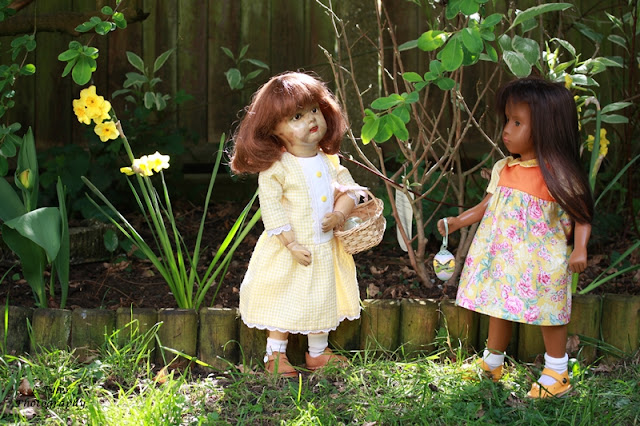 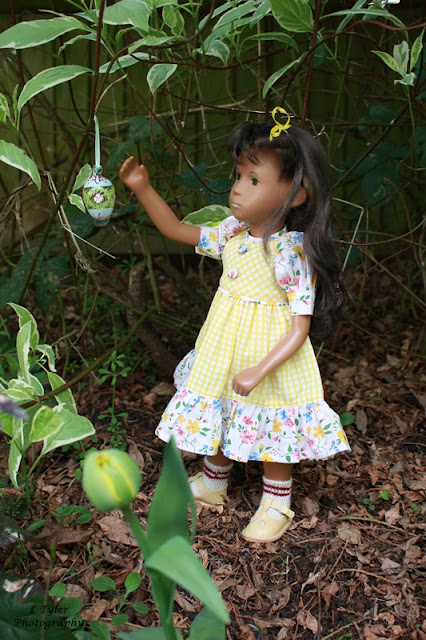 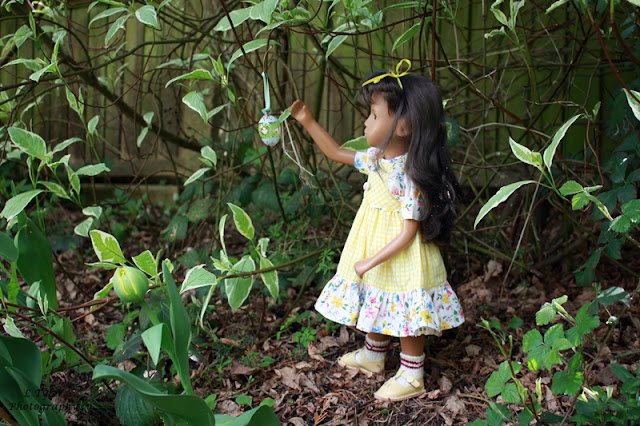 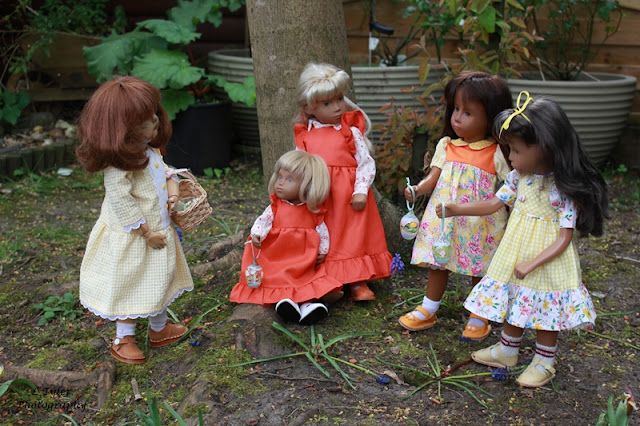 They gathered round... I think there should be another Peggy Sue said... 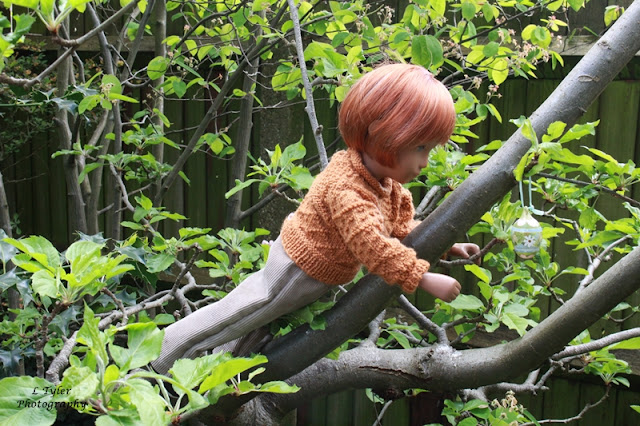 Hang on a minute...looks like Rory has joined in the fun - he spotted one up in the apple tree and figured the girls wouldn't want to ruin their pretty dresses climbing up to get it. 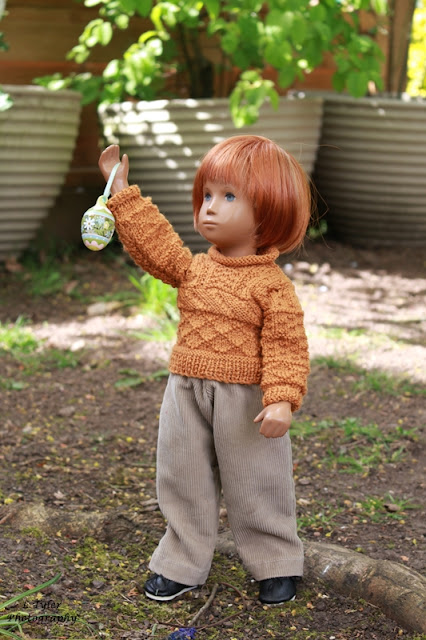 Found the fifth egg he calls out. 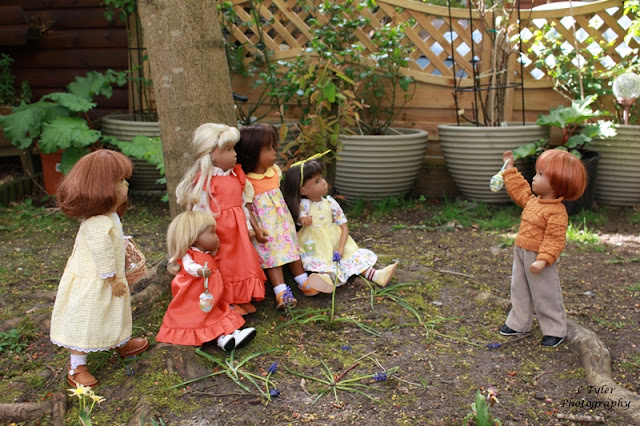 He holds his hand up to show the girls the egg. 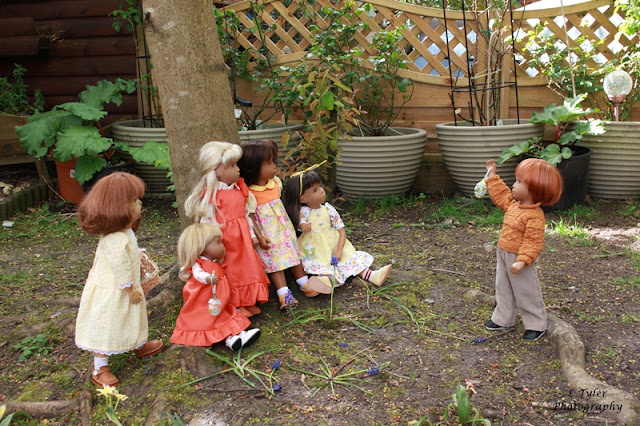 Well done Rory.  They chorus together. 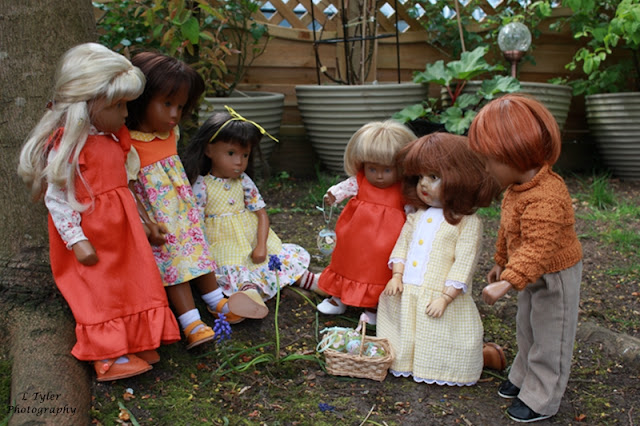 Erica Michelle is reluctant to put her egg in the basket. 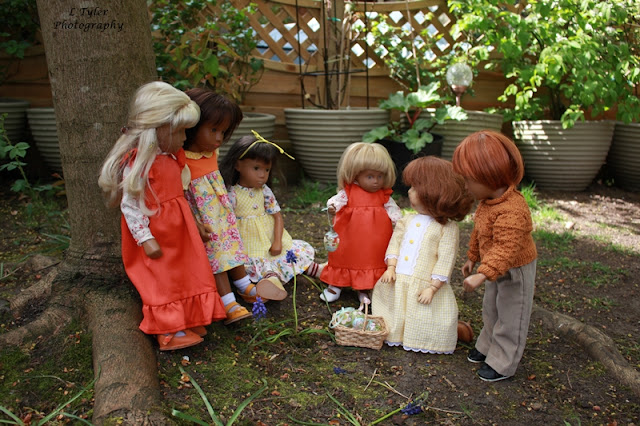 That's okay.  Peggy Sue tells her.  You can carry it back the house if you would like to.

The Rose Cottage Friends would like to wish you all a Very Happy Easter.