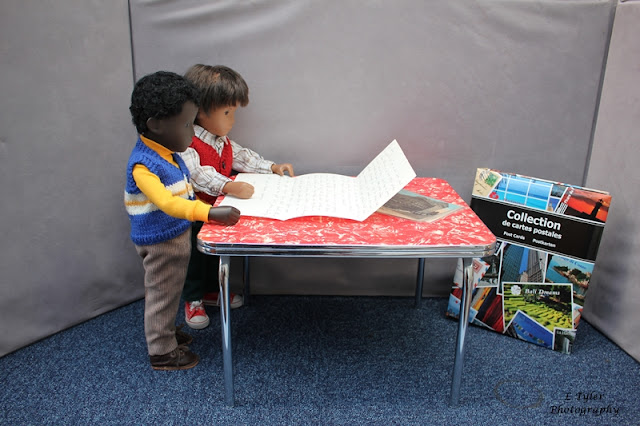 Henry was excited to receive a letter today from his friend Sasha from Gregoropolis. 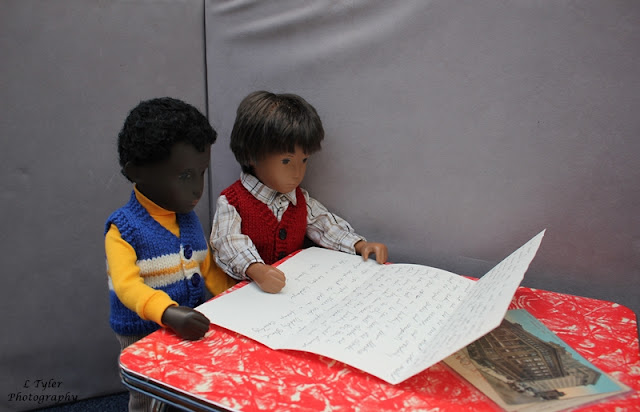 He read it out to Caleb. 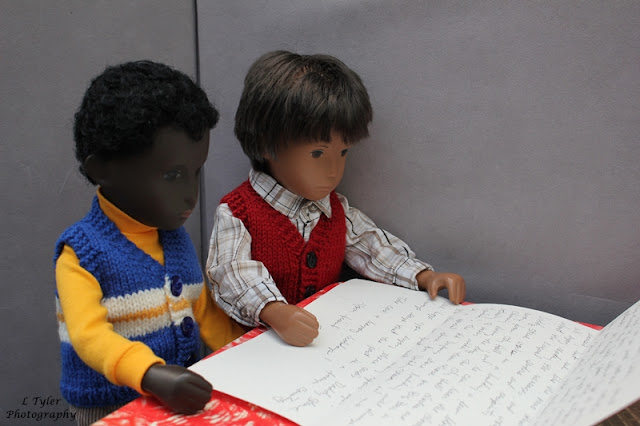 Oh look it says here that Sasha has sent us some postcards that are 'a trip through time'. Henry reads.

How exciting, I wonder what he means?  Caleb asks.

They are antique postcards.  Henry tells him as he reads through the letter.  They are postcards of their hometown in the very early 1900s.

Gosh I bet Lewis and Peggy Sue will be interested in these as they may remember what places looked like that long ago!  Caleb says.

They are not THAT old. Henry says. 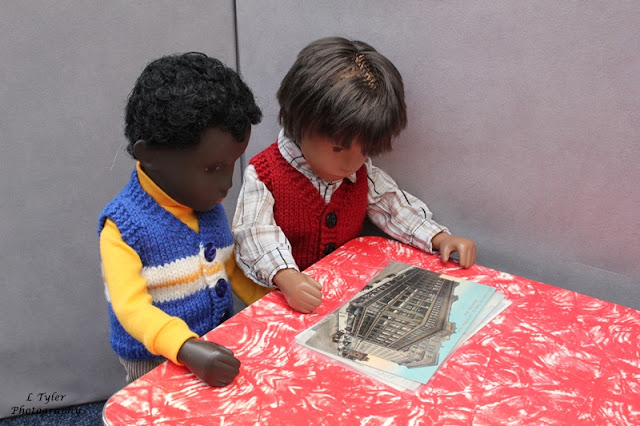 This is the Dayton Dry Goods Co  and Raddison Hotel.  The postcard is dated Nov 1913.  Henry says.

See!  Says Caleb.  Lewis and Peggy Sue ARE as old as this card...

Oh and guess what this must be the place that Sasha said he and Steve first met many years ago..although not as long ago as when this card was sent! 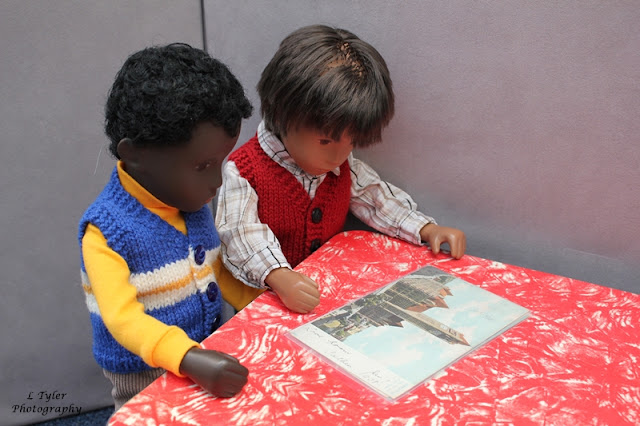 This next one is of the City Hall and Court House.  Sasha wrote that the clocks are actually 18 inches wider than those on Big Ben in London!  Henry tells Caleb.  This postcard is dated 7th January 1908.  Wow that is a long time ago! 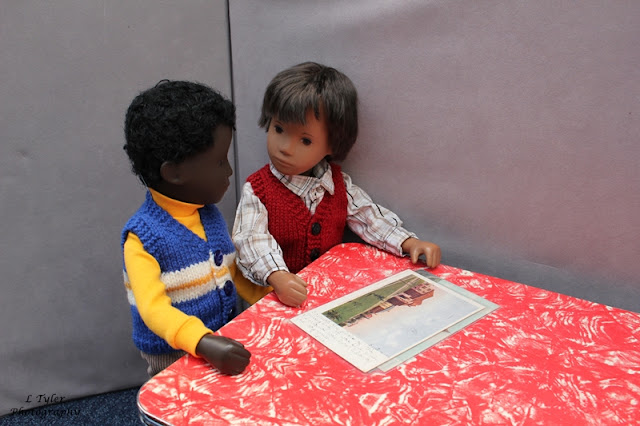 This last one is even older as it is dated with two date stamps, September 14th and 15th 1906.  It is of the College Buildings, University of Minnesota, Minneapolis. Henry explains to Caleb.

That is over 101 years ago. Caleb gasps.  How exciting to have these postcards in your collection.  You are really lucky Henry. 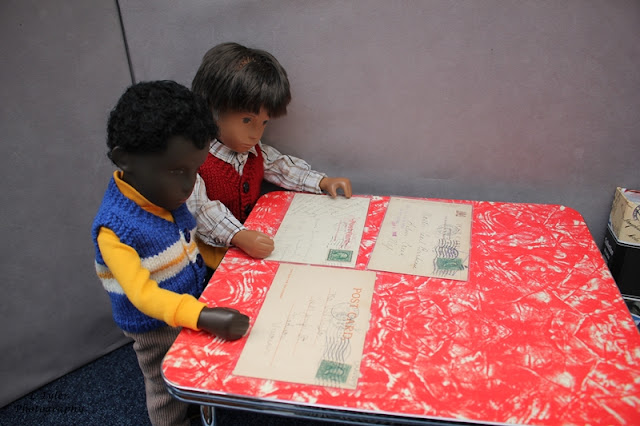 I know.  Henry says.  Isn't it wonderful to have friends around the world that enjoy the same hobby as me!  Just look at the wonderful stamps on the back and also the names of the people these cards were sent to.  Isn't it amazing.  To think these cards were written so long ago.  What a wonderful piece of history.

Thank you for these wonderful postcards Sasha and Steve.  They are going to take pride of place in my collection.  They are my oldest postcards!