Peggy Sue is a bit unsure about having a brother as he has been getting quite a bit of attention lately and also had lots of things made for him, and she says it has been simply AGES since she had anything made for her!

Plus it seems he needs a few things explaining to him.  She heard about his 'fishing' from the other lads...of course the story spread and was embellished somewhat of just how many fish were caught and of course just how BIG they were. 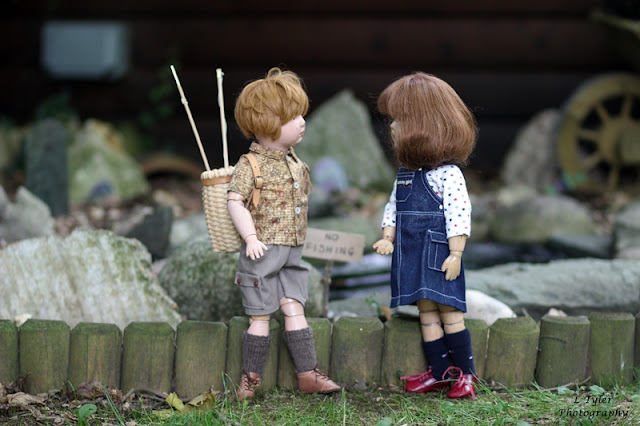 What do you think you are doing Lewis? Peggy Sue asks when she catches him by the pond with his fishing rod on his back. 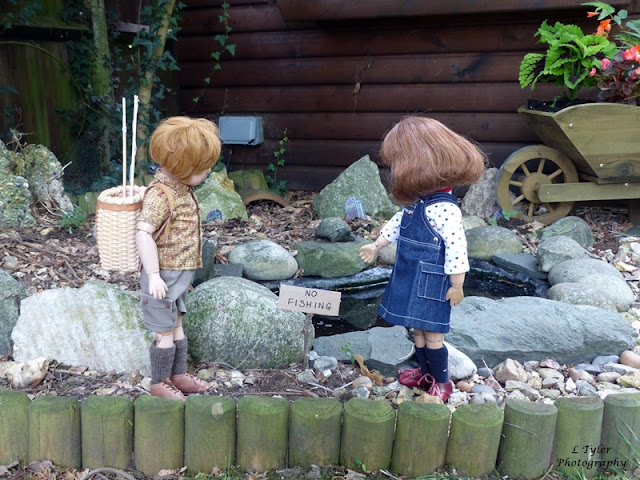 Oh no you are not!  Peggy Sue informs him.  You are not allowed to fish here. It says it quite clearly....NO FISHING

That sign wasn't there last time.  Lewis thinks to himself. 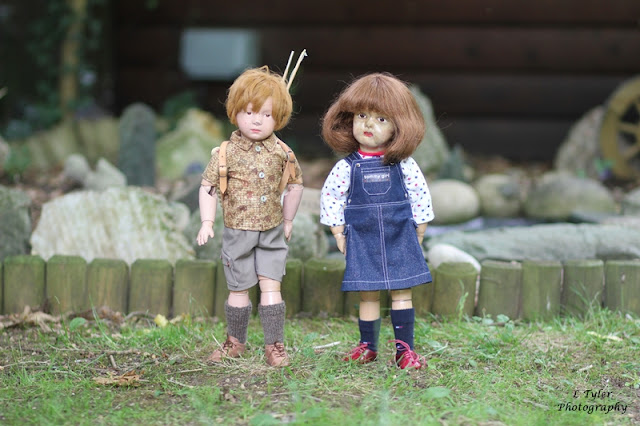 So where am I going to go fishing?  He asks as they wander off together. 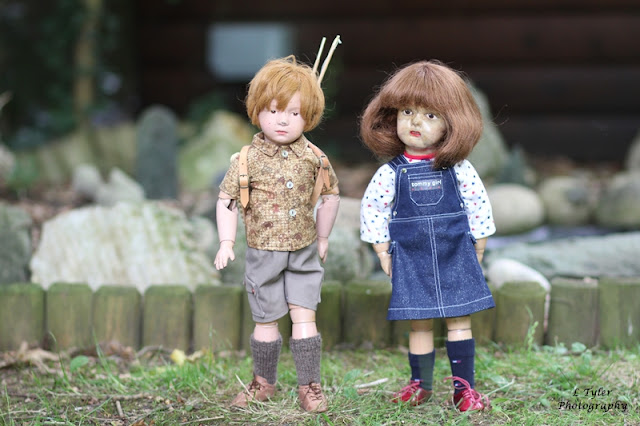 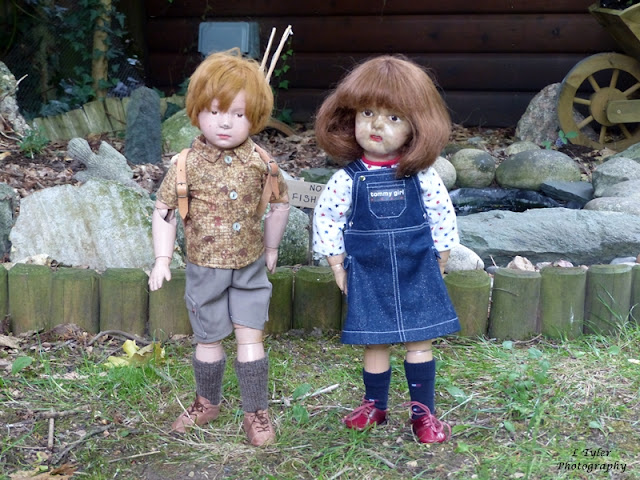 Lewis has a lot to learn!