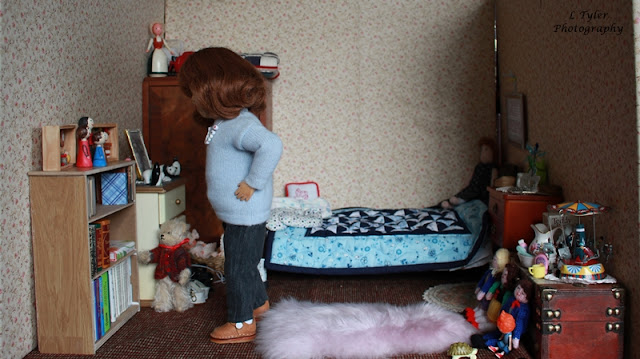 So, Little Owen, what do you think?  Peggy Sue asks as she shows Little Owen her bookcase set up in her room. 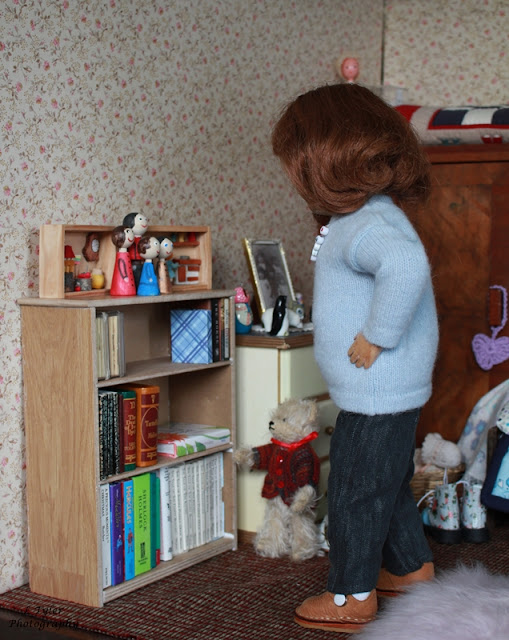 It is looking pretty good.  Little Owen agrees.  I think a book is missing though... 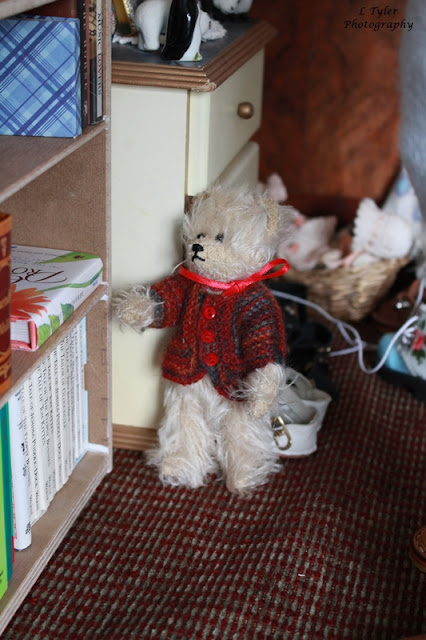 Little Owen looks intently for HIS MOST IMPORTANT book. 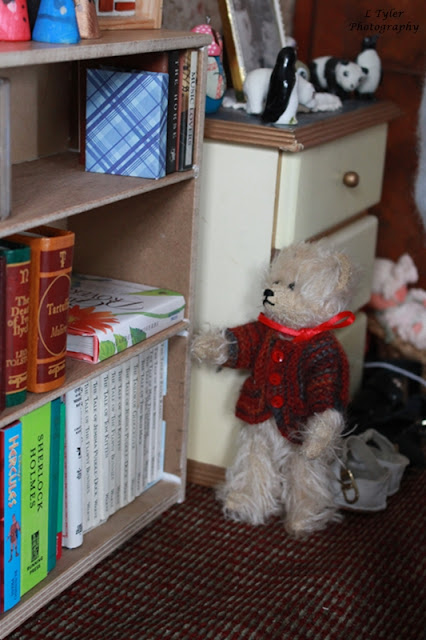 Yes, it is definitely missing.  He thinks to himself.

I think it must be over by the toy box where you were last reading it.  Peggy Sue informs him.  We will put it in the bookcase later. 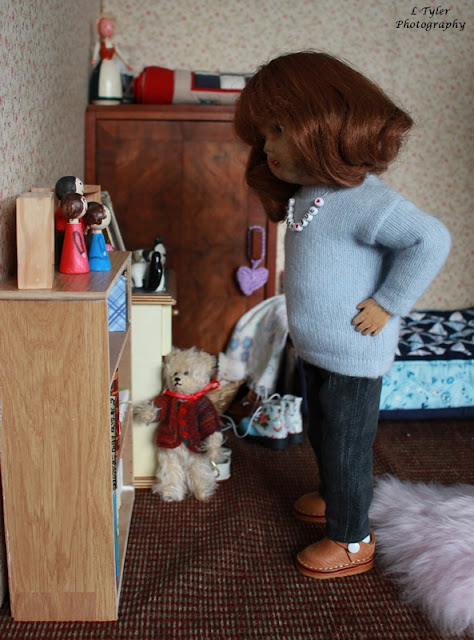 Peggy Sue just can't stop looking at her bookcase and thinks it might also be a good place for her to display some of her shell collection.

Now she has to decide whether she is going to paint it, varnish it, or leave it as it is, but that will have to wait until April.

This bookcase is really special as it is very similar to one my Dad made me when I would have been a similar age to Peggy Sue.  Dad made mine from all wood, but it would have been a similar similar siaze and proportion to me as this is to her.   My Mum and Dad still have it - Mum incorporated it into a side wall divider unit she built years ago.  I must take a photo of it while I am over there.

A very big thank you to DollMum for helping to make this vision and dream into a reality.  It really does mean a lot to me as I was an avid reader as a young child (we had no television, and actually still don't and as such I still read a lot)  and books were very important to me.