It snowed last night, and it has started up again this afternoon, but various members of Rose Cottage managed to get out to have a play in the snow. 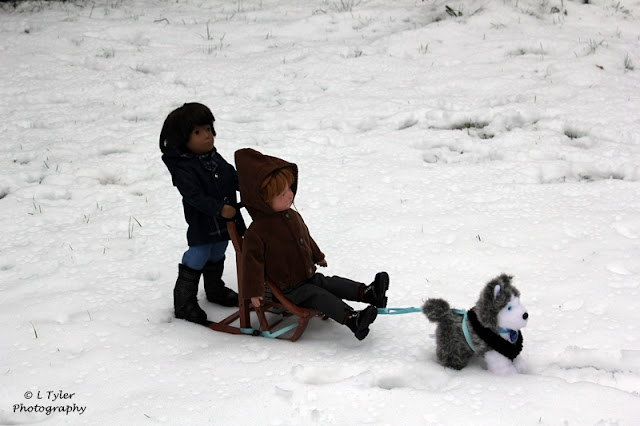 Henry and Lewis enjoyed going for a sleigh ride pulled by their trusty husky. 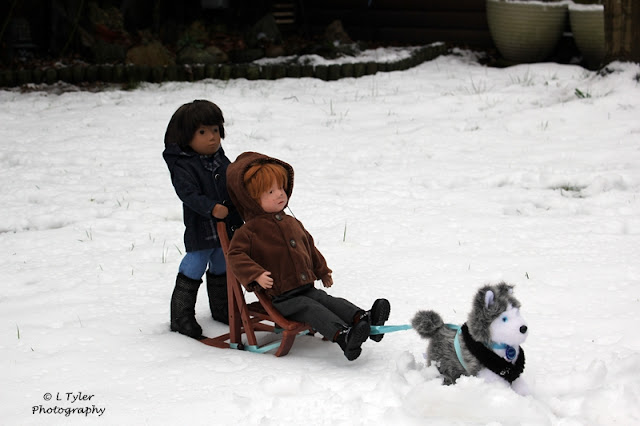 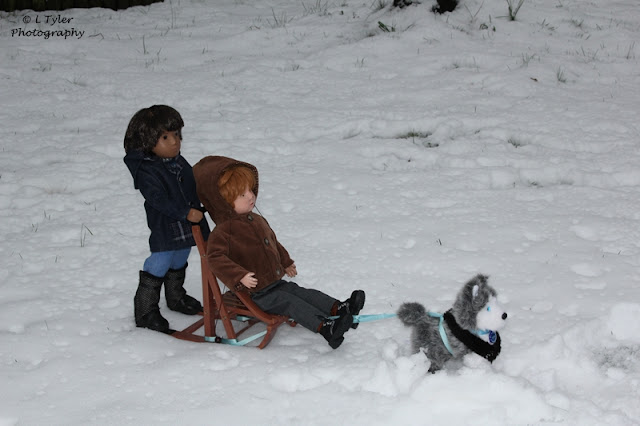 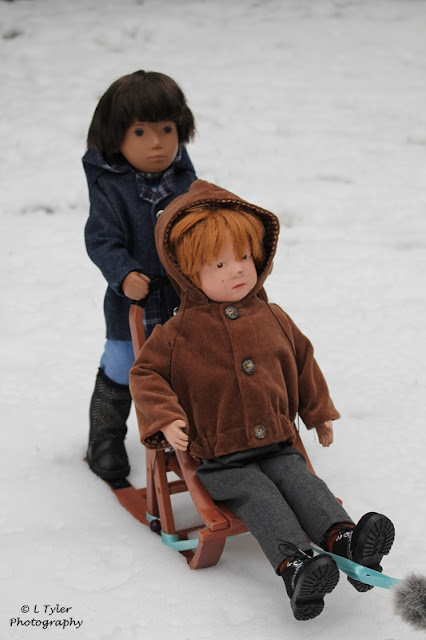 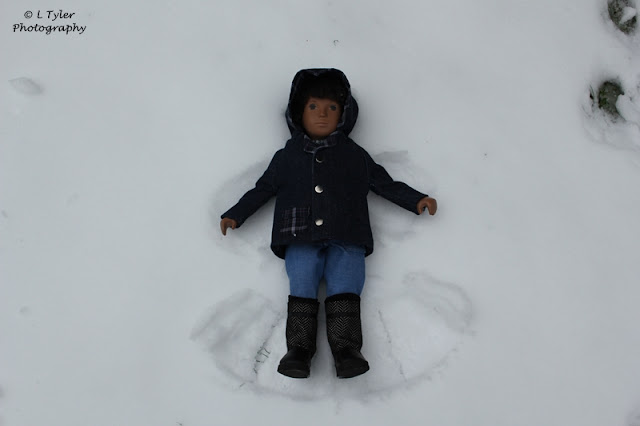 Of course no snow play is complete without making some snow angels in the snow. 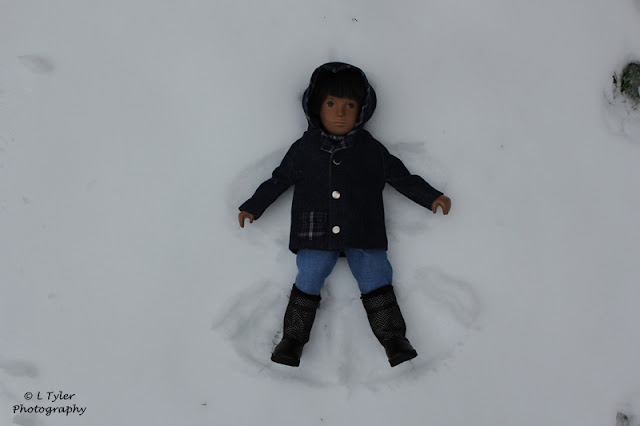 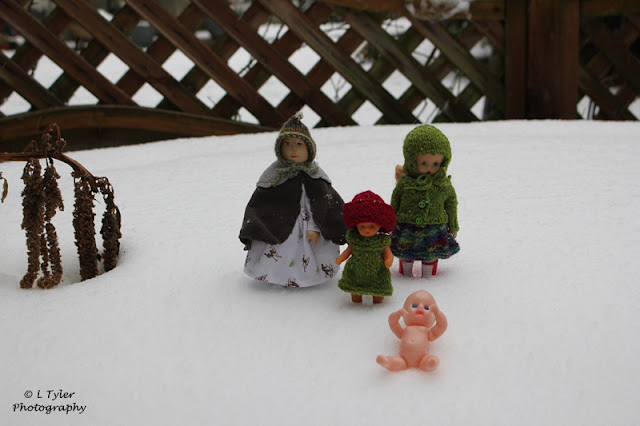 The little ones got out...  Keith's cousin abandoned clothes and had fun sliding down the snow slope on his bare botty!  Watched on by Hitty Madge, Ivy and Nancy. 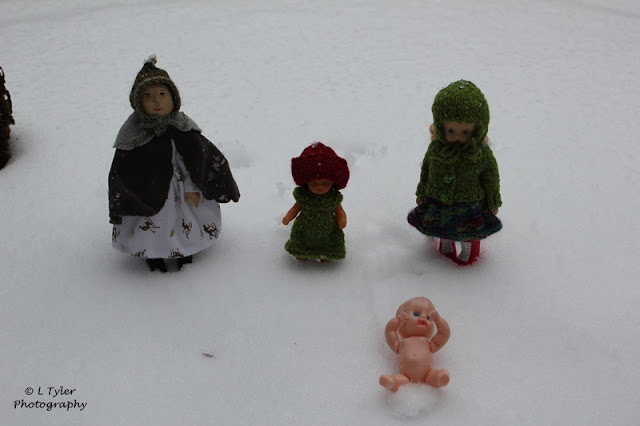 Rather him than them they thought. 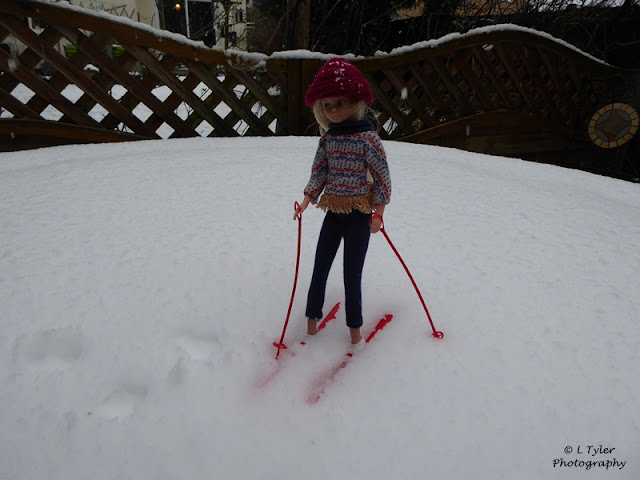 Toots practised her skiing and is ready for the slopes.