On 'Knitty Hittys' a group I am on this month there is a 'Tiny Rag Doll Sew Along' which I thought would be fun to join in as I had made one only last month (can be read about by clicking here )  Initially I thought I would make up a kit to take with me, but in full procrastination mode, with regards to what I SHOULD be doing, I of course wanted to start one straight away.  This time I wanted to try making a boy.  This proved much harder than I had anticipated - it is NOT easy at all.  It is all to do with the faces and hair, that makes all the difference!

This time I made a cardboard template of the bodies and legs and traced round it onto the fabric.  I then sewed along those lines BEFORE cutting out.  This made it much easier to sew and neater. 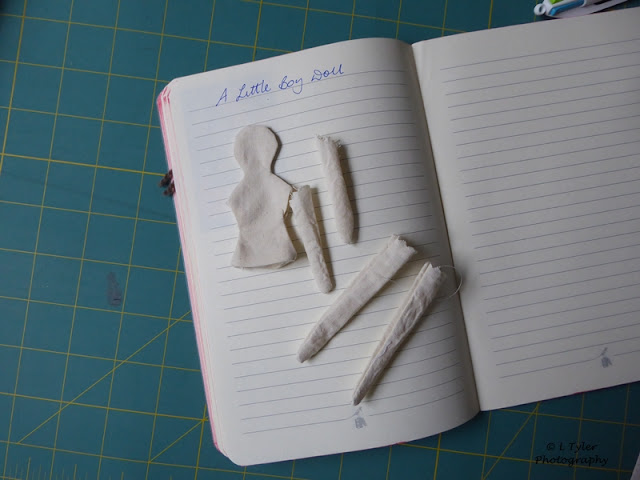 Once sewn up the pieces were turned inside out. 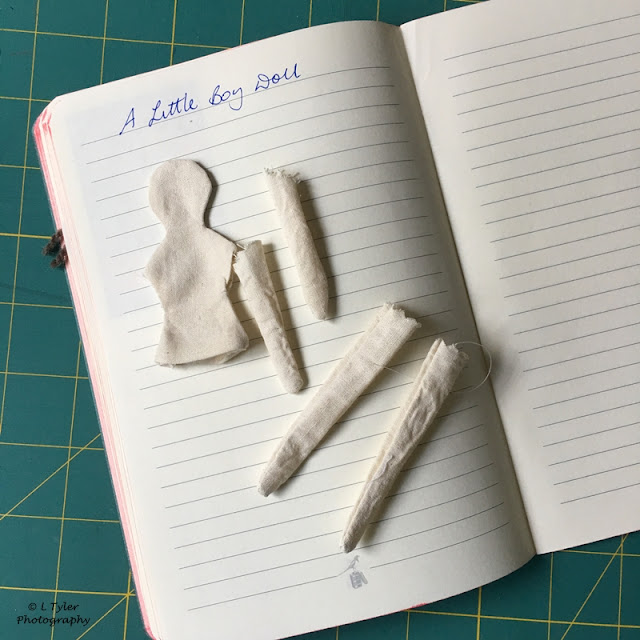 Then stuffed and sewn up. 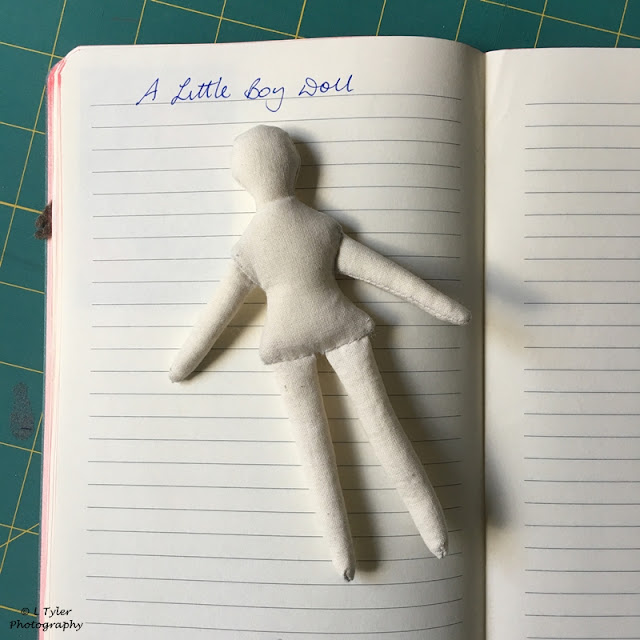 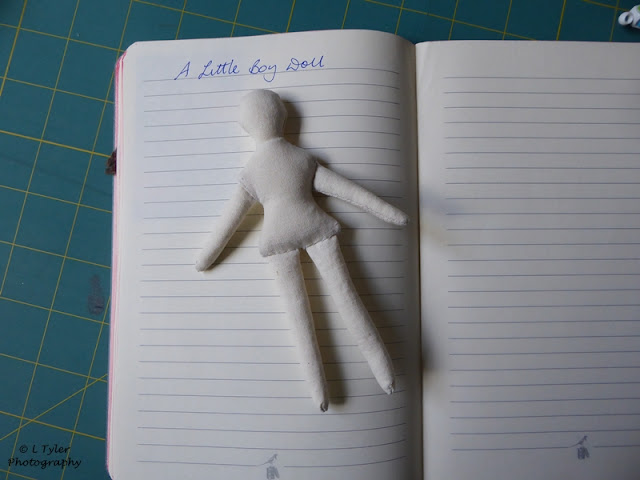 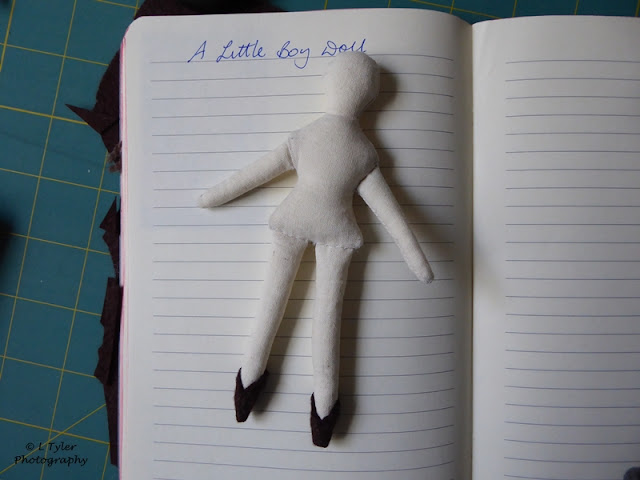 Shoes were the next to be made and I chose some brown felt for his shoes. 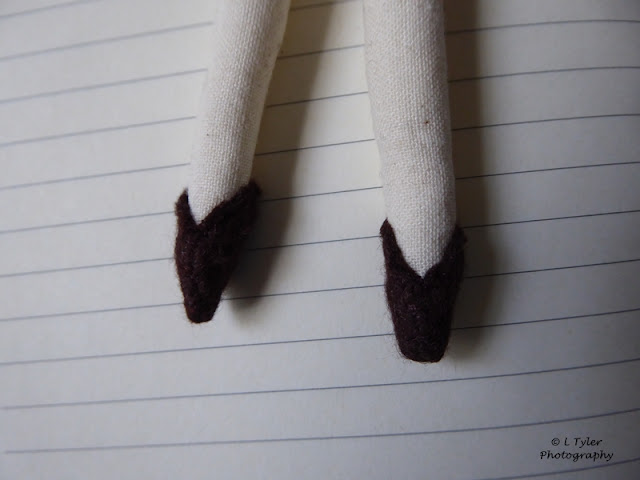 I then practised drawing some faces - definitely not my talent! 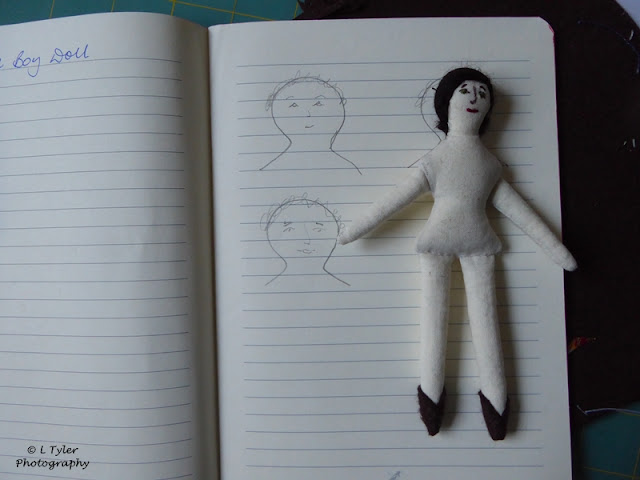 Eventually I came up with something I thought I'd like to try. 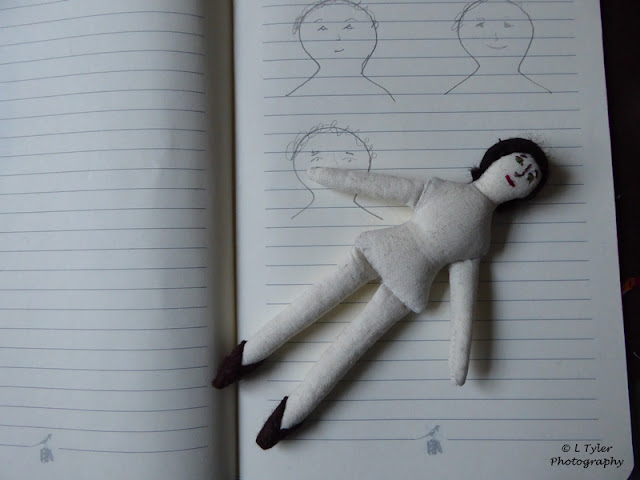 I also sewed on the hair which was felting wool. 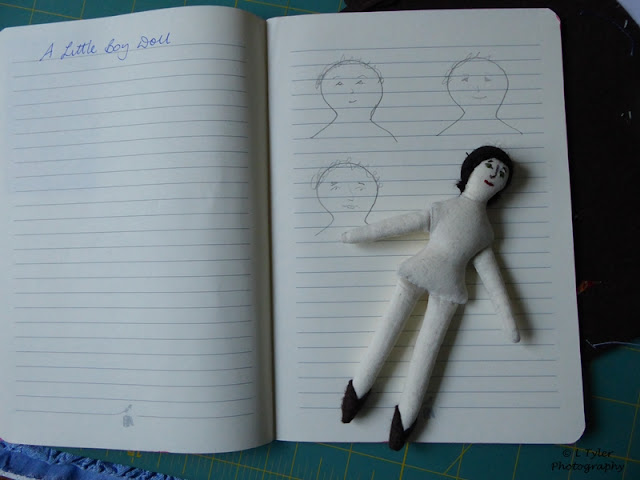 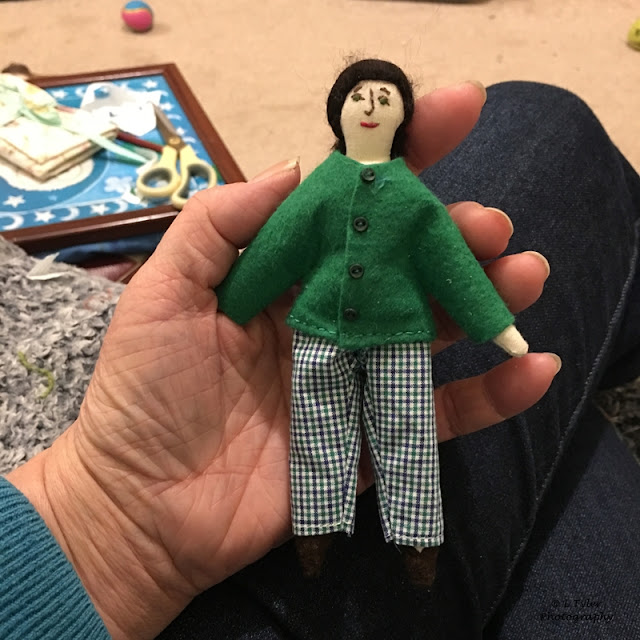 Clothes came next.  I sewed a pair of trousers out of checked fabric and the shirt out of felt and added tiny buttons 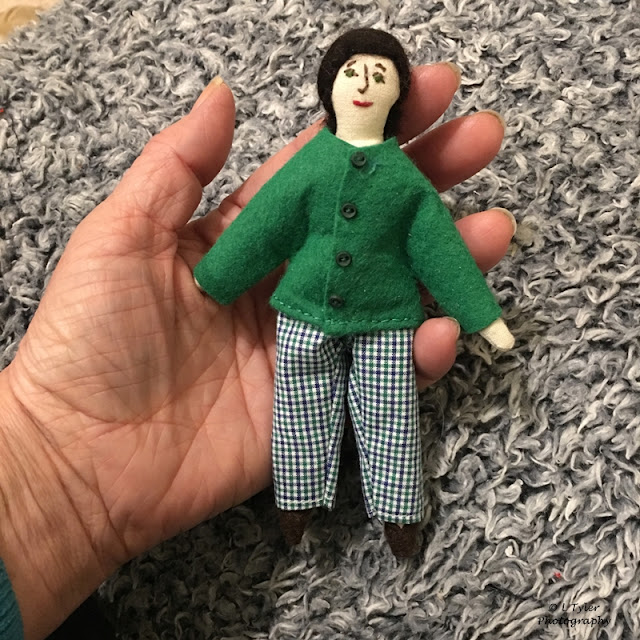 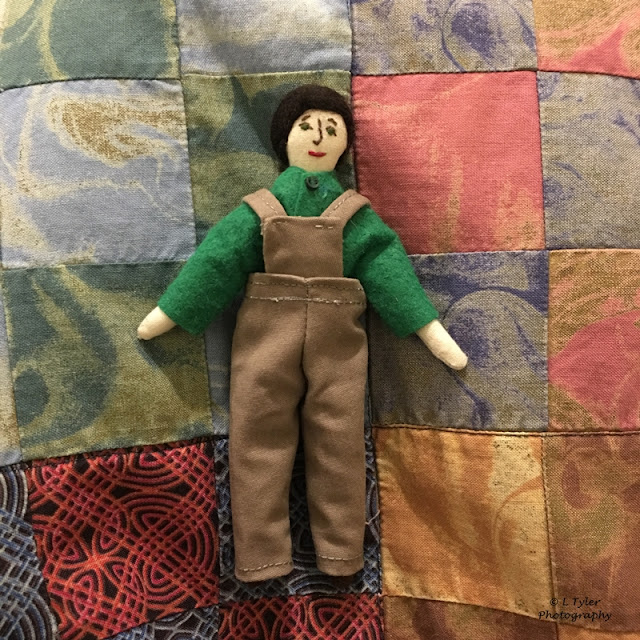 So I tried a pair of dungarees next.  Nope still looks like a girl.

Back to the original clothes... 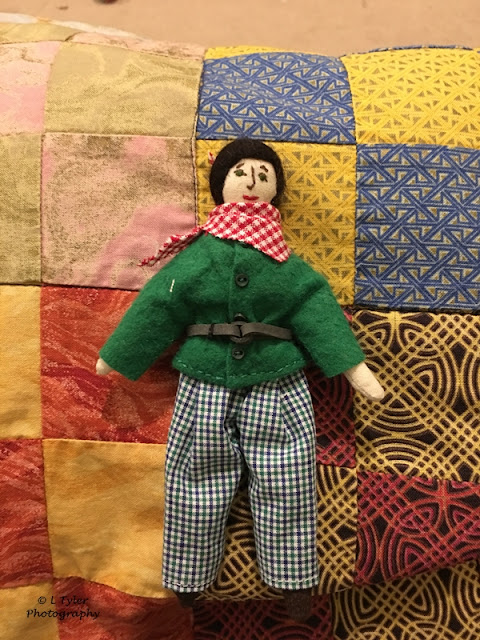 I added a belt (made out of a rubber band and sewn to hold. It was all I had to hand) and a 'kerchief'. 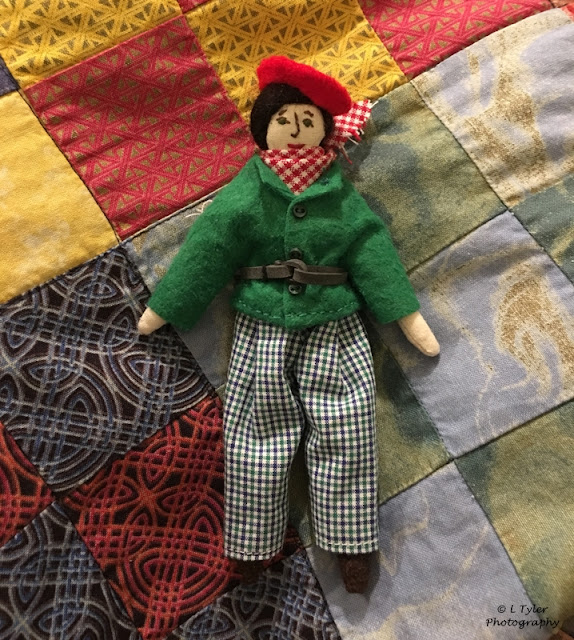 I turned back the top of the jacket to make lapels and I added a beret. 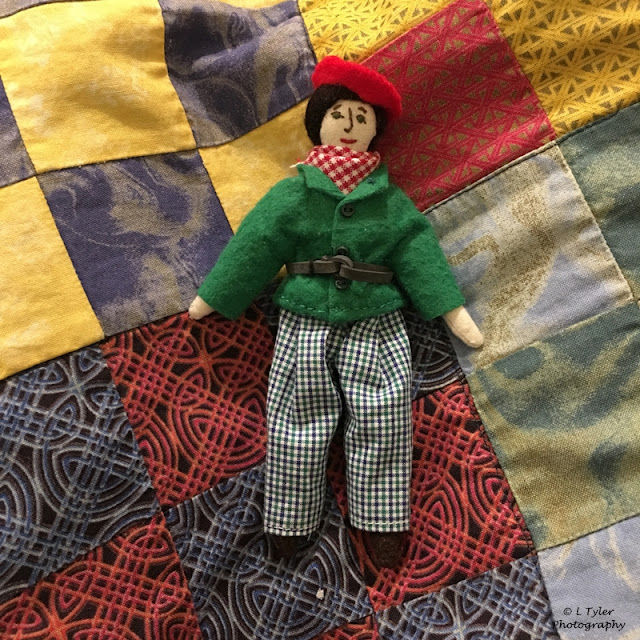 Boy?  Still not convinced and for some reason 'Mavis' just came to mind while I was making this doll despite all the permutations I tried...so I think 'Mavis' is in the French Resistance disguised as a boy and goes by the name Maurice (although some have said René would be perfect!) 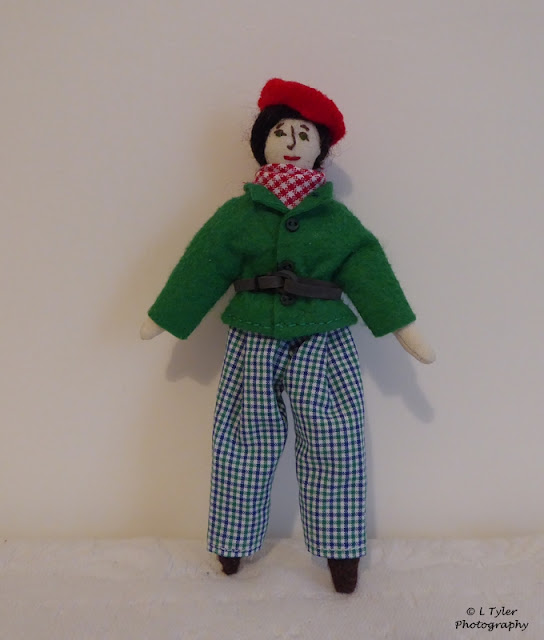 So then of course me being me and suffering from COTDM - Compulsive Obsessive Tiny Doll Making Disorder, had to try again at making a boy! 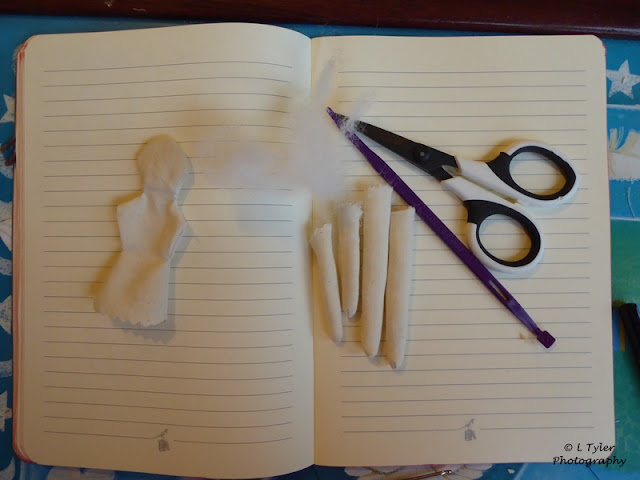 Again I traced round the pieces, sewed round them and cut them out, turned inside out and started stuffing. 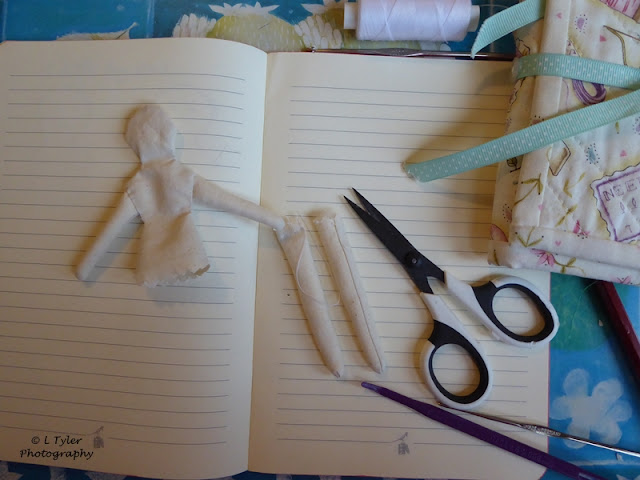 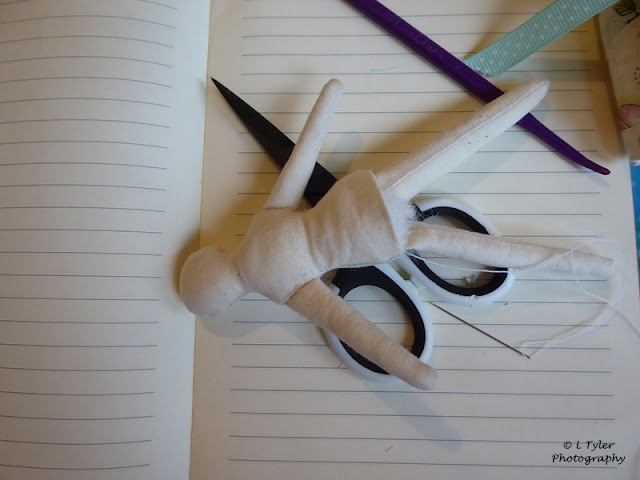 Then legs at the front and then I stuff before sewing up the back. 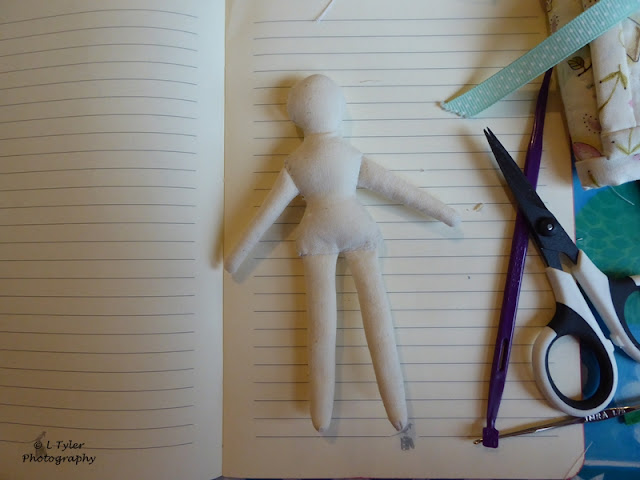 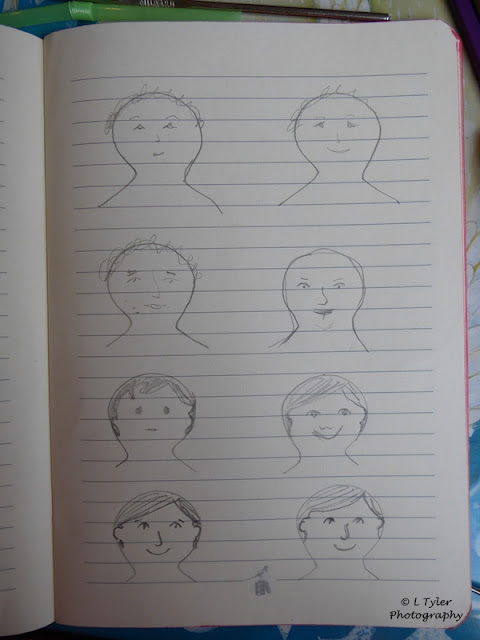 I drew some more faces - as you can see there is no end to my talent!  Ha ha! 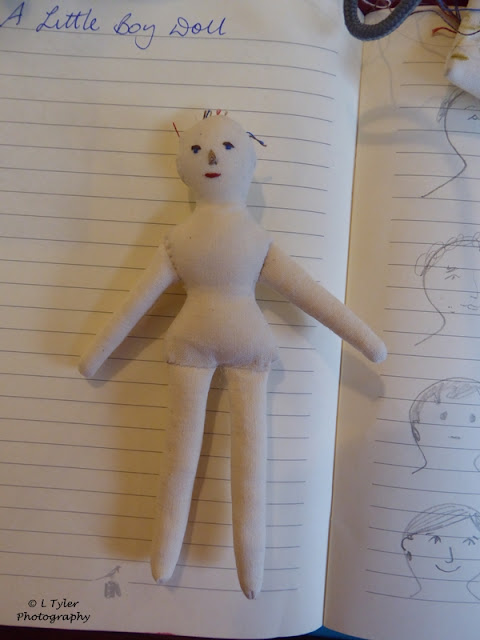 Nope, didn't like this at all - I thought if I made the nose more neutral it would work but it most certainly didn't. 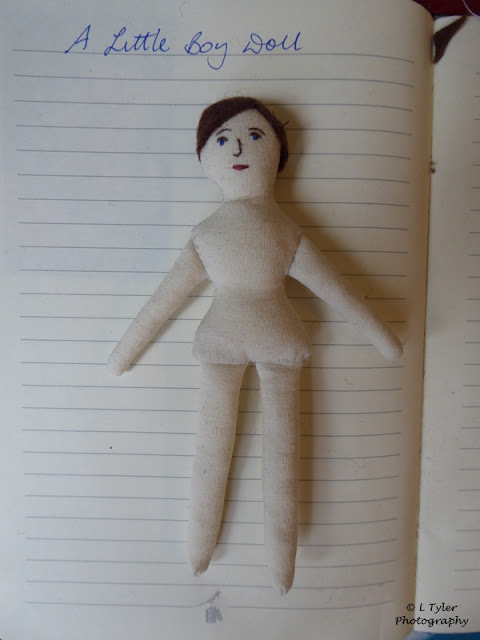 Prefer this nose more and I added some eyebrows.  This time I used a browner red for the lips.

This hair was my third attempt.  The first I tried sewing embroidery floss for hair, but ended up taking it all out. The second I tried wool, that didn't work either.  I didn't want to use felting wool this time, so tried felt instead.  I was pleased with the result - not quite as boy looking as I would like but closer.

Next I had to make the clothes.  I thought I would knit a sweater for him to wear either over or under the dungarees. 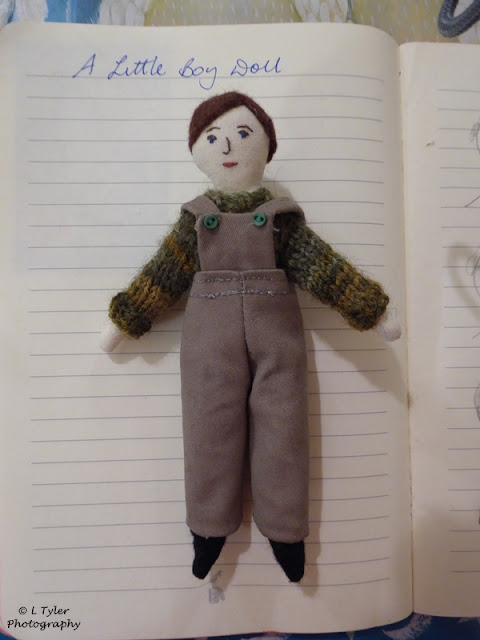 I sewed the shoes on last! 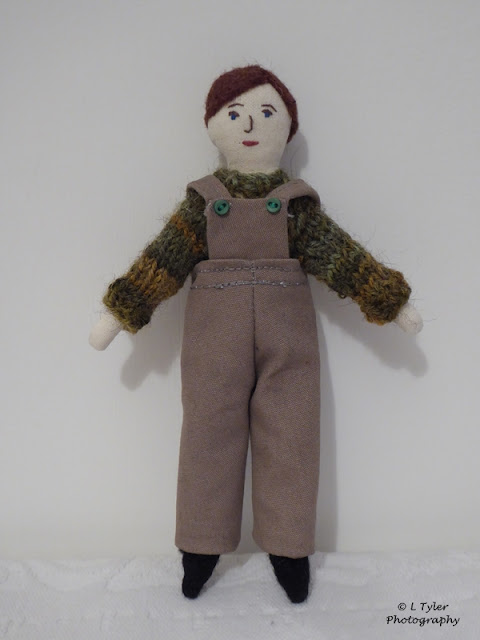 I think he looks much more like a boy and is going to be for Henry so I haven't named him yet - I will leave that up to Henry ;) 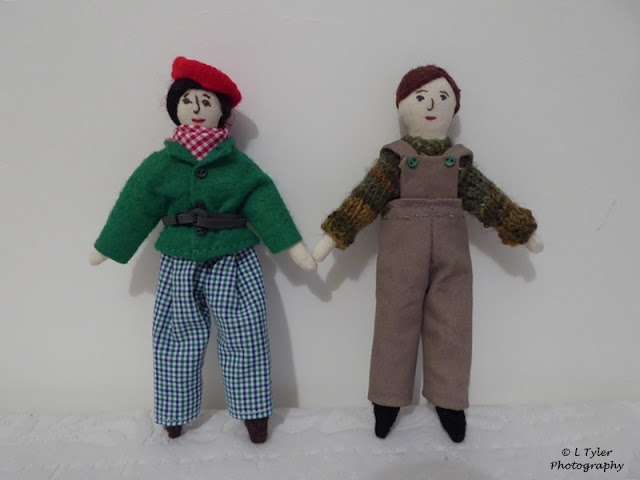 I am still going to make up some packs to take with me so I can make some while in NZ as they are fun to just sit and do when wanting to relax, or if have nothing else to do.