Last year I was going to start a series of posts on my Schoenhut family...it seems I only ever did one!  The first of the 'Schoenhut Series' posts can be found here:  Schoenhut Series - Astrid  I thought it was about time I continued it.  So continuing on from the first. 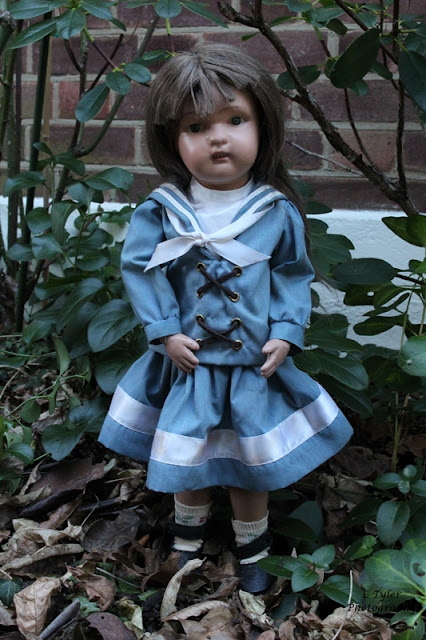 Edith was one of the first dolls to arrive here after Anne-Marie and Peggy Sue.  She is a Miss Dolly Face Model 16/316  She is probably one of my most 'minty' dolls, although her human hair wig is probably not her original. 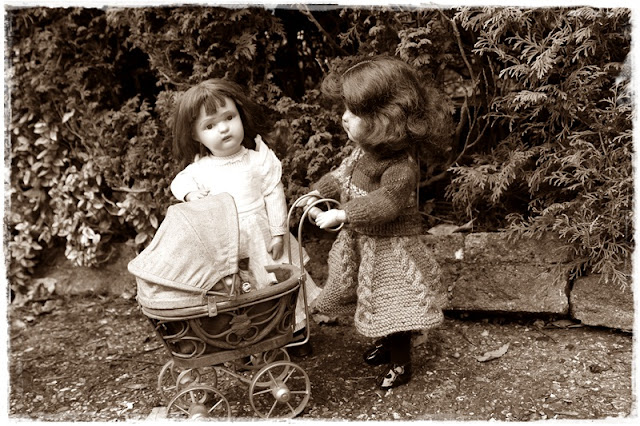 One of my favourite photos of her, and also one that actually made Flickr's 'Explore' page much to my delight is this one (shown above) taken in February 2013 when she was out walking her 'baby' with Peggy Sue in the garden. 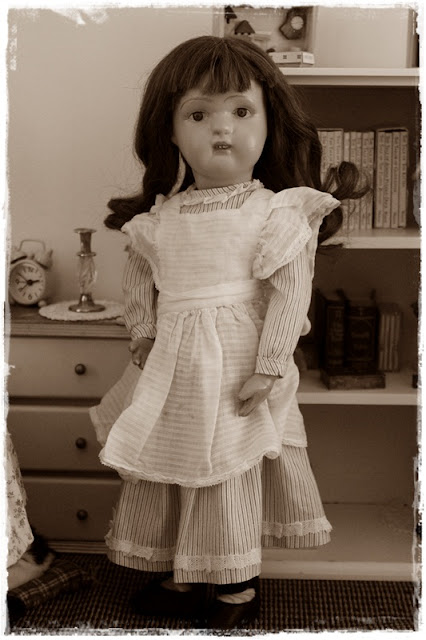 This photo above, shows the dress and apron she arrived wearing. 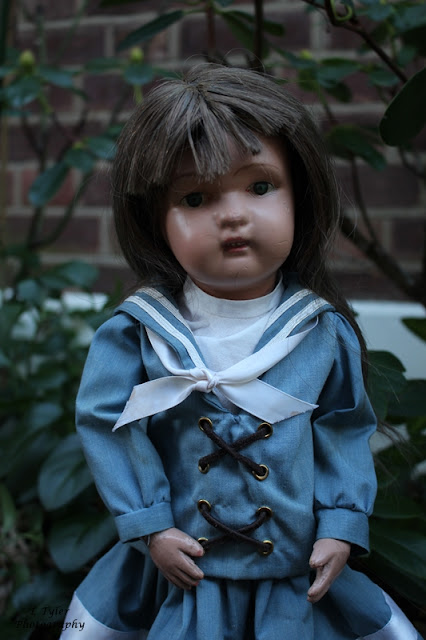 Sadly she isn't quite as 'mint' as she was when she arrived as she had a bit of a 'head butt' incident with one of the other members of the Schoenhut family when they were having a group photo taken!
That is one of the dilemmas with vintage and antique dolls...do you 'play' with them, or do you keep them locked up and simply admired. I do like to 'play' with mine especially as that was their original purpose, but one of the problems with this is you have to be prepared for them to receive a few 'bumps and bruises'.  Now Edith doesn't get played with as much as say Peggy Sue or Lewis, so has less chance of receiving knocks, but it can so easily happen as evidence shows - a simple photo shoot and taking a topple (even though it was on grass), and suddenly she has a bit of a 'boo boo'.  It doesn't seem to have fazed her much, so I guess I shouldn't let it worry me too much either.