The other week Henry and Peggy Sue were delighted to receive a little package from their friends at Gregoropolis and today Henry showed his friends, Donny, Rory and the new lad Lewis. 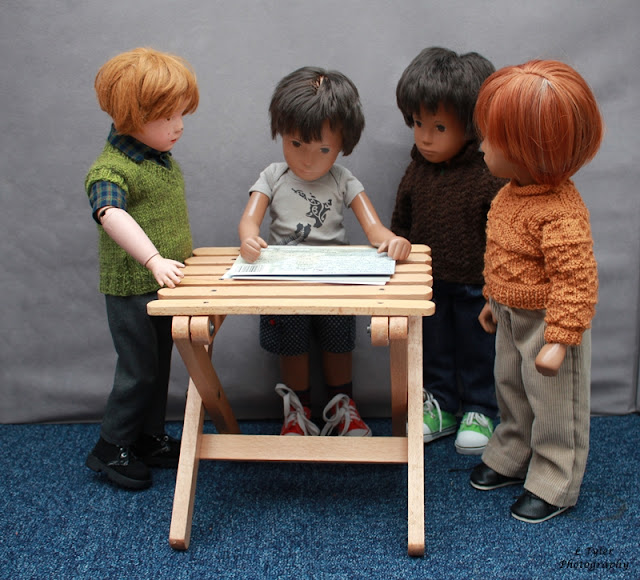 He read the postcard out to them.


'Dear Peggy Sue & Henry,
This lighthouse was one of the many interesting places we visited on our trip along Minnesota's North Shore of Lake Superior...' 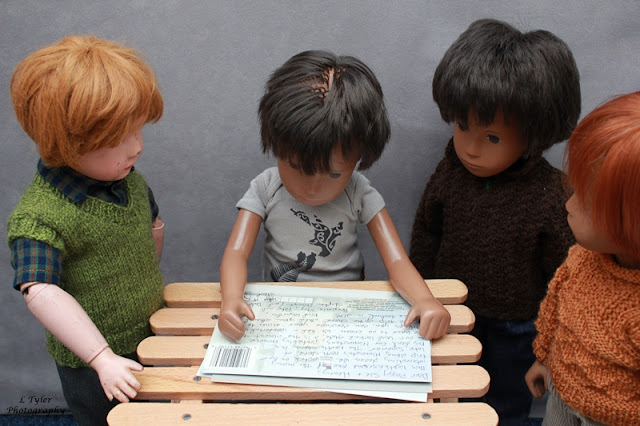 Why is it called Lake Superior?  Rory asks.

Does it mean it is more superior to other Lakes?  Donny also asks.

Well if you listen to me read the rest, you might understand a bit more, I haven't finished yet.  Henry tells them and continues: 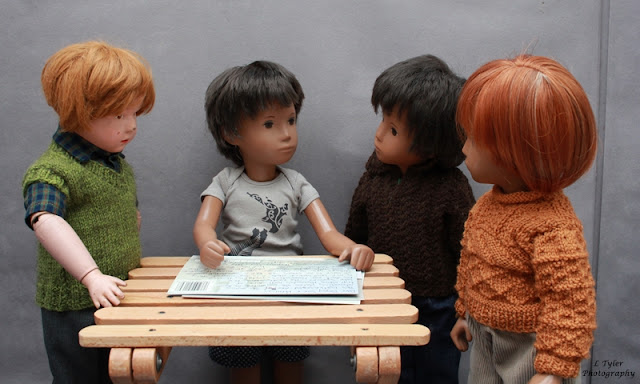 "The North Shore is a big deal for Minnesotans. probably because in our land-locked state, it is the closest thing we have to an ocean...."

But that doesn't really explain WHY it is called Lake Superior.  Rory says.

Well perhaps it is because it is the Largest of the Great Lakes of North America.  Lewis informs them, having come from the USA and having a bit more knowledge of American than these lads do.

That is pretty impressive the boys agree. 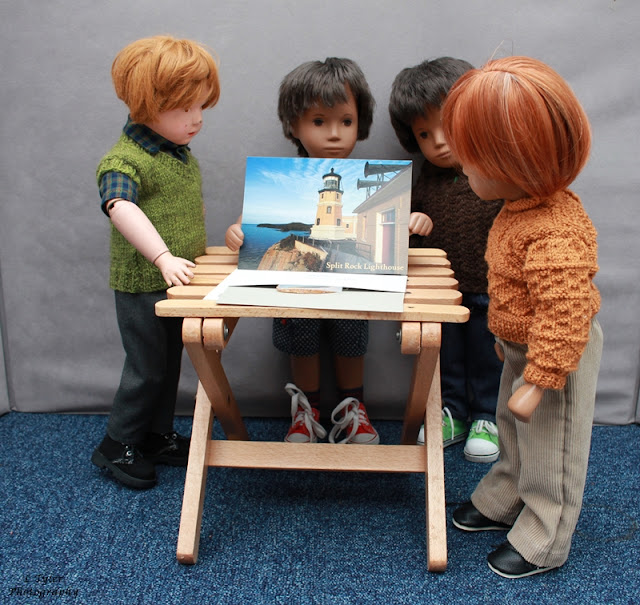 This is the lighthouse that Benjamin Roy, Pete and Stephen Orange visited.  Looks pretty cool doesn't it.  Henry says. 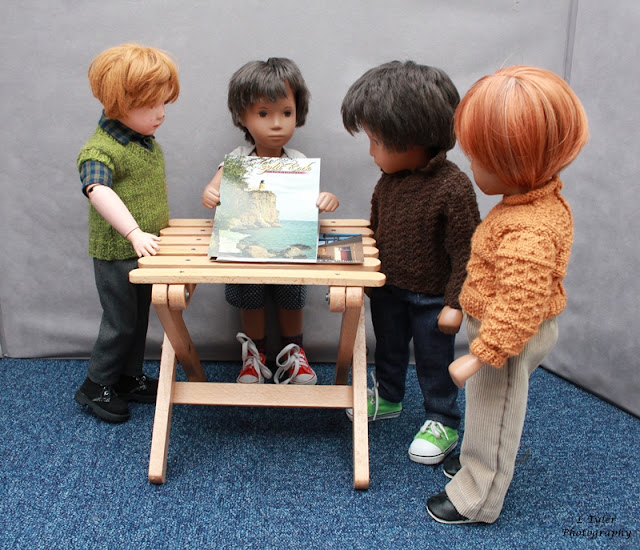 The boys look at the second post card Henry shows them that the boys also sent.

They think it might be a good idea if they start a postcard collection album. 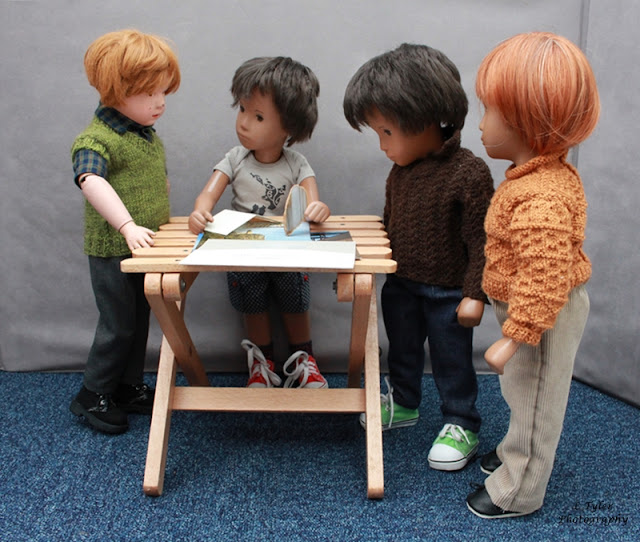 What else have you got there Henry?  Lewis asks. 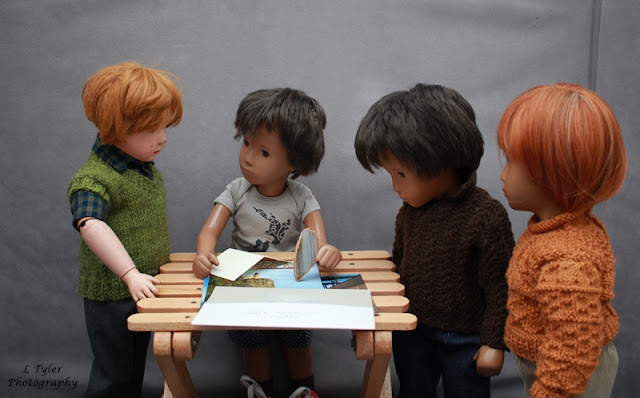 This is a piece of Agate from Lake Superior.  Henry tells him. 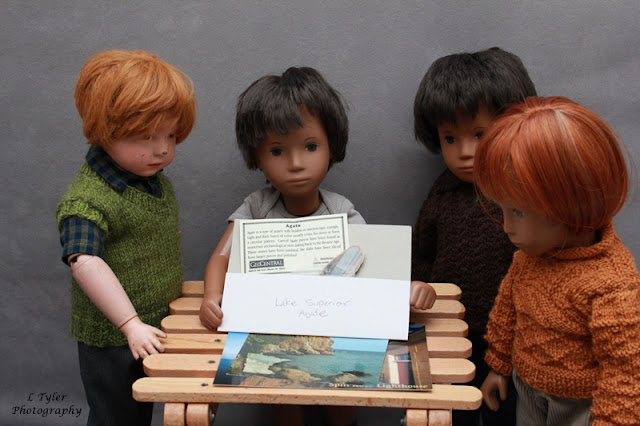 I am so excited to have this, I am going to put it with my special mineral and rock collection. 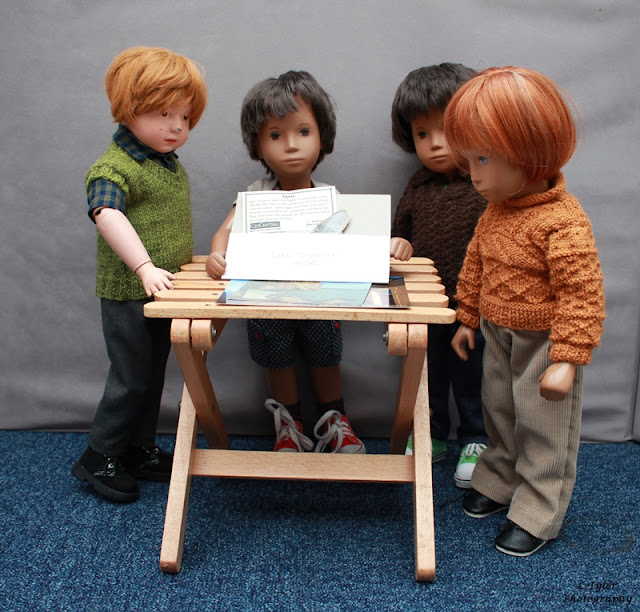 Thanks so much to Benjamin Roy, Pete, Stephen Orange and of course their Daddies, John and Steve. Henry says.

Peggy Sue also got to read the postcards, but agreed that Henry could do a 'Show and Tell' about them.  She was also happy for Henry to keep the Agate as she knows he very much wanted to put it with his pieces of rock from Sedona National Park, Montezuma's Castle and his piece of rock from the Grand Canyon.