It has been a wonderful hot and sunny day today and the boys enjoyed playing in the garden. 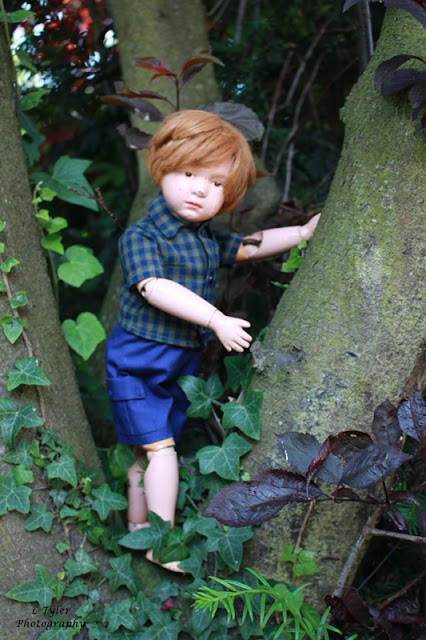 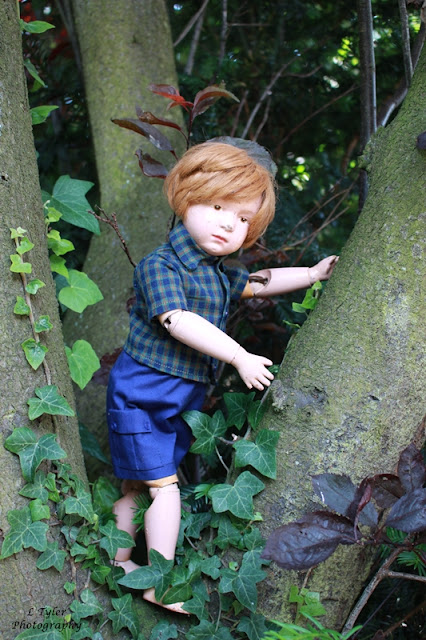 Hmmm...what are those two doing down there? He wonders as he looks down towards the lawn. 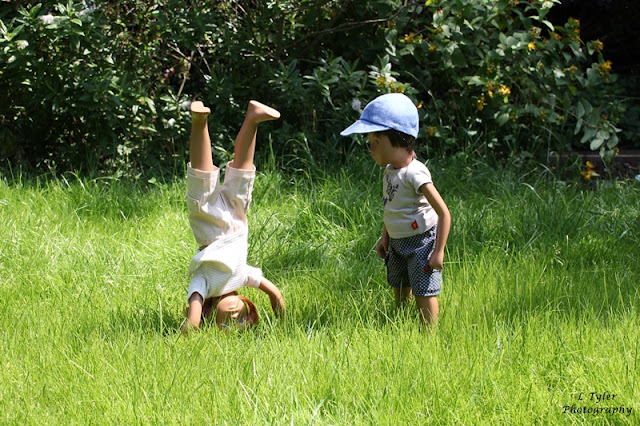 Wow, Rory, look at you!  Henry says as Rory shows off how he can do a head stand in the newly grown long grass. 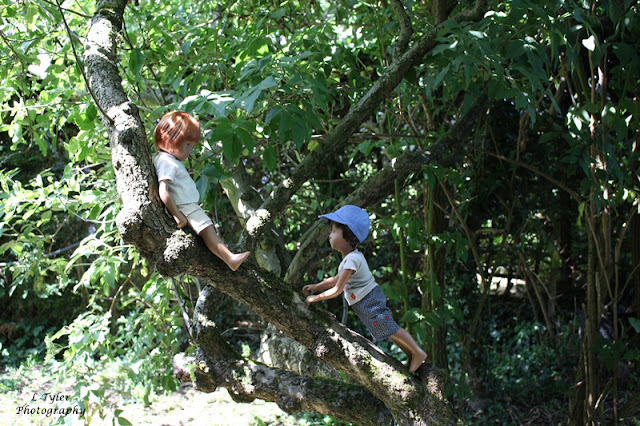 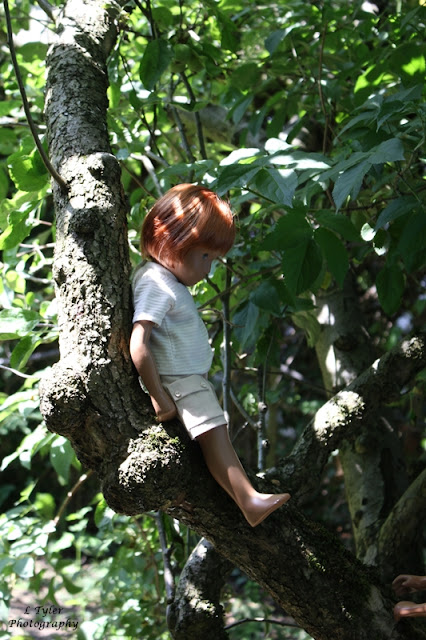 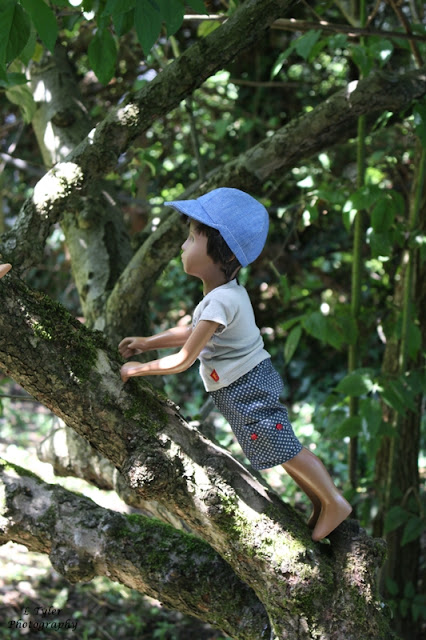 But then Henry stops...and turns around... 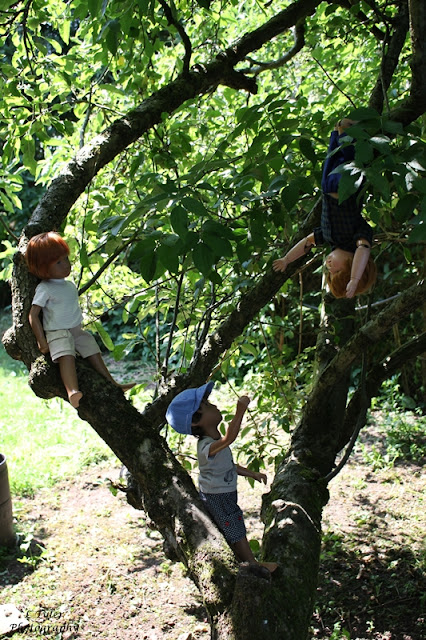 Lewis!  What on earth are you doing?  Henry cries out alarmed at the sight of Lewis hanging upside down in the tree. 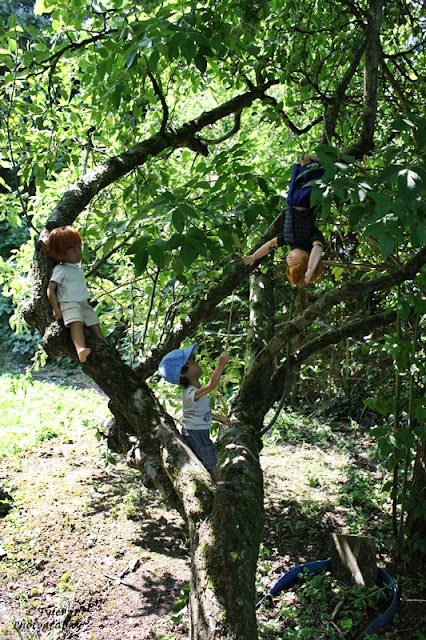 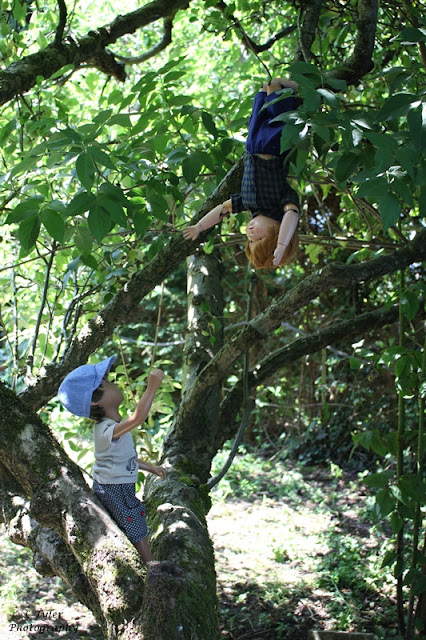 Henry gets ready to try and catch Lewis in case he falls. 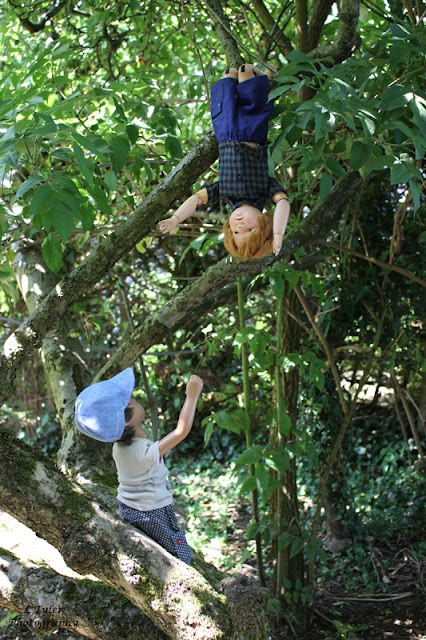 Careful, Mum won't be too pleased if you fall and hurt yourself.  Henry tells him. 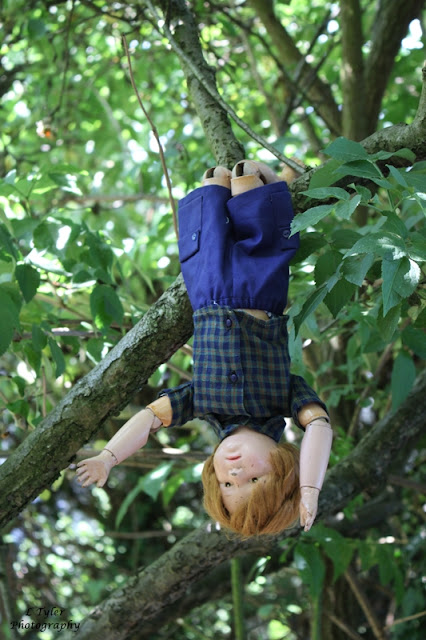 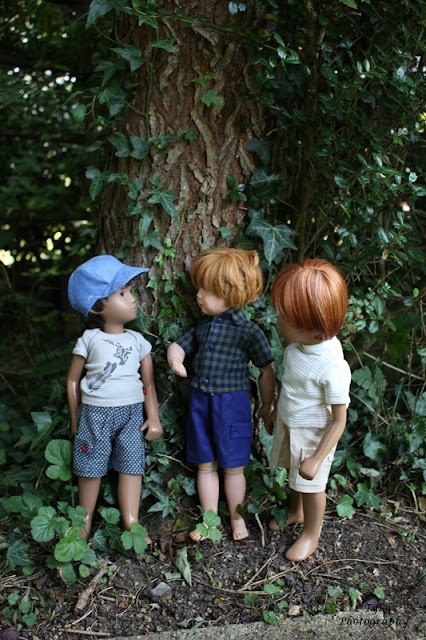 A little while later, safely on the ground. 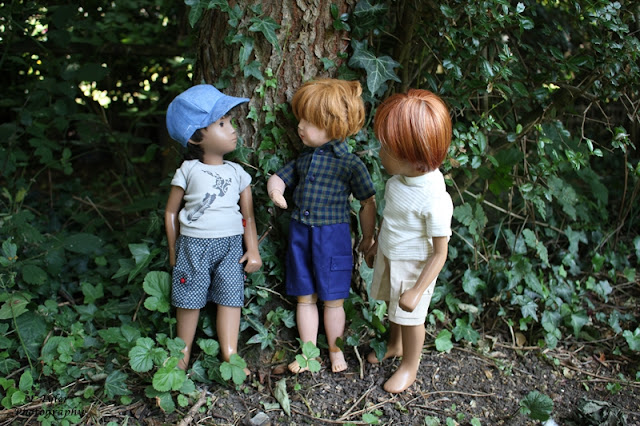 There really isn't anything to it.  Lewis explains.  You just bend your knees and hook your feet round a branch.

Easy for you to say. Henry tells him 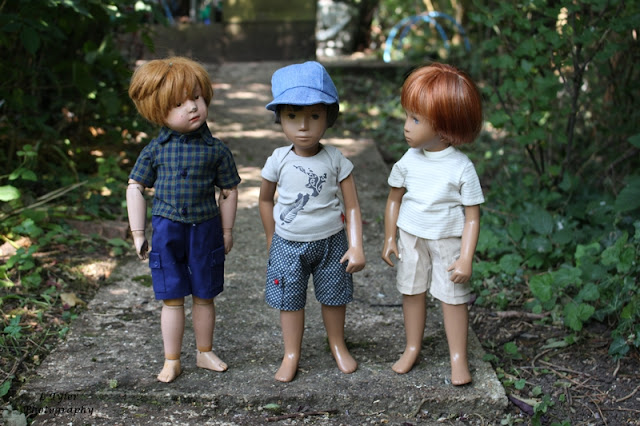 Do you think you could show me how to bend my legs and hook my feet round a branch? Rory asks Lewis as they walk home.  Henry decides to keep his thoughts to himself.
Posted by Serenata at 19:41