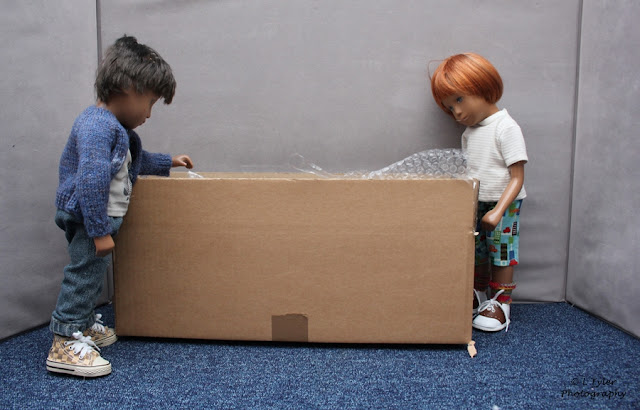 Hmmm...looks more like a coffin to me.  Henry says to Rory.

No it doesn't.  Rory tells him.  It is the wrong shape! 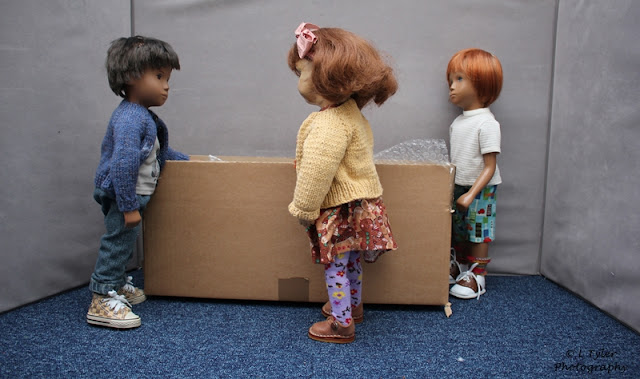 Now, now Henry, don't be silly, we have all travelled in special 'compartments' just like this when we came here.  Peggy Sue tells him reassuringly.

Henry is not convinced... 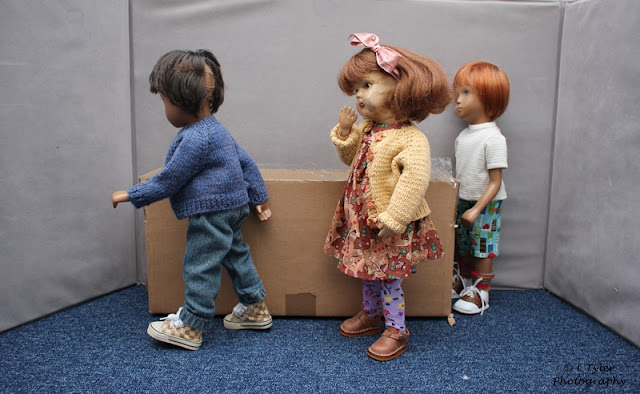 Oh dear, I hope he hasn't disappeared.  Peggy Sue says.  He really does need to go and have his special surgery.  Where has he gone? 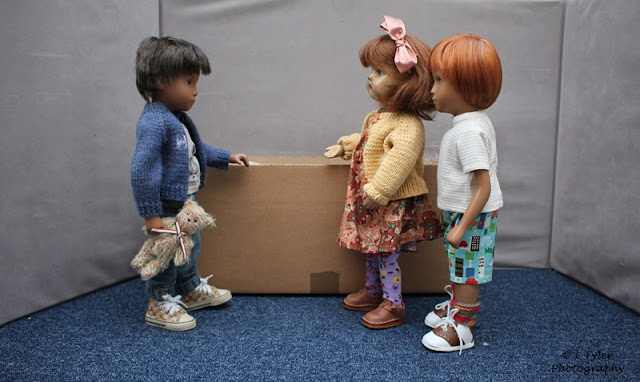 Fortunately Henry hadn't rushed off to run away...instead he had gone to get his special friend, Trojan Bear.

I just went to get Troji, he tells them.  He is my good luck bear, and he will come with me.

Good idea.  Peggy Sue says.  I always have Little Owen with me if I need protection and someone to keep me company.

He'll help keep your mind of your travels.  Rory says. 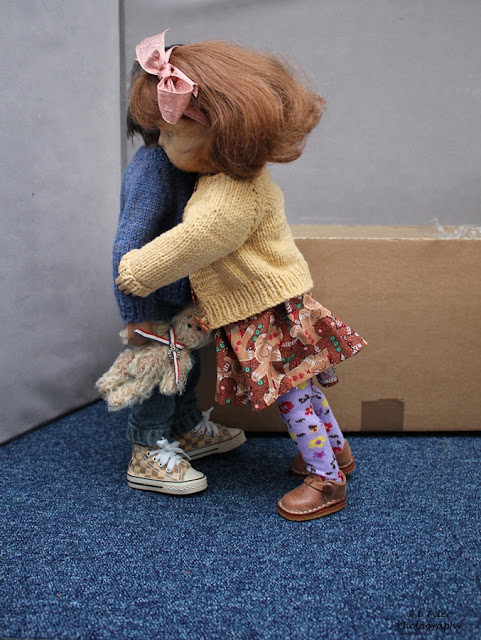 Good luck Henry.  We all love you, and you will be back soon ready for lots of new adventures.  Peggy Sue says as she gives him big hug. 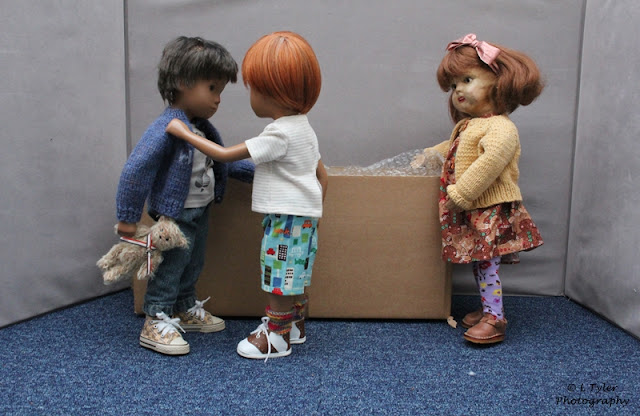 All the best Henry.  Rory says to him. 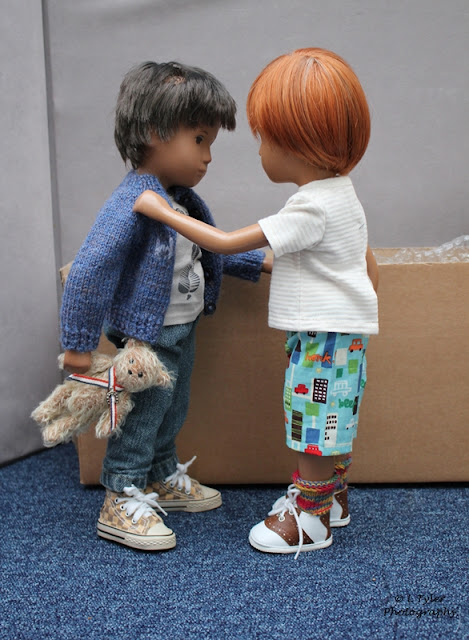 Don't be scared.  We will all be thinking of you. 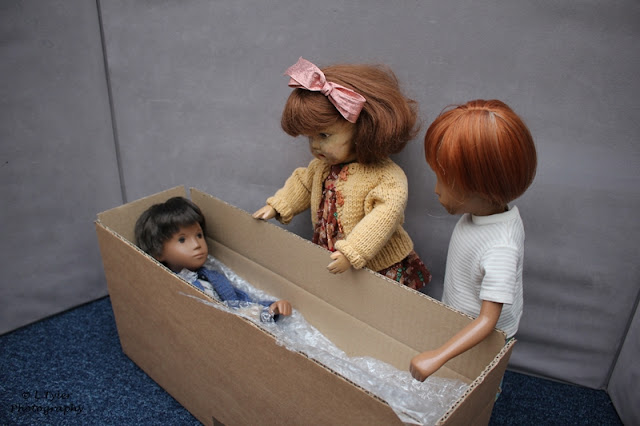 Henry climbs into his travel compartment.

There that is not so bad is it Henry.  Peggy Sue says. 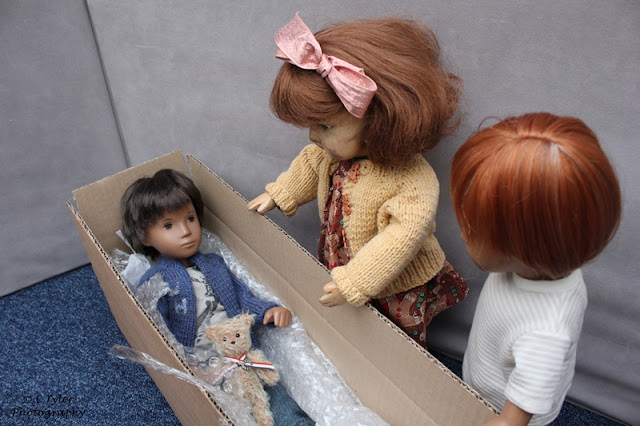 It's okay I guess.  Henry says.

Henry has set off for his first BIG new adventure of the year.  A lot of big and little anxious people will be waiting for him and sending him lots of good thoughts and wishes.