Peggy Sue had been standing waiting by the door all morning... in and out she had been going...

I can't understand the delay she said... when we want to sleep in the doorbell ALWAYS goes at about 7am...but today when we were up and ready, all we had to do was wait.

Just before 11.30am the doorbell finally rang.

Peggy Sue dashed out and helped carry in the travelling box. 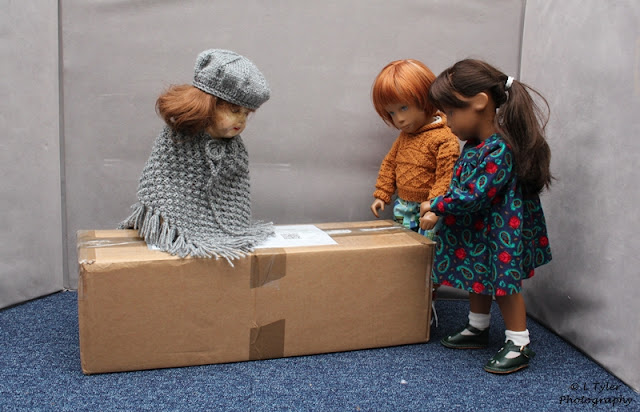 Henry, are you in there?  She calls

Can you hear us Henry?  Emily and Rory say in rather loud voices. 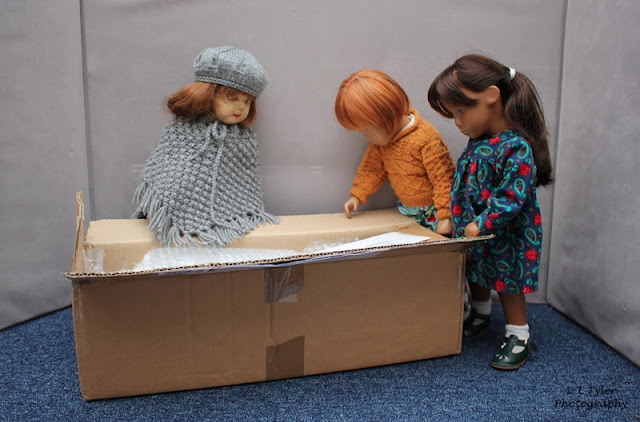 I think I can hear a muffling sound.  Rory says as they start to open the box. 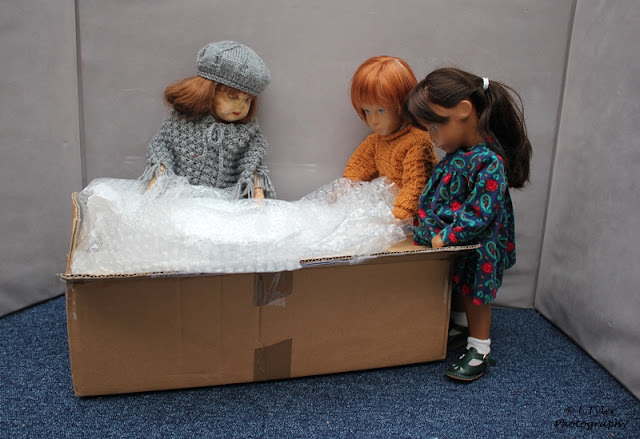 Hey Henry, are you in there?  Peggy Sue says.  You are certainly well cocooned. Rory is suddenly startled as something or someone sits up... argghh.... He says.

Oh gosh Henry, what have you got over your face?  Peggy Sue gasps. 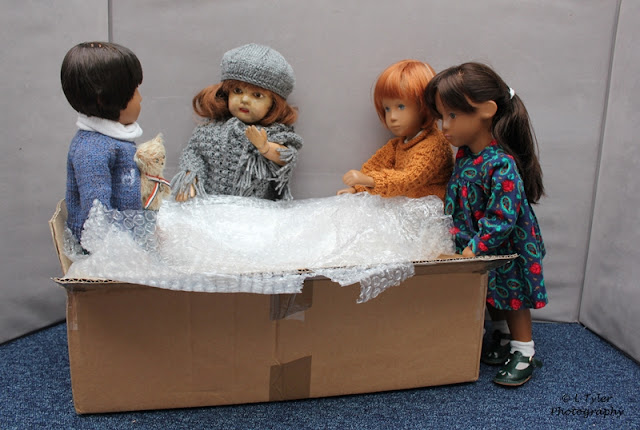 Henry sits up and pulls the bandage down off his face.

'Tis okay, it is my 'compression' bandage, to make sure I don't get any blood clots or anything to my brain.  Henry reassures them. 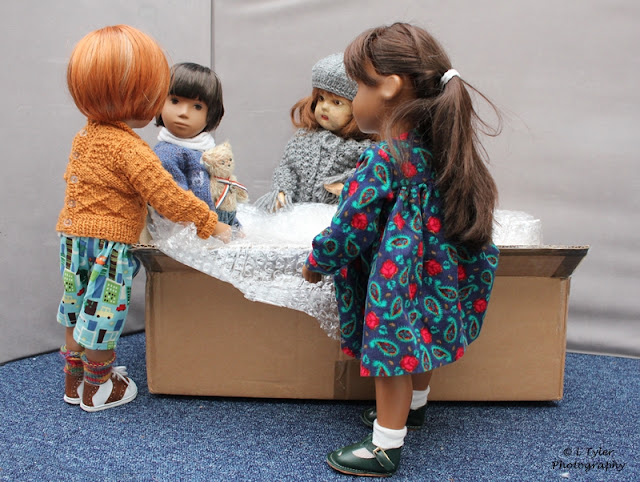 So how was it?  Did it go quickly? Rory bombards him with questions.

Give him a chance to get out first.  Emily tells Rory. 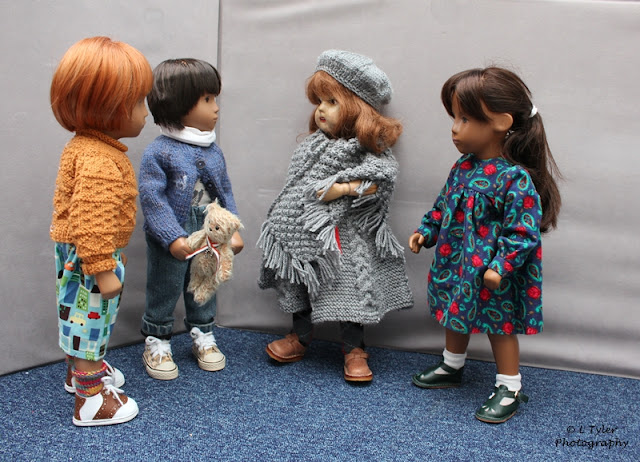 Out of his travel compartment, Henry finds his feet.

But not too different.  Emily observes. 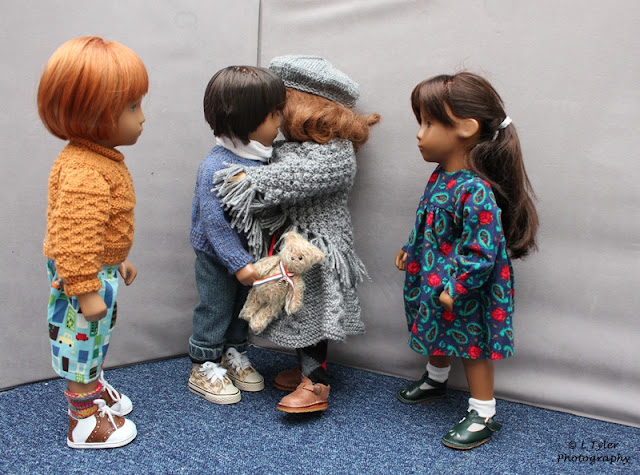 So good to have you home Henry.  Peggy Sue gives him a hug. 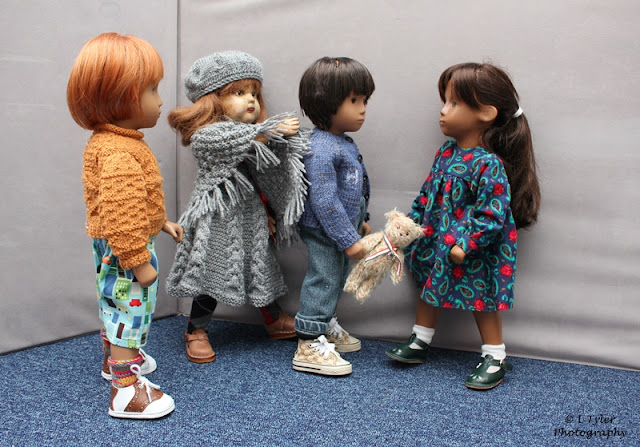 Henry turns round to say hello to Emily.

Peggy Sue can't resist touching his hair.  Ooh... she gasps.  It is so soft. 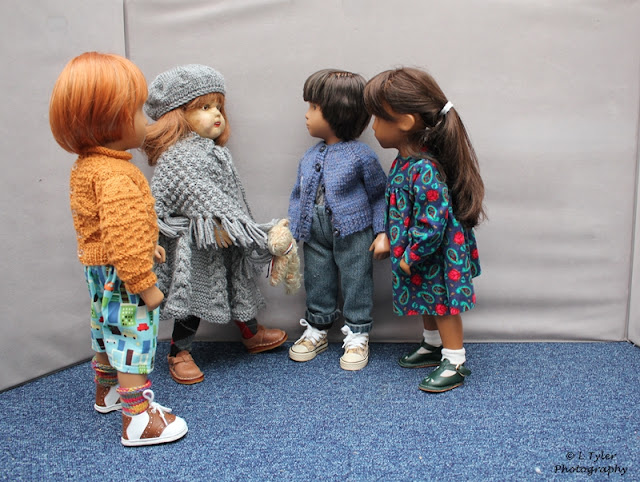 Hey, don't touch the hair!  Henry says.  I don't want it to fall out again.

It is okay Henry, it won't come out.  Peggy Sue reassures him. 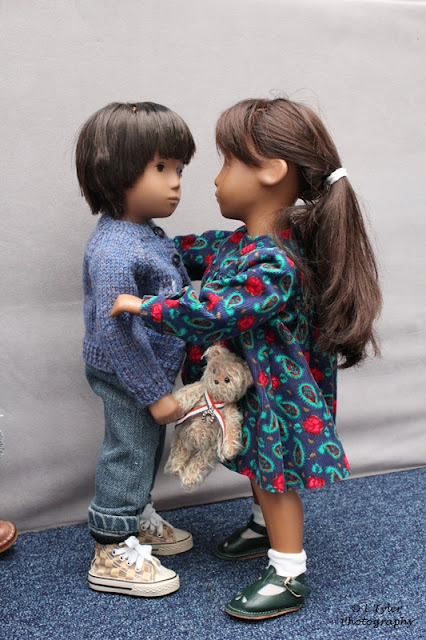 That's right Henry.  All will be good now.  Emily says as she gives him a hug.  You will be able to go on all sorts of adventures now and wear whatever you want without fear of your hair falling out and going bald.

Really?  He says as he looks at her a little uncertain. 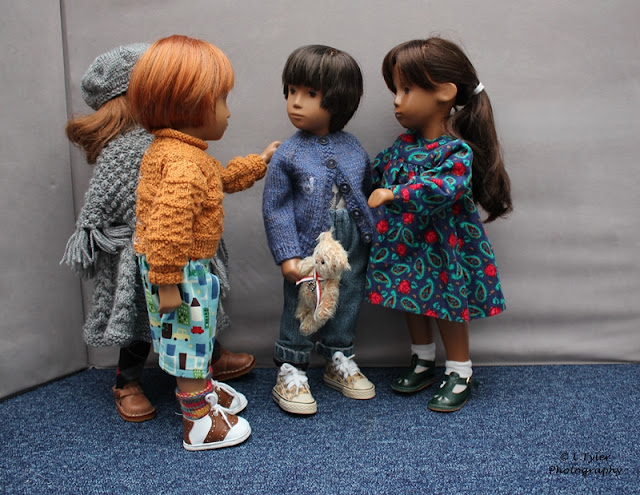 Absolutely Henry.  Rory tells him as he pats him on the shoulder. 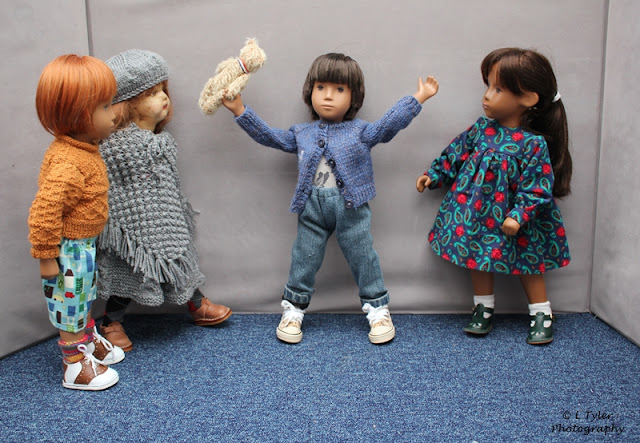 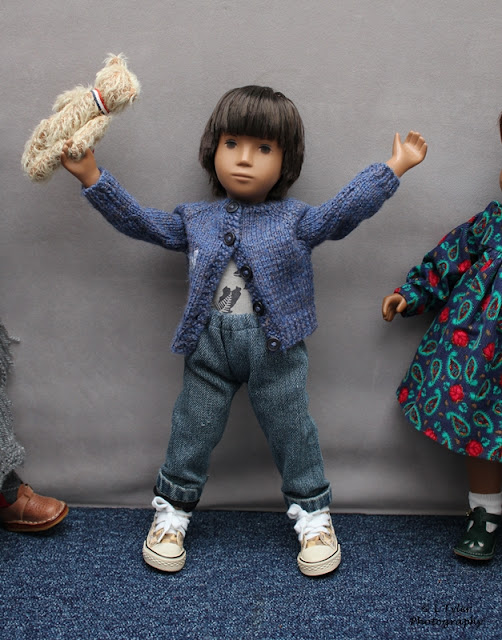 Thank you Pam for doing my 'surgery' and giving me new hair.

I promise I'll remember to wear my compression bandage for a couple of weeks when I am resting. 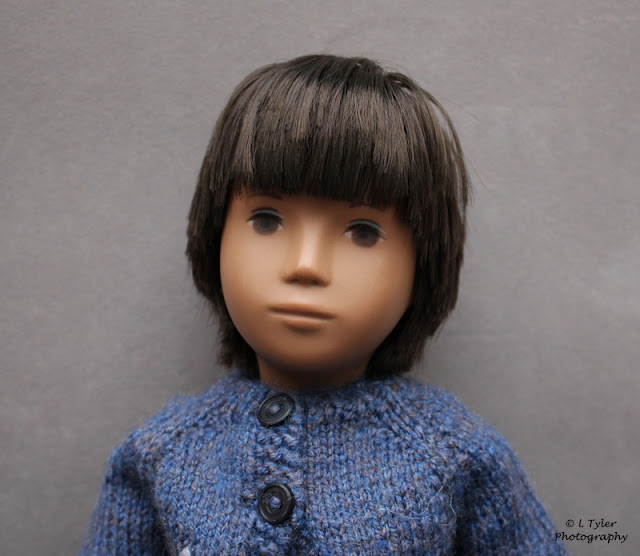 Henry wants to show you a few photos of his new look.
It is sleeker and smoother than before and a little darker. 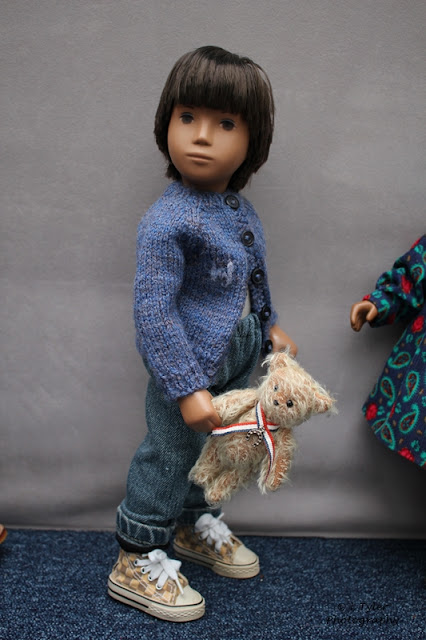 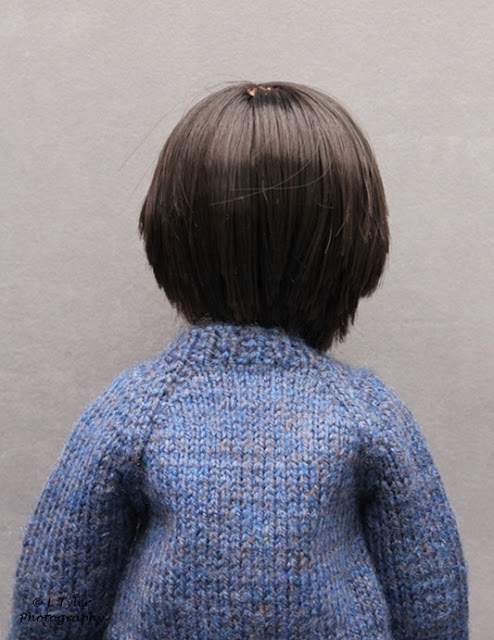 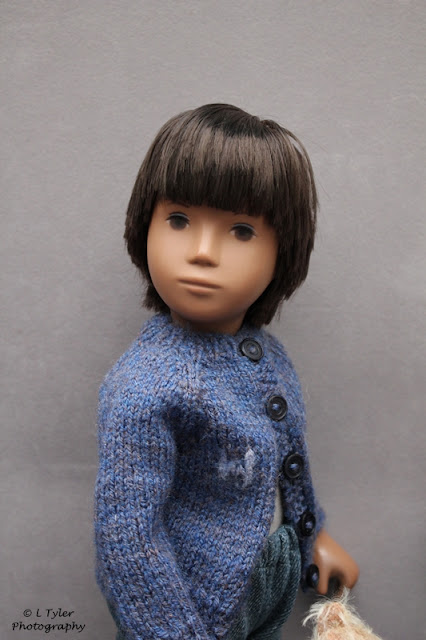 So what do you think?

Henry is pleased to have a full fringe again...it had been getting very sparse over the years, and although we had all got used to it like that, he thinks this look is pretty good. 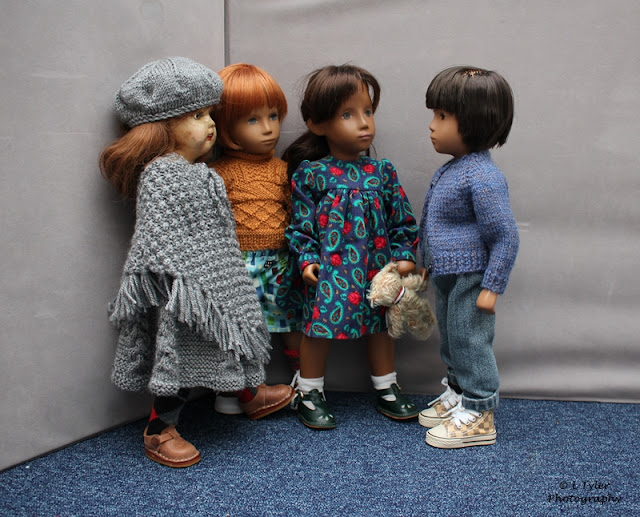 So what shall we do now?  He asks.

You've got a parcel waiting for you Henry.  Emily tells him.

Yes all the way from the USA.  Peggy Sue says.

I want to give a very special thanks to Pam for looking after Henry so well, and putting up with a very anxious 'mother' while he was undergoing surgery and for the steady supply of 'in progress' photos she sent.  Henry doesn't want to share those at the moment as he said they are of rather a 'personal' nature...but perhaps at a later stage.  We are so thrilled to have him home.