What are you doing Henry?  Lewis asks. 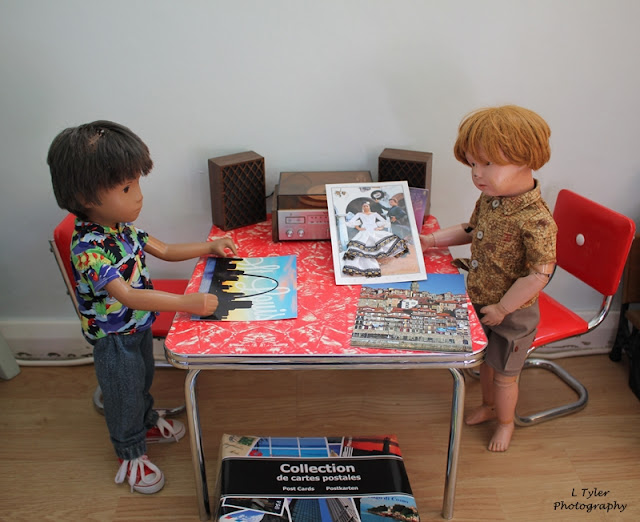 It is time to update my postcard album Lewis.  Henry says. 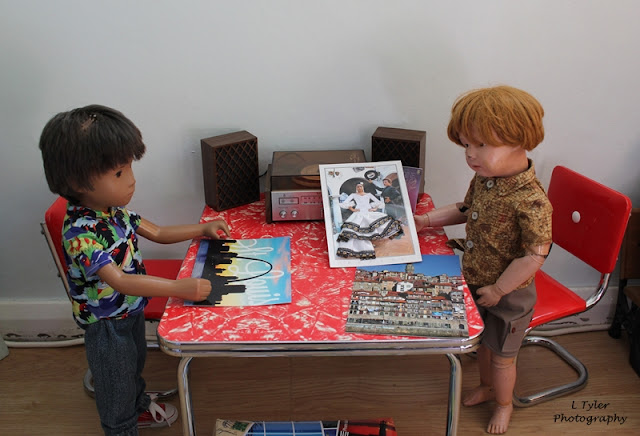 You've got some great new cards.  Lewis tells him.

Yes, I've got this one from Minnesota, from the Gregoropolis Gang and those two near your come from Hans' and Angelo's Dad Jesse from his trip to Europe.  Aren't they interesting?  Henry says. 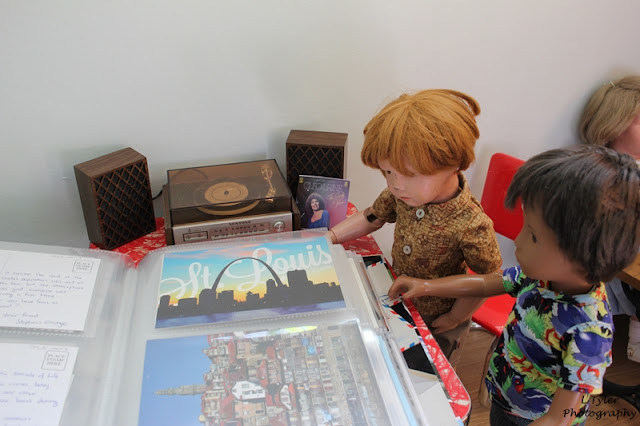 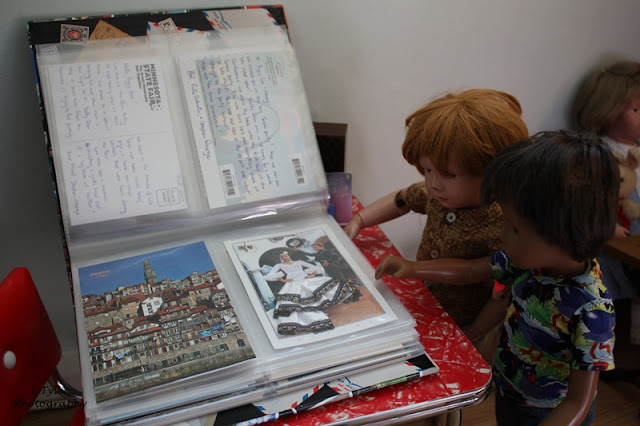 I think this one is such fun with the fabric skirt on the front.  Henry tells Lewis.

I've actually got to get some postcards sent as well. Henry says to Lewis.  I got them while on the Isle of Wight and when we were down in Cornwall.  I must try and do that this week.

The boys wander off to see if they can find the 'safe place' that the cards have been put in.